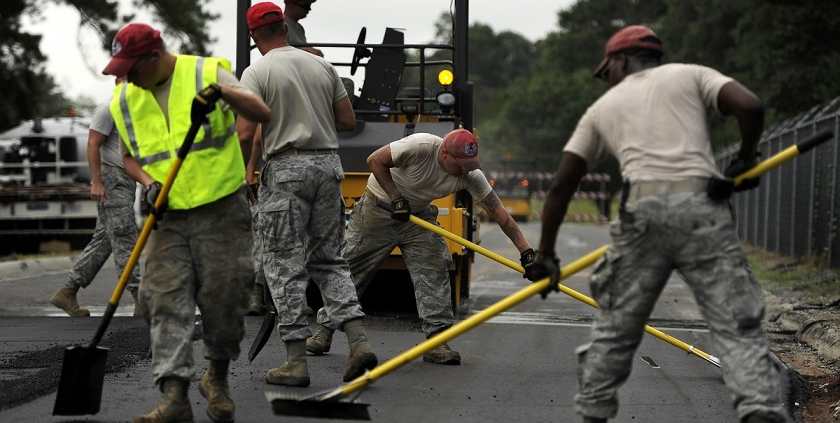 Between 2012 and 2018, soil loss mainly affected suburbs and semi-rural areas that play a key role in ecological balance with severe consequences for the climate, the European Environment Agency says

3,581 square kilometers, ore more than double the size of London’s metropolitan area, is the measure of soil consumption recorded in Europe between 2012 and 2018, according to data released in the latest report by the EEA, the EU Environment Agency. Analyzing the numbers on 662 functional urban areas (i.e., cities plus their suburbs) in the EU-27 and the United Kingdom, the researchers thus delineated the scale of a worrying phenomenon that impacts the lives of the majority of individuals. The surveyed zones, in fact, account for less than a quarter of Europe’s land area but are home to 75 percent of the continent’s population.

EU ready to work on soil law: “Net consumption must go to zero by 2050”

Commuting zones are most affected

According to the authors, nearly 80 percent of land consumption has occurred in commuting zones or, according to the official definition, suburbs closely connected to the urban system where at least 15 percent of residents work in the city. These semi-rural spaces, the report says, “are often important for wildlife, carbon sequestration, flood protection, and supply of food and fibres.”

These areas, where land use is less efficient (“Commuting zones have much more artificial areas per person than cities”), are therefore at the center of a particularly dangerous phenomenon with possibly devastating consequences. 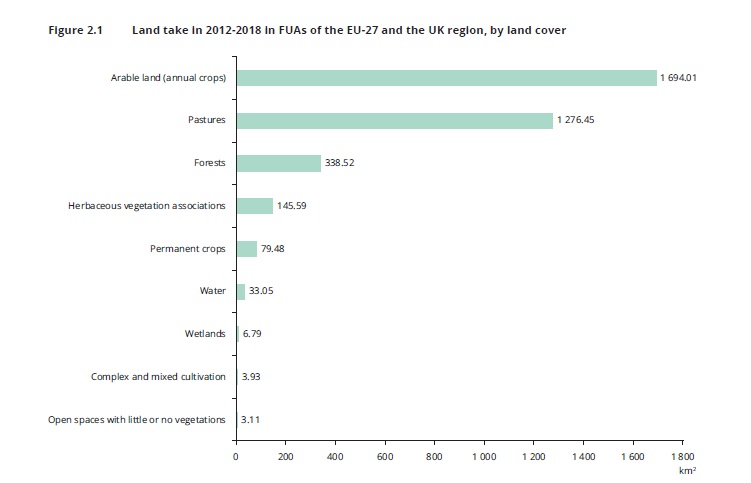 “The major land use pressure causing these changes”, the report says, “is the expansion of industrial and commercial units, the sprawl of residential areas and the expansion of construction sites.”

Among the hardest hit countries is Romania, where land consumption has affected about 9 percent of the suburban area. Slovakia, on the other hand, holds the highest record for urban land acquisition (3.9 percent). Among the least damaged nations are Malta, Greece and Slovenia. Italy records recorded low percentages: 1.81 percent in cities, 2.13 percent in commuting areas. 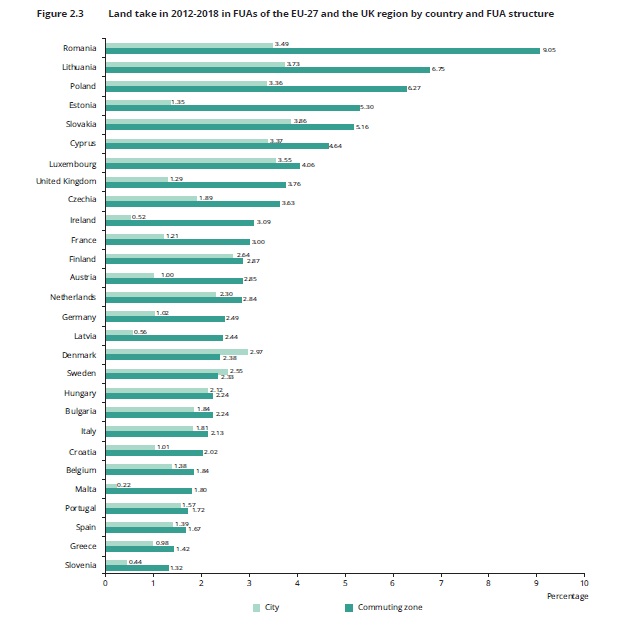 Countries most affected by land consumption in Europe 2012-18. Source: © European Environment Agency, 2022. Reproduction is authorised provided the source is acknowledged.

One of the most worrying trends is still soil sealing. This process has affected 1,467 km2 with serious consequences for climate and environment. Impermeable soil cover, in fact, impacts carbon sequestration. According to the authors, the loss recorded in the seven years under review amounted to 4.2 million tons.

In addition to damaging its biodiversity, moreover, soil sealing in urban floodplains increases the effects of flooding by preventing the absorption of water into soils. In these areas, the researchers point out, sealing in the period 2012-18 increased by 2.4 percent, covering about 146,000 hectares. Among the main causes are the development of new industrial, commercial and public areas. As well as the expansion of residential areas and construction sites.

European law on soil, full of proposals for the EU call

At the moment, the study points out, there are no binding policies on land consumption and soil sealing in Europe. New rules, however, could be approved soon as the EU Soil Strategy calls for member countries to set reduction targets until neutrality is achieved in 2050. When, hopefully, the total consumed area should no longer exceed the restored amount.

No less important is the Biodiversity Strategy, which calls for the regeneration of ecosystems affected by the phenomenon. Also supporting the call is the analysis of the Intergovernmental Science-Policy Platform on Biodiversity and Ecosystem Services (IPBES), which identifies urban sprawl as one of the main causes of loss of natural diversity globally. Under these premises, the researchers conclude, “Europe cannot continue its recent land take trends, as the continuous loss of ecosystem functions renders it increasingly vulnerable to natural disasters, while it continues to lose biodiversity.”