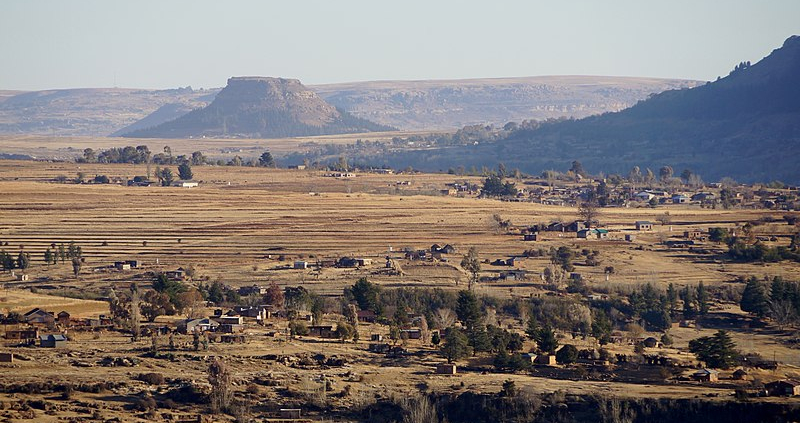 Lesotho’s wetlands are suffering from increasing soil degradation due to several factors including overgrazing, says FAO. The survey, conducted by the UN organization in collaboration with the local government, showed worrisome numbers: eroded soils were found in more than 30 percent of the surveyed areas, according to the researchers. The results, FAO further explains, are the starting point for the creation of a database for monitoring the environment in the African nation. A first step in implementing actions to fight degradation.

The field study in Lesotho

Launched late last year, the study collected data on the vegetation and conservation status of Lesotho‘s wetlands. By combining satellite information with the field survey, researchers were able to map the different areas by analyzing 861 observation points and drawing several conclusions. In total, about one-third of the soils showed a condition of erosion. Seven percent of these were characterized by overgrazing while 5 percent were suffering from the effects of agricultural conversion.

The role of wetlands

The research calls into question the importance of wetlands, which, says a National University of Lesotho study released in 2021, are rich in biodiversity and provide several services including water supply for agricultural use and carbon storage.

Not surprisingly, the authors reported, “these wetlands play an important role at the local, national and regional scales and form an important water resource for Lesotho, South Africa and Namibia. Despite their value, some of the wetlands have been lost and the condition of those remaining is declining, mainly due to anthropogenic factors.”

Over the years, widespread degradation of these areas has affected many regions around the world, including Europe. Restoration efforts aim to revive natural habitats as a climate change mitigation tool. Indeed, wetlands play a central role in landscape hydrology and the water cycle, producing favorable effects on climate.

The investigation will enable restoration activities

According to project promoters, the survey work will now enable effective intervention in countering the phenomenon. “The early detection of the invasive populations is crucial for better management, control, and eradication efforts,” said David Mwesigwa, project coordinator. “Information about the distribution and abundance of the invasive populations is thus very important in assessing the impact of the spread in wetlands.”

In this regard, “Mapping of vegetation using Earth Observations allows for the measuring and monitoring of the spatial distribution of healthy vegetation and of invasive species which are key information for restoration and protection activities,” said Lorenzo De Simone, FAO Geospatial Officer. The project, carried out in collaboration with the Ministry of Forestry and Soil Conservation and the Ministry of Water of Lesotho, is funded by the European Union through GIZ, the German Federal Agency for International Cooperation.