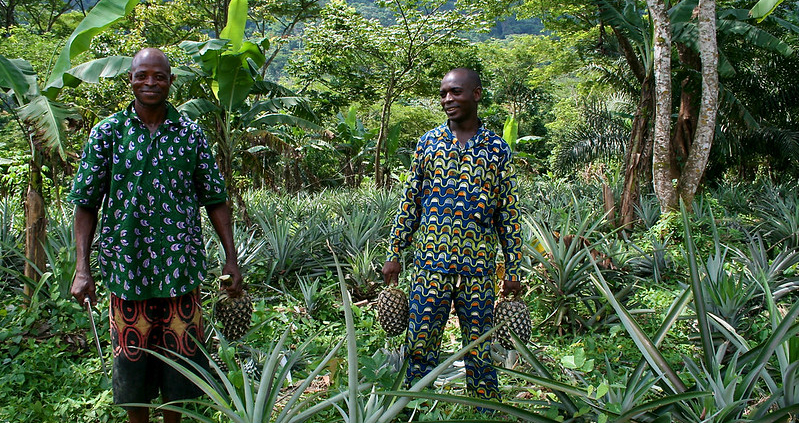 From 2002 to 2021, the protected area in southwest Nigeria lost 45 percent of its primary forest. The burden of fires is crucial. Socioeconomic and demographic factors are driving the trend

The future of the Akure-Ofosu Forest, one of Nigeria‘s major nature reserves, is at great risk, latest data quoted by the U.S.-based NGO Mongabay have suggested. According to the figures, released the Global Forest Watch project, a monitoring initiative sponsored by the U.S.-based nonprofit organization World Resources Institute, from 2002 to 2021, in fact, the area lost 45 percent of its primary forest, one of the largest remaining in the country.

“Satellite data from the U.S. National Aeronautics and Space Administration (NASA) suggest fire may have been the driving force behind much of Akure-Ofosu’s most recent spate of forest loss,” writes Mongabay . “NASA data show a spike in fire activity in the reserve in late January that burned around 5,000 hectares of land – higher than in years past.”

Established in 1936 and situated just 200 km (125 mi) from the megacity of Lagos, Akure-Ofosu Forest Reserve has long been a sanctuary for Nigeria’s diverse and dwindling wildlife.
Now, deforestation in the rainforest is on the rise as poverty soars. https://t.co/Uguji9SU2D

Fires and unemployment threaten the forest

During the 21st century, Global Forest Watch reports, the Akure-Ofosu forest area has seen 14,800 hectares of tree cover disappear. Determinant is the burden of arson, “often used to clear land for agriculture in Nigeria and elsewhere in the tropics.”

According to Orji Sunday, a Mongabay contributor, other socioeconomic factors including unemployment are also driving the trend.

Nigeria has lost more than 1 million hectares in 20 years

The case of the natural reserve located in the southwest of the country, is not unique. Deforestation, in fact, has been growing in Nigeria for at least two decades. According to Global Forest Watch estimates, since the beginning of the 21st century the country has lost more than one million hectares of natural forest, or 10 percent of its tree cover. The count includes 141 thousand hectares of primary forests and results in additional 527 million tons of CO2 emissions.

Poverty is the crucial factor

The demand for natural resource exploitation, Mongabay notes, is also fueled by the country’s persistent poverty. According to World Bank estimates, 80 million Nigerians, or about 40 percent of the population, live below poverty line. Covid’s impact, moreover, have increased that figure by 5 million people. With clear collateral consequences for the environment.

“Forest conservation can never flourish in poverty,” Babafemi Ogunjemite, a primatologist and professor at the Federal University of Technology in Akure, explained to Mongabay. “The margin of the poverty level is so high that anyone can sacrifice anything for food — including the forest.”

Over the years the government has chosen to loosen its grip on forest protection by allowing farmers to claim part of the reserve lands. Sources familiar with the matter told the NGO that farmers can settle in the protected territories by paying an annual fee of 10 thousand naira, about $24 at today’s exchange rate. The authorities classify these operators as “temporary occupants” even though their presence is permanent.

The effect of the booming population

In addition an enormous demographic pressure is acting on the country. Since 1950, Nigeria’s population has grown from less than 37 million to 216 million, according to UN figures.

“But sources said job creation has not kept pace, forcing people to choose between forests and their families,” Mongabay notes. This expansion has produced strong growth in livestock and agriculture with an obvious impact on resource exploitation.

The search for living space has also fueled a bloody conflict between herders and farmers over the years. According to Amnesty International estimates, this has led to more than 3,600 deaths between January 2016 and October 2018, when the surveys stopped. The federal government has tried to resolve the issue by proposing the establishment of special colonies for grazing. However, the initiative has been struggling with much resistance as farmers fear that ranchers could take advantage of the situation to permanently grab the land.