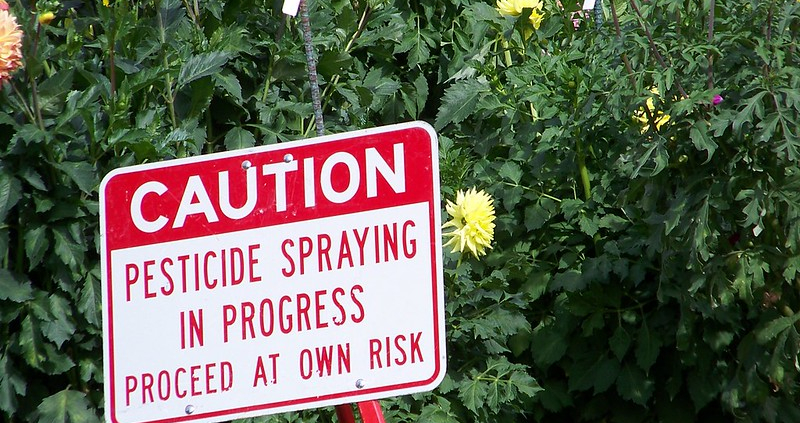 Fluorinated pesticides account for nearly 70 percent of all new pesticides introduced worldwide from 2015 to 2020, a research has found. But the environment struggles to deal with them. And their impact on human health is not negligible

Global agriculture is reckoning with a still underestimated growing problem: the spread of fluor-based substances contained in pesticides, a study released in the journal Environmental Pollution says. The investigation, quoted in recent weeks by Scientific American magazine, focuses on the persistent uncertainty surrounding the management of these chemicals amid widespread concerns about their impact on the environment and human health.

The substances – called PFASs – are generically defined as forever chemicals. “Forever chemicals—scientifically known as perfluoroalkyl and polyfluoroalkyl substances,—are a subset of so-called fluorinated chemicals, which possess strong carbon-fluorine bonds”, Scientific American says. “That means such chemicals are both highly stable and useful in products designed to repel grease and water. But it also means they do not readily biodegrade.”

These substances are hard to eradicate

Fluorinated pesticides – those that contain one or more fluorine atoms in their molecular structure – are reported to be particularly successful in fighting plant pests. Indeed, according to their promoters, their recognized chemical stability favors their prolonged action. This feature would make them a better solution than their PFASs-free peers.

But it is precisely their persistence that is now causing concern among scientists, According to Diogo Alexandrino, a researcher at the University of Porto, in Portugal, and lead author of the study, the half-lives of some fluorinated chemicals – or the amounts of time it takes them to dissipate by half in the environment – can be as long as 2 1/2 years.

“That is less than the half-lives of some older pesticides such as DDT”, Scientific American writes. “But at the upper end of the scale, it is still a relatively long time”. EPA, the U.S. Environmental Protection Agency, in fact, defines “persistent” those pollutants as having a half-life of 60 days or more.

A danger for human health

The problem, says Alexandrino , is that these pesticides can have “a very huge impact on the environment, on biodiversity and eventually on our own health.” In general, perfluoroalkyl substances are linked to a number of serious problems such as cancer, liver disease, kidney problems, high cholesterol, birth defects and weakened immune response.

Their prevalence, moreover, is not related to pesticides only. Over the years, in fact, the presence of these chemicals has also been detected “in rain, packaging and water used on crops.” Tests, the British Guardian newspaper previously mentioned, “are increasingly finding the chemicals in vegetables, seafood, meat, dairy and processed foods.”

The success of fluorinated products is a relatively recent phenomenon. At the end of the 20th century, their market share was around 9 percent. Today, by contrast, they are booming as they account for nearly 70 percent of all new pesticides introduced worldwide from 2015 to 2020.

“In a timespan of roughly 30 years, fluorine-containing pesticides drastically expanded their market share,” says the research. The trend is driven by two key factors: the development of new synthetic methods and the expiration of patents and other intellectual property rights that prevented distribution of these products to other companies.

Now, the authors say, “Despite their undisputed attractiveness for the agrochemical market, these pesticides display a set of features that can turn them into aggressive environmental pollutants which, combined with their widespread environmental distribution, forecast an array of impacts at the ecosystem level. However, these implications are still largely unknown, and more studies are needed for proper handling and legislation of these pesticides.”