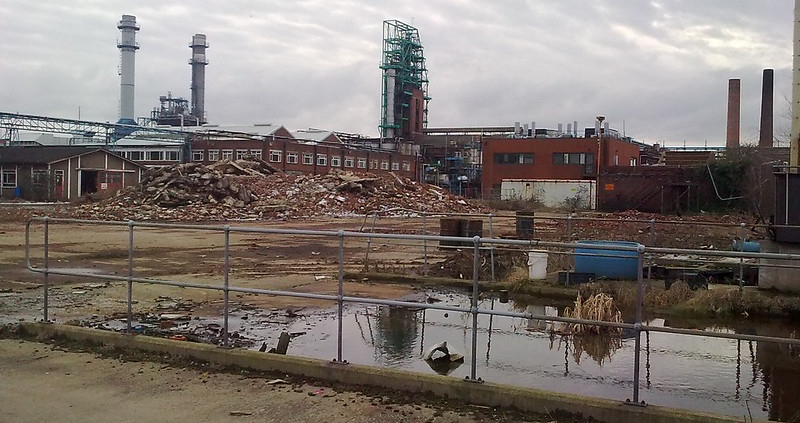 The UN organization presents the International Network on Soil Pollution, a project to tackle contamination and restore damaged lands. Fixing the problem – says FAO – is crucial to the achievement of the Sustainable Development Goals

“Soil pollution is invisible to the human eye, but it compromises the quality of the food we eat, the water we drink and the air we breathe and puts human and environmental health at risk.” This is how FAO experts describe one of the most harmful environmental phenomena for the Planet. These statements, already expressed in the past, resounded on April 22 on the occasion of the Earth Day when the UN organization officially launched the International Network on Soil Pollution (INSOP). The initive aims to “stop soil pollution and achieve the global goal of Zero Pollution”.

Human activities are always crucial, as in peace as in war. It is not surprising then that Joachim D’Eugenio, member of the Directorate General for Environment of the European Commission, calls into question the conflict in Ukraine and its environmental consequences. Human casualties are the greatest tragedy, that’s for sure. But the collateral damage should not be underestimated. And so while war-related contamination threatens one of the most fertile soil on the planet, experts’ attention is focused on the long list of factors endangering land everywhere. From industrial and mining processes, to poor waste management and unsustainable agricultural practices. And everything else, of course.

Here is how narcos are destroying Honduras’ forests

A global network against pollution

“Pollution knows no borders: contaminants are spread throughout terrestrial and aquatic ecosystems and many are distributed globally by atmospheric transport”, FAO says. “In addition, they are redistributed through the global economy by way of food and production chains.” Hence the need for an effective response. Which means bringing together policymakers and academics, the private sector and NGOs, the International Network aims to provide legislative and technical solutions to the problem through the exchange of experience. Four goals have been set: 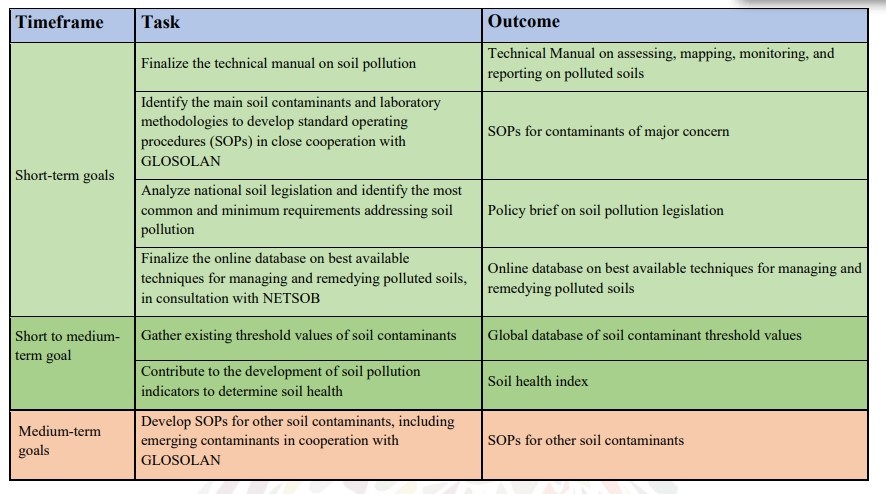 The short-, medium- and long-term goals of the FAO initiative. Source: Presentations Launch of the International Network on Soil Pollution (INSOP), April 22, 2022.

The numbers, after all, support the sense of emergency. Last year, the report “Global Assessment of Soil Pollution” highlighted how the impact of the most harmful human activities has grown in the 21st century. In 2018, in particular, global soil absorbed 109 million tons of synthetic nitrogen fertilizers. Moreover, between 2000 and 2017, pesticide use worldwide increased by 75%.

Plastic pollution is also a concern. According to the FAO, agricultural supply chains use 12.5 million tons of plastic products each year. Another 37.3 million tons are used in food packaging. The largest users are represented by the different segments of agricultural production and livestock, with 10.2 million tons per year combined. This is followed by fishing and aquaculture with 2.1 million tons and forestry with 200,000 tons. And not without consequences.

“We need a legally binding treaty on plastic pollution”

Developing countries are the primary victims

Economic and social consequences are devastating. “If we don’t solve the problem of soil pollution, we won’t be able to achieve the United Nations Sustainable Development Goals,” said Ronald Vargas, Secretary of the FAO Global Soil Partnership. Ravi Naidu, a professor at Newcastle University, suggests that the worst consequences will be felt mainly in developing areas.

Today, on the Planet, 80 thousand different chemicals are used but only 0.25% of them have been adequately tested to assess their safety, says the Naidu.

This is a huge problem, considering how long-term exposure to these products “can have devastating effects on the environment and human health”. In the world, moreover, there are 10 million potentially contaminated sites: a quarter of the total is in Europe, 30% in China and India. The remediation of these areas, Naidu says, represents the main challenge for the future. But these initiatives are almost absent in many poor countries due to lack of resources.

Remediation requires commitment at all levels

Tools, funding and support are not missing in Europe, where experience in decontamination practices can suggest useful approaches. John Vijgen, director of the International HCH & Pesticides Association, an organization founded in 1998 to promote the management of pollution problems, recalls the importance of collaboration between governments, private sector, local authorities and various stakeholders.

The case of the Lindanet project for the restoration of the territories contaminated by lindane, a pesticide used in the Old Continent until 2007, is particularly interesting, Vijgen says.  The banning of this pesticide has stopped the pollution of land and water but hasn’t solved the problem. To restore the areas still affected by the substance, the EU has set a number of goals at different levels.

These include the creation of a network of the most affected regions, the design of targeted actions in different territories and the involvement of various stakeholders.  The initiative was also designed to raise public awareness of the problem. Which is generally a crucial factor in the success of remediation programmes.