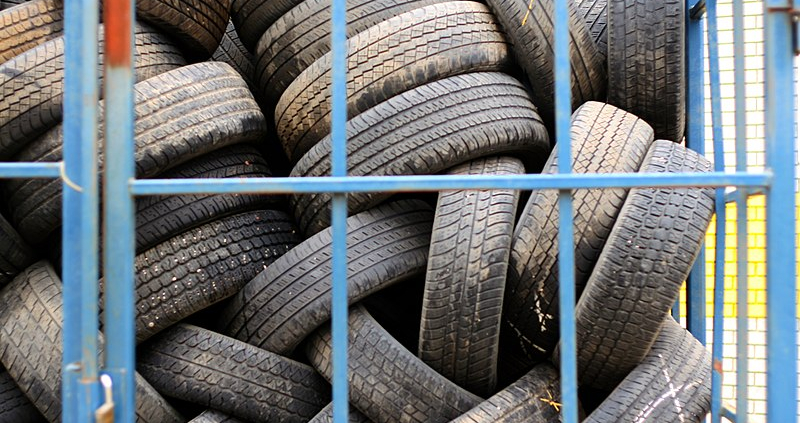 In 21st century, the development of rubber tree plantations has led to the destruction of more than 500 km2 of native forests in Africa, says Global Witness. EU regulation is still weak

Fueled by European demand, the rubber industry is allegedly responsible for massive deforestation in West-Central Africa quantified at 520 km2 since 2000, says a report released by the NGO Global Witness. This phenomenon also severely impacts the environment and the lives of local people due to the absence of adequate law enforcement initiatives at EU level. “The rubber industry is threatening the land, livelihoods and rights of local communities and destroying a crucial carbon sink,” explains a press release from the organization.

Global Witness research focuses on land conversion for the development of rubber tree plantations. This operation, which involves the destruction of the original forests, has particularly affected six countries: Cameroon, Gabon, Liberia, Nigeria, Côte d’Ivoire, and Ghana. By analyzing satellite data and concession information, the authors were able to quantify for the first time the weight of European demand in the growth of the sector, obtaining surprising numbers.

“The European Union imports 30% of all rubber shipped by Africa’s top producers, worth 12 times more than its imports of palm oil from the same region,” the study says. In addition, “Demand is also growing: the industry grew by a reported 9% in 2021, and is predicted to increase by a third by 2030.”

The NGO, on the occasion, highlighted the impact of this market by challenging some estimates released by a 2019 study taken up by one of the leading industry organizations: the European Tyre & Rubber Manufacturers Association (ETRMA). According to the industry association, European purchases of rubber, sugar, coffee, and cocoa would all together account for less than 5 percent of deforestation-related products imported into the Continent. In the case of rubber, however, the calculation takes into account only the raw material and not the finished products- including tires -acquired each year.

US Midwest forests have lost 8,000 years of stockpiled biomass

Three rubber corporations in the crosshairs

The rubber plantations examined by Global Witness belong almost exclusively to three large corporations: Singapore-based Olam and Halcyon Agri and Socfin, a public company from Belgium listed on the Luxembourg stock exchange. The three companies are suppliers to some of Europe’s largest tire manufacturers such as Michelin and Continental.

“These firms do not just rely on the EU market to sell their product but are bankrolled by some of Europe’s biggest banks,” the study continues. “Between 2016 and 2020, Olam made credit deals worth over $1 billion (€882 million) with Rabobank, and $768 million (€677 million) with BNP Paribas. In 2020, Deutsche Bank supplied a ‘sustainability’ loan worth up to $75 million (€66 million) to Halcyon Agri.”

These financial movements highlights the loopholes of European regulation. Indeed, the draft forest protection law under discussion in EU does not forbid banks from financing plantation operations neither restrict purchases of rubber linked to deforestation or forest degradation.

EU regulations do not work

The main problem is the controversial exclusion of rubber from the list of sectors covered by the regulations. The law, which is expected to be passed later this year, in fact bans purchases of products linked to deforestation only in some sectors including palm oil, beef and soybeans.

Last year, not surprisingly, Green MEPs questioned the effectiveness of the rules designed by the European Commission, criticizing the absence of control for some critical products (in addition to rubber, corn is also excluded) and the failure to protect other essential ecosystems other than forests but no less important such as savannas, wetlands and peatlands.

Companies would also not be required to verify whether the raw materials they use are linked to human rights violations. European imports are estimated to contribute 16 percent of tropical deforestation related to agribusiness and trade.

In addition to fueling poverty and insecurity for residents who are losing access to the land, the NGO notes, the destruction of forests in West and Central Africa negatively impacts climate change. In fact, these ecosystems make a major contribution to reducing emissions by absorbing three times the amount of CO2 released by France every year.

According to the most recent FAO data, Africa lost 49 million hectares of forest area between 2000 and 2018, emerging as the second most affected region after South America (68 million). During this period, 90 percent of global deforestation involved tropical forests, which, in total, suffered the destruction of 157 million hectares of land. An area as large as Western Europe.