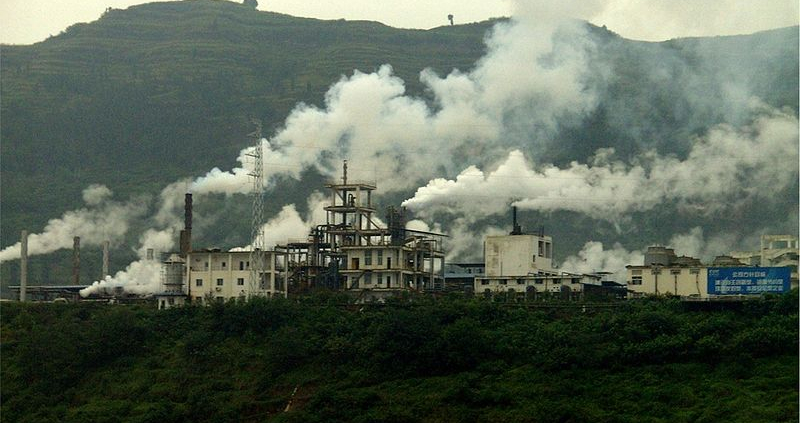 Starting next year, a new law to combat soil pollution will be in effect in the Chinese capital. The measure follows the directions of recent national legislation. But there is an unpromising precedent

China’s capital has issued new rules to combat soil pollution by controlling the use of pesticides and chemical fertilizers and strengthening monitoring on industrial plants. The rules, which will take effect next year, are part of initiatives led by provincial governments to implement a national law on the issue adopted in 2019 according to China Dialogue, an environmental nonprofit organization based in London and Beijing.

“China has been grappling with severe soil pollution for years,” the association writes. “In 2014, 16.1% of soil samples collected from around the country showed evidence of pollution,” whose primary sources “in the last century are non-ferrous metal mining, smelting and discharge of industrial effluent.” The phenomenon “poses a threat to the quality of arable land and food security.”

The country’s efforts to tackle land pollution began in 2016, Reuters says, when the government drafted a new plan of action. On the occasion, however, the agency notes, “the government has struggled to create incentives and financing mechanisms to pay for the clean-up, especially in old industrial or rural regions where property prices are low.”

Greenpeace had also spoken on the issue. In a study carried out together with Nanjing University‘s Institute of Ecology and Environment, the NGO focused on the negligence of local governments, which were accused of carrying out remediation operations too fast in order not to slow down the sale of land.

In 2018, Reuters still reported, the granting of land-use change permits had earned China’s local authorities total takings of nearly 6.5 trillion yuan ($970 billion). Contaminated land operations had generated about 1 trillion yuan (more than $150 billion) in the same year. Just 7 percent of the sum had been spent on remediation interventions.

The plan to fight pollution comes alongside another major initiative: the national soil census. This is a huge effort to update the last survey on the topic conducted 40 years ago. “The last four decades have seen rapid, resource-intensive economic growth in China. Chinese people enjoy a better quality of life now, but the soil has paid a heavy price,” China Dialogue explained in recent months.

Moreover, “A new survey is essential for understanding and protecting soils, and it will help ensure food security and progress towards China’s peak carbon and carbon neutrality targets.”

The two issues are closely linked. Indeed, years of intensive agriculture and increasing exposure to wind and rain have fueled soil erosion and depletion. Drastically reducing the concentration of organic matter. The carbon content of Chinese soils, the environmental organization points out, is still 30 percent lower than the world average.

The problem of soil quality is linked with the pollution issue. “China – short on arable land, large in population – uses too much fertiliser: 33 per cent of all that is produced globally, despite having 8 per cent of the world’s arable land,” the organization says. “That causes acidification and dense, hardpan soil.”

Soil acidification also causes the absorption of heavy metals with an obvious impact on the availability of food produced.

Most attention is focused on the so-called black soil, the most fertile terrain in the country, which is mainly located in Heilongjiang, Jilin and Liaoning provinces and contribute to the production of 50 percent of China’s rice, 41 percent of soybeans and 34 percent of corn, according to Bloomberg. Protecting soil health in these areas is obviously crucial to the nation’s food security.