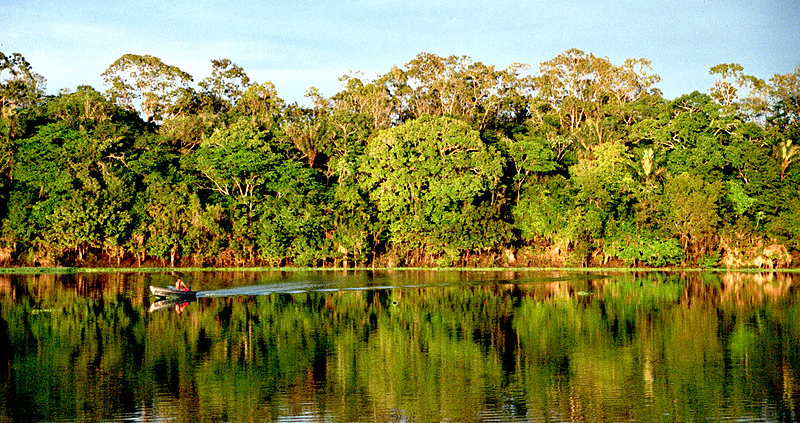 In the Brazilian Amazon, costs per hectare of anti-deforestation policies are hundreds of times lower than in protected areas in Europe. But government commitment remains largely weak

Brazilian Amazon could be saved with little expense. All it would take is political will. That is the conclusion of a recent study quoted by the American NGO Mongabay. Transforming more than 80 percent of the Planet’s main forest into a protected area would imply about half the expenditure incurred by the European Union for the protection of its conservation areas, according to a survey conducted by a pool of researchers from the Universities of Miami, Belém and Rio de Janeiro.

Protecting Brazil’s Amazon could be a bargain — if the government were willing to pay https://t.co/ca1Esoecu7

Once completed, annual maintenance costs for the entire protected area would be between $1.7 billion and $2.8 billion per year.

Considering that the extent of the total protected area exceeds by more than two hundred times the size of the safeguarded territory in Europe, the resuting costs per hectare are on balance incredibly low.

The main driver of the gap is the size of the territories, which appear much less disaggregated when compared with their European counterparts. “A key factor explaining the difference between the costs is the distribution of the respective protected areas in the Amazon and in Europe,” writes Mongabay quoting José Maria Cardoso da Silva, a researcher in the Department of Geography and Sustainable Development, University of Miami and co-author of the study.

“While the European system includes hundreds of small conservation units located amid densely populated areas,” the NGO notes, “in the Amazon they consist of large swaths of forest areas with low population density.”

The expenditure estimate first takes into account the expected labor costs in the different protected areas – such as indigenous lands, vacant public lands and conservation priority areas – and the number of workers needed to manage each territory. To make a reliable estimate, the researchers took into account the average annual salaries of public company employees, obtained from the Brazilian Institute of Geography and Statistics (IBGE), and doubled the total. This provides a realistic figure that takes into account additional burdens such as infrastructure maintenance, transportation and more.

The study highlights significant management failures in the Amazon by implicitly calling government choices into question. So-called “free public lands” in the forest, for example, could easily be turned into protected areas. But in many cases this is not happening. A 2020 study by the University of Belém, for example, found that nearly one-fifth (23 percent) of the 49.9 million hectares of vacant public lands in the Brazilian Amazon are illegitimately registered as private property.

In addition, a research released in recent months in the journal Environmental Research Letters pointed out that in 2019-20 nearly 98 percent of reports of illegal deforestation practices in the region resulted in nothing. The survey, by a team of researchers led by Marcondes G. Coelho-Junior, a researcher at the Instituto de Florestas of the Universidade Federal Rural do Rio de Janeiro, is a clear act of accusation against President Jair Bolsonaro‘s cabinet.

The government spends just 0.03% of its budget for the Amazon

Also highlighting the scale of the problem is the small size of investments. By 2022, Mongabay notes, the combined budget of the two main land protection agencies-Funai and ICMBio-is just over $250 million, a figure equal to just 0.03 percent of Brazil’s public spending. The one headed by Jair Bolsonaro, the NGO recalls, is also the first government since the end of the military dictatorship (1985) not to have demarcated any of the 235 indigenous territories still awaiting official recognition.

“The conservation costs of the existing conservation system in the Brazilian Amazon are mainly covered by the government budget with some support from international collaboration initiatives,” the researchers write. “However, these resources are insufficient, and there is a considerable funding gap across all types of conservation areas.”

In recent years, the authors write, executives have reduced spending in support of the areas. “The main reasons are recurrent severe economic and political crises as well as the anti-environmental attitude of the current government.”