The European Parliament approves a resolution to provide the Union with a “Paris Agreement” on plant and animal biodiversity. Agriculture and forestry considered strategic. In the text, also the request for an irreversible stop to glyphosate after 2022

After the soil, it is the turn of biodiversity. The European Parliament seems to want to decisively assume the role of driving force of the EU for the ecological transition. Last Wednesday it approved a new resolution to ask the Commission and, indirectly, the Member States, to approve a binding regulatory framework in favor of biodiversity. And to also align the Union in favor of a global “Paris Agreement” dedicated this time to the protection of plant and animal diversity. First step: the United Nations conference scheduled for next October, which will establish the course on global biodiversity until 2030 and beyond.

The risk of a sixth mass extinction

The Eurochamber – with 515 votes in favor, 90 against and 86 abstentions – on the one hand appreciated the ambition of the EU biodiversity strategy for 2030 and the goal of making ecosystems resilient and adequately protected by mid-century.

For MEPs, however, what has been done so far is by no means sufficient to hope to achieve those goals: “the European Union has not achieved the biodiversity targets set for 2020″ underlines the approved text, which also reiterates the need for the new strategy to the next decade adequately addresses all five major factors of change in nature: changes in land and sea use, direct exploitation of organisms, climate change, pollution and invasive alien species. “We need to do more to reverse the decline in biodiversity loss,” MEPs say. “Global warming – they recall – is putting a strain on habitats and ecosystems. Human activity threatens a million species around the world ”.

For example, the text recalls that according to the IPBES (Intergovernmental Science-Policy Platform on Biodiversity and Ecosystem Services) one million living species out of 8 million are at risk. A sixth mass extinction situation. 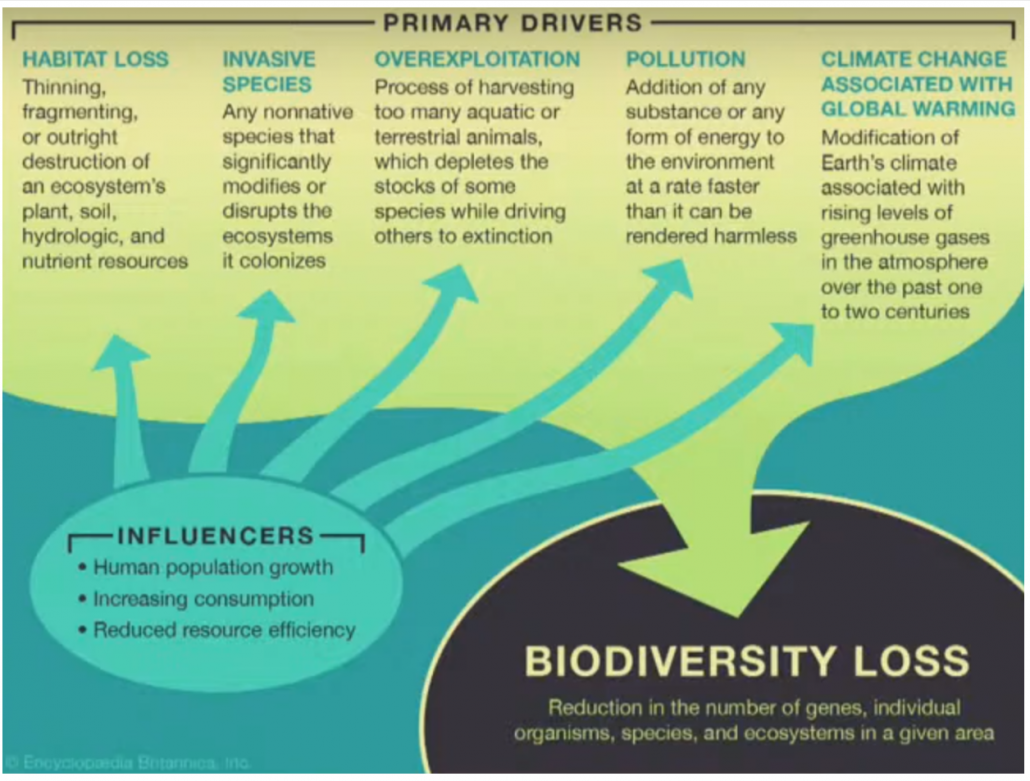 What are the main factors of biodiversity loss? SOURCE: Encyclopedia Britannica.

30% of the EU land and sea areas to be protected

The EU is certainly not starting from scratch: for example, it has the largest network of designated natural areas in the world. But seas, forests and ecosystems need greater protection from human activity. The biodiversity strategy aims to protect at least 30% of marine and terrestrial areas, including a wide range of ecosystems: forests, wetlands, peatlands, grasslands, coastal ecosystems and provide even stricter constraints for at least 10% of the territory, including the remaining primary and ancient forests and other carbon-rich ecosystems.

“Those goals are ambitious. Now we have to make them binding, ”comments César Luena, Spanish MEP from the Socialists and Democrats group, rapporteur for the resolution on biodiversity. “Let’s create a European law on biodiversity similar to the one in force on the climate. We must protect our land because it is essential to protect animal and plant species. It is therefore necessary to establish a governance framework until 2050 ”. 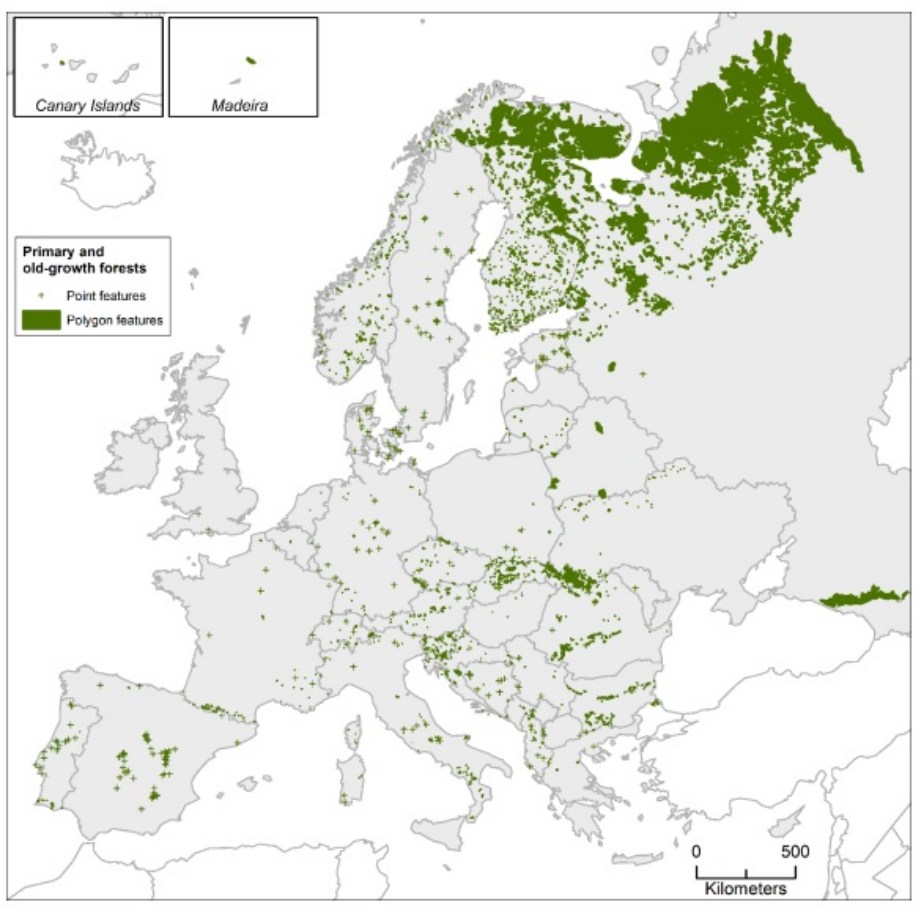 Resources for 20 billion a year

To do all this, adequate resources are obviously needed. In the approved text, the European Parliament asks the EU to allocate at least 20 billion euros every year for activities in favor of biodiversity. Moreover, the document stresses that the actions must concern both the countryside and the cities: the proposal is to create a European platform for urban greening and binding objectives, such as a minimum share of green roofs on new buildings and a ban on their use. of chemical pesticides.

“No longer authorize glyphosate after 2022”

But the use of fertilizers and pesticides is especially worrying in the agricultural sector. According to Brussels, the protection of biodiversity can only pass through a transition towards low environmental impact practices that make it possible to protect soils and pollinating insects. For the latter, a monitoring framework is also proposed at continental level with precise indicators and objectives to stop their decline.

It is therefore significant that in the text of the Eurochamber the prohibition to reauthorize the use of glyphosate after 31 December 2022 is expressly indicated.

The importance of sustainable forest management

In addition to agriculture, the text of the resolution also stresses the need to strengthen sustainable forest management. An analysis carried out by FSC Italy on the occasion of Earth Day 2021 revealed that forest areas managed responsibly are able to reduce soil erosion by 8 times and increase the organic carbon stock by 300%. indispensable for combating climate change and keeping the land healthy. It therefore becomes essential – recalls the parliamentary document – to develop an approach that knows how to combine the protection of biodiversity and the climate with a thriving forest sector and a sustainable bioeconomy. Forestry and agriculture play a primary role in food sovereignty and the success of the Green Deal.