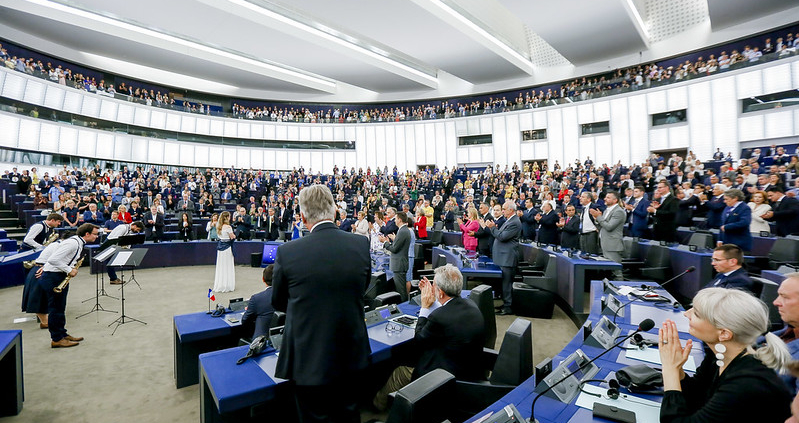 The Environment Committee of the European Parliament calls on the EU Commission to design aa legal framework in order to protect soil. But time is running out: “Healthy soils are essential to achieve Green Deal targets”

Members of the Environment, Public Health and Food Safety Committee (ENVI) of the European Parliament adopted Friday a resolution calling on the EU Commission to to design a legal framework for the protection of soil. The resolution was approved in recent days with 73 votes in favor and 7 against. “Currently there is no coherent and integrated EU legal framework for protecting Europe’s soil”, MEPs say, “with measures on soil protection fragmented among many policy instruments that lack coordination and which are often non-binding”. That’s why a special attention to soil “should be paid in the implementation of EU-related policies and, in particular, those related to agriculture, forestry, water and waste management, industrial emissions and international trade agreements.”

MEPs call on the Commission to design an EU-wide common legal framework for the protection of soil, with full respect of the subsidiarity principle@EP_Environment resolution adopted with ⬆️73 ⬇️7 ↔️0

Created after an earlier proposal was withdrawn in May 2014 by the Commission, the resolution “represents Parliament’s political message ahead of the adoption of the new EU Soil Strategy.” This most recent initiative, which is currently subject to public consultation, is part of the broader Biodiversity Strategy 2030. The MEPs, in particular, stress that “are essential to achieving the objectives of the European Green Deal, such as climate neutrality.” On the occasion, MEPs also emphasize the importance of ecosystem services provided by the soil and its key role in guaranteeing food safety and supplying raw materials. As well as in carbon capture and the prevention of floods and droughts. The request by ENVI Committee is expected to be confirmed by the Parliament during the plenary session scheduled from April 26 to 29.

The document approved by the parliamentary commission also focuses on the excessive use of chemical fertilizers, an issue that has already been addressed by a number of organizations, including the UN Environment Agency, FAO and WHO. MEPs are also asking the EU Commission to prevent soil sealing or the land coverage caused by cementification that leads to soil degradation, loss of fertility and biodiversity, and soil dehydration. According to estimates, the problem costs Italy an average loss of 16 hectares of land per day. But the problem clearly affects the entire region.According to the European Environment Agency, from the mid-50s to the present day, the total area occupied by the cities of the Old Continent has expanded 78%, much more than population growth (33%) recorded in the same period.

There’s no time to waste for European soil

Finally, MEPs express support for the launch of the Horizon Europe mission for “Soil Health and Food”, while insisting that the multifunctional role of soil should be adequately addressed in research and that existing funding programmes should be adjusted in order to reflect this approach.” Lawmakers also call on the Member States and the Commission “to improve and speed up the collection and the integration of data on the status and threats to soil at the EU level and to introduce measures for harmonised data collection, exchange of information and best practices on soil protection across the Union”.

UE Mission Soil aims to ensure that at least 75% of the European soils are healthy by 2030. And there’s no time to lose. In less than ten years, European soils with a high or very high desertification risk have increased by 177,000 km2, pretty much the same extension of two medium countries such as Greece and Slovakia. While European soils in bad shape represent today at least 60% of the total cultivable area.