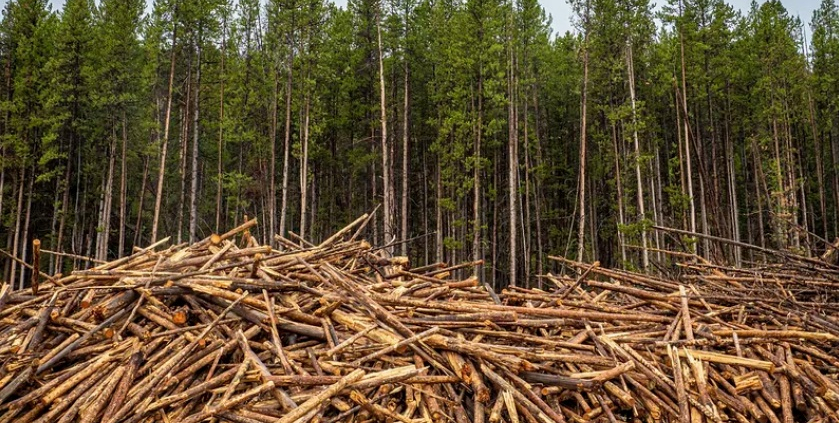 Deforestation poses enormous risks for investors, says a UN research. By 2030, companies at the center of the global food supply system could lose up to 26 percent of their value

Deforestation is not just a driver of climate change and a threat to food security but also a potential time bomb for financial investors. By betting on the sectors involved in indiscriminate exploitation of resources, in fact, financial players are likely to face huge losses in the future. Just like their peers still exposed on the fossil sector. So suggests a study by UN Climate Change High-Level Champions, an organization sponsored by the United Nations to help achieve the Paris climate goals.

According to the authors, a rapid shift in land use appears no less necessary than the energy transition. “Forest, land and agricultural industries,” the report says, “contribute 22% of global emissions – the second highest emitting sector after energy”.

Investors appear to have long been aware of the risks associated with excessive exposure on climate-impacting energy sources. But the negative consequences associated with operations in the agriculture, forestry and land use sectors are still overlooked by most of them.

In response to this problem, the study tried to estimate the impact of the green transition on the value of 40 of the world’s largest agribusiness companies with a combined capitalization of more than $2 trillion.

“Individual firms at the centre of the global food supply system could lose up to 26% of their value by 2030,” the study says. And there’ s more.

An impact greater than the 2008 crisis

The point, the researchers observe, is that this contraction in value is not a one-time phenomenon. In other words, it is not a matter of facing a one-off cyclical shock, but rather of going through lasting losses. The amount of them, the survey continues, averages more than 7 percent of capitalization or about $150 billion.

This figure is even more impressive, by way of comparison, than the long-term potential output loss resulting from the 2008 financial crisis. That in OECD countries was then ranging around 5.5 percent.

Therefore, to avoid going through an even worse experience than the one suffered in the past, the authors call for forward-looking choices by the financial world. Urging investors to exclude from their portfolios those companies that are involved in the deforestation process.

Despite the overall lag in the industry, the organization notes, something seems to be moving globally. Nigel Topping, UK representative of High-Level Champions, notes, for example, that “over 30 financial institutions with more than USD$8.7 trillion in assets under management have already signed the Financial Sector Commitment Letter on Eliminating Commodity-Driven Deforestation, with a target date of 2025.”

This is not enough, Topping points out. But the initiative, however, shows how it is possible, as well as necessary, to “protecting against financial, regulatory, and reputational risk in their portfolios.”

Peter Harrison, managing director of Schroders Group, shares the same idea. “Today’s new research underscores the critical role nature must play in how we – as investors – understand risk and spot opportunities,” he says. “The reality is stark: nature risk is fast becoming an integral factor to investment risk.”