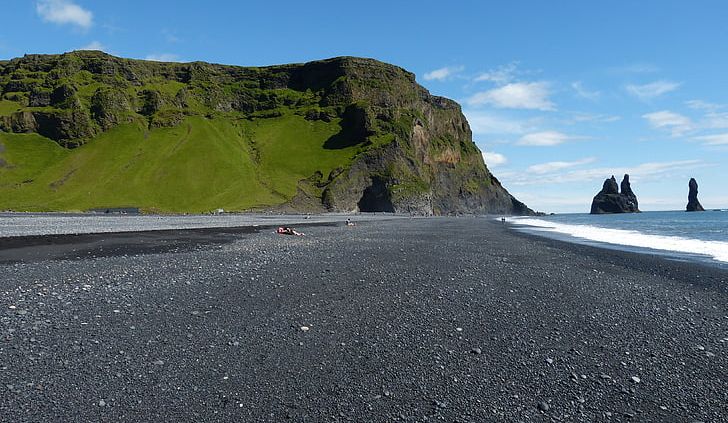 Basalt rock dust could be a significant driver of carbon sequestration in soils and a powerful fertilizer. US researchers are trying to assess this circular solution

Sooner or later even basalt rock dust could join the list of the most effective soil amendments according to a U.S. research. Investigation is still in progress and it has been reported by Yale Environment 360, the environmental magazine published by the university based in New Haven, Connecticut. The study, led by Cornell University professor Benjamin Houlton in cooperation with scientists from the Working Lands Innovation Center, a Californian research consortium, aims to test a new solution to increase land productivity while reducing emissions.

The use of basalt, in fact, appears to contribute to carbon sequestration in soils. A crucial property for a sector with an high environmental impact such as agri-food industry, which is known to be responsible for about one third of anthropogenic emissions. Test are currently underway in California and New York. Further studies are carried out on wheat crops in Illinois, sugar cane cultivations in Australia and soybeans fields in Canada.

How Adding Rock Dust to Soil Can Help Get Carbon into the Ground – Yale Environment 360 #biochar https://t.co/sSxOVg5rbr

The Working Lands Innovation Center operates with the goal of fostering climate mitigation in the agricultural sector. That’s why its researchers have been trying to measure the carbon capture capacity of soils treated with various amendments including compost and biochar. Test trials on basalt dust are still ongoing. But background theory is encouraging.

“According to the U.N. Intergovernmental Panel on Climate Change (IPCC), rocks naturally remove 1 billion tons of carbon dioxide a year from the atmosphere,” writes Yale Environment.

Moreover, “Adding rock dust to agricultural lands speeds up the chemical reactions that lock carbon up — for thousands of years — in soil. If applied to croplands globally, rock dust could theoretically help suck an estimated 2 billion to 4 billion tons of carbon dioxide from the air every year, between 34 percent and 68 percent of the global greenhouse gas emissions produced by agriculture annually.”

The choice of soil amendment is not accidental. Basalt, which contains magnesium, calcium and silica, in fact, is a typical waste product of mining industry and is easy to find around the world. “When the rock is pulverized and applied to soils,” the Yale magazine says, “magnesium and calcium are released from the silica and dissolve in water as it moves through the soil. The minerals in the soil react with the water and carbon that would otherwise go back into the atmosphere, forming bicarbonates.”

Data are once again promising. Just like preliminary findings. Last year, a survey by the Leverhulme Centre for Climate Change Mitigation at the University of Sheffield estimated that applying rock dust to all agricultural soils in China, India and the United States would allow the sequestration of up to one billion tons of CO2. At the experimental sites, researchers say, “initial results show a doubling of carbon uptake.”

Fertility is growing (but watch out for transport impact)

Benefits in terms of fertility, according to Yale Environment, are also clear. “Field tests on corn and alfalfa show increases in crop yields thanks to rock dust, which releases other essential nutrients such as phosphorous and potassium”. In some cases, “yields are 30 percent higher.” Initial measurements conducted on hemp fields in New York City seem to confirm this trend.

Scientists now hope that the rock dust technique will give farmers the opportunity to reduce fertilizer use while being rewarded in carbon market. However, the total trade-off has yet to be determined, they admit. Researchers, in fact, need to assess exactly the basalt transportation costs (and the resulting impact in terms of CO2 emissions) and collect more conclusive data on carbon sequestration and crop yields.