Boeri Studio’s project to install forests on skyscrapers is about to become reality in the Far East: four will be inaugurated in Huanggang and Nanjing by May. They will make it possible to cut tonnes of CO2 and microparticles, reduce energy consumption and increase biodiversity through the rediscovery of native species

The first tree to be lifted by crane to the 25th floor, 90 metres above the ground, was Osmanthus fragrans, a species native to central China. It was soon joined by another 395 trees, 3,600 shrubs and 12,000 perennials. All of this multiplied by two. The location is symbolic: the province of Hubei, which sadly attained worldwide notoriety because of the Covid-19 epidemic which originated in its capital city, Wuhan. Just 80 km away, in the city of Huanggang, two skyscrapers will soon house the first “Vertical Forests” in China, which will be officially inaugurated in February 2021.

A measure of excellence of Italian green architecture

The project is the brainchild of the Italian architect Stefano Boeri, who had already designed the futuristic Vertical Forest in Milan six years earlier. The contents vary but the objectives are the same: make use of urban buildings to spread systems capable of absorbing CO2 and microparticles generated by heating systems and traffic, while also reducing consumption of energy by air conditioning. “We are delighted that the concept of the Vertical Forest is beginning to spread throughout China,” said the architect Stefano Boeri. “As was the case with the first Vertical Forest in Milan, the towers in Huanggang and Nanjing will become a benchmark for sustainable green architecture throughout Southeast Asia”.

Two more Vertical Forests in May

Shortly after the inauguration of the skyscrapers in Hubei, another two Vertical Forests will be completed in the Nanjing Pukoh district, 300 km from Shanghai. Trees have also started to reach the balconies of the two towers in Nanjing. Following completion of the works, the buildings will host 27 native plant species, 600 large trees, 200 medium-sized trees and over 2,500 shrubs and hanging plants. The greenery that will cover the 4,500 square metres of surface area will contribute to the regeneration of local biodiversity and the reduction of CO2 emissions by around 18 tonnes, while producing up to 16.5 tonnes of oxygen every year.

What will be housed in the skyscrapers

The first tower, 200 metres high and crowned at the top by a green lantern composed entirely of a 5,000 square metre enclosure covered in creepers, will include a museum, a green architecture school and a private rooftop club. The 108 metre high second tower will include a Hyatt Hotel with 305 rooms and a swimming pool on the fourth floor. The inauguration of the two Nanjing towers is scheduled for May 2021. 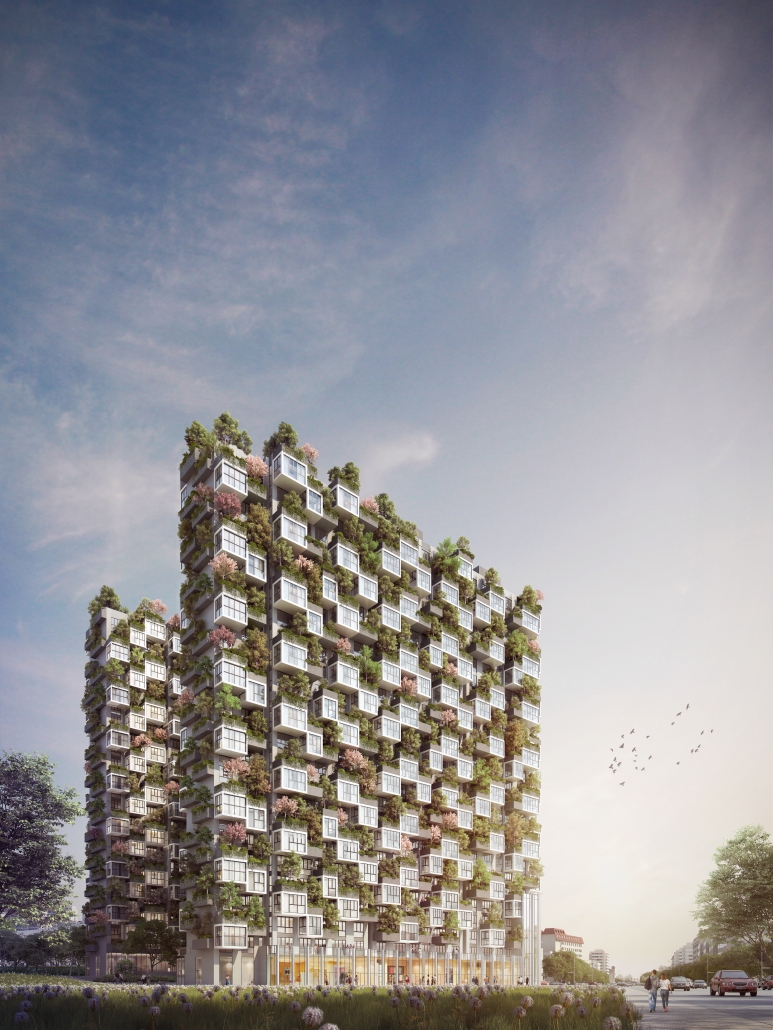 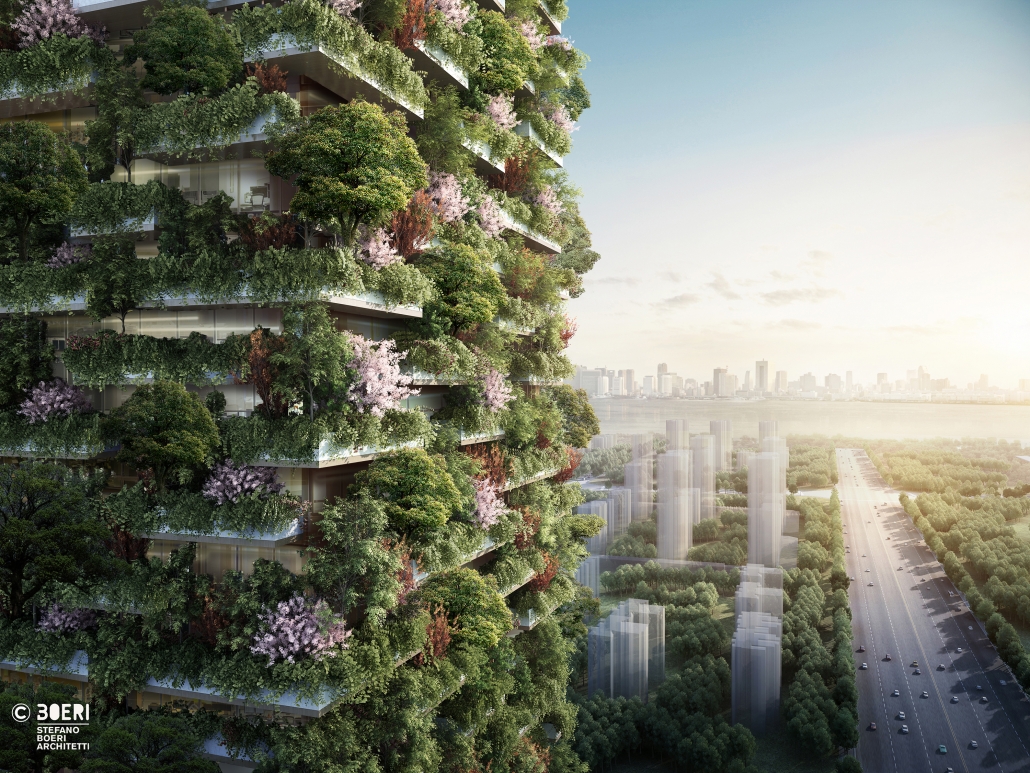 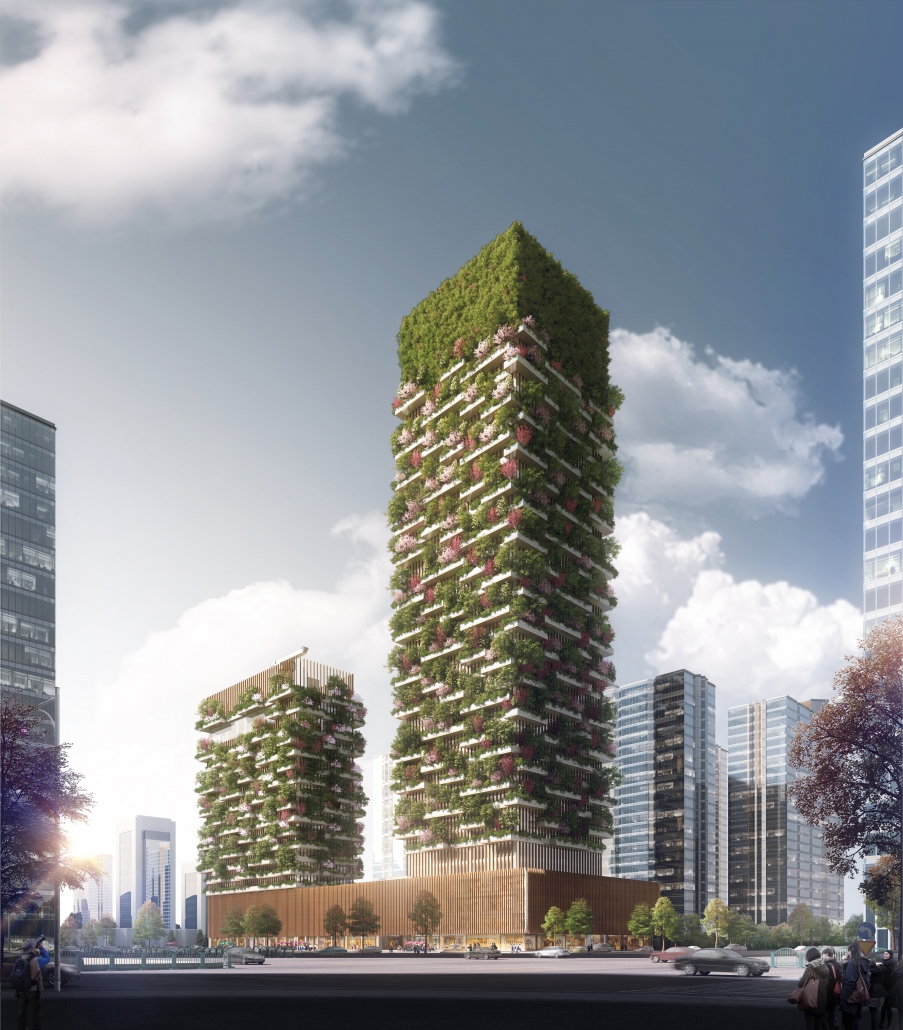 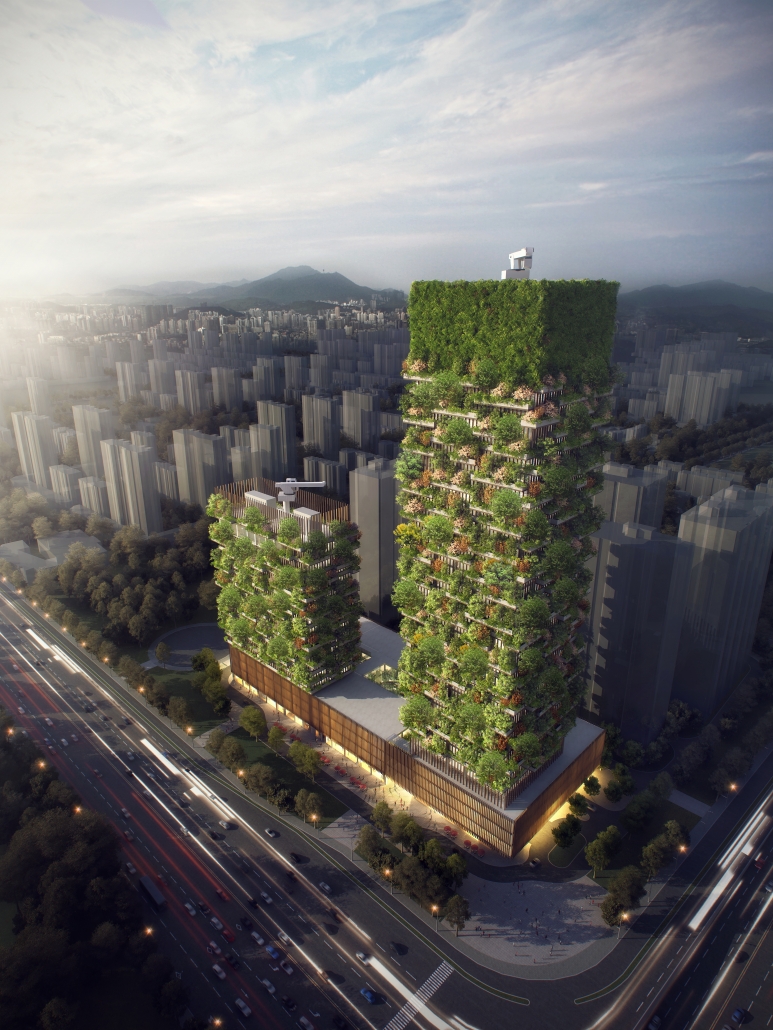 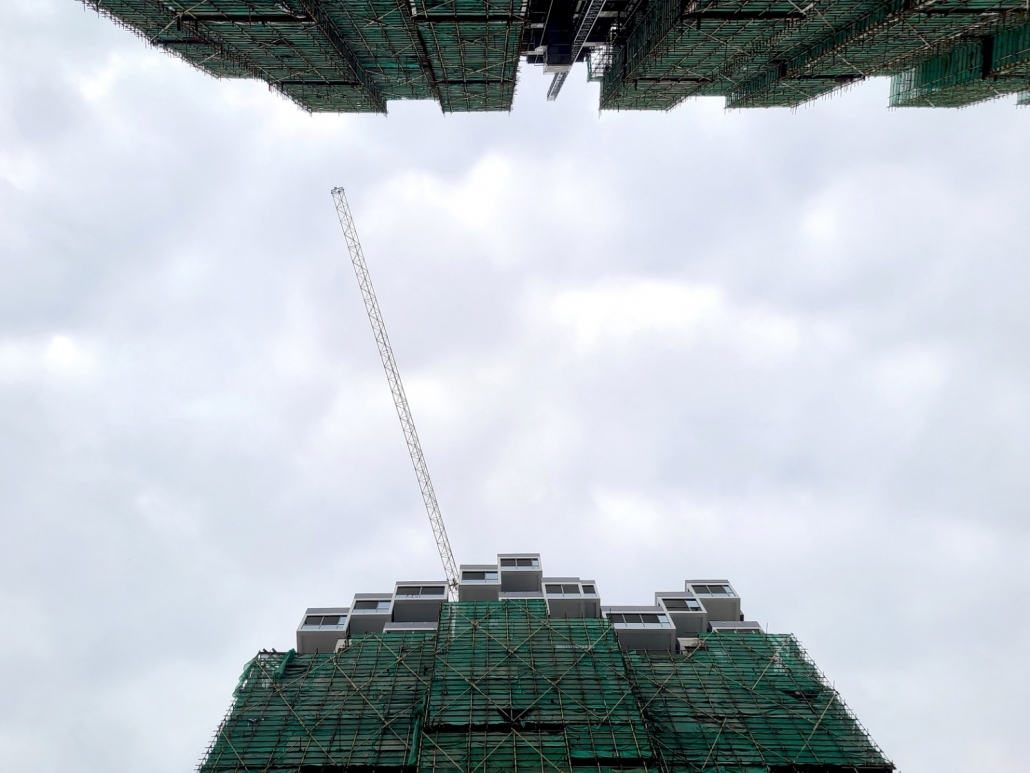 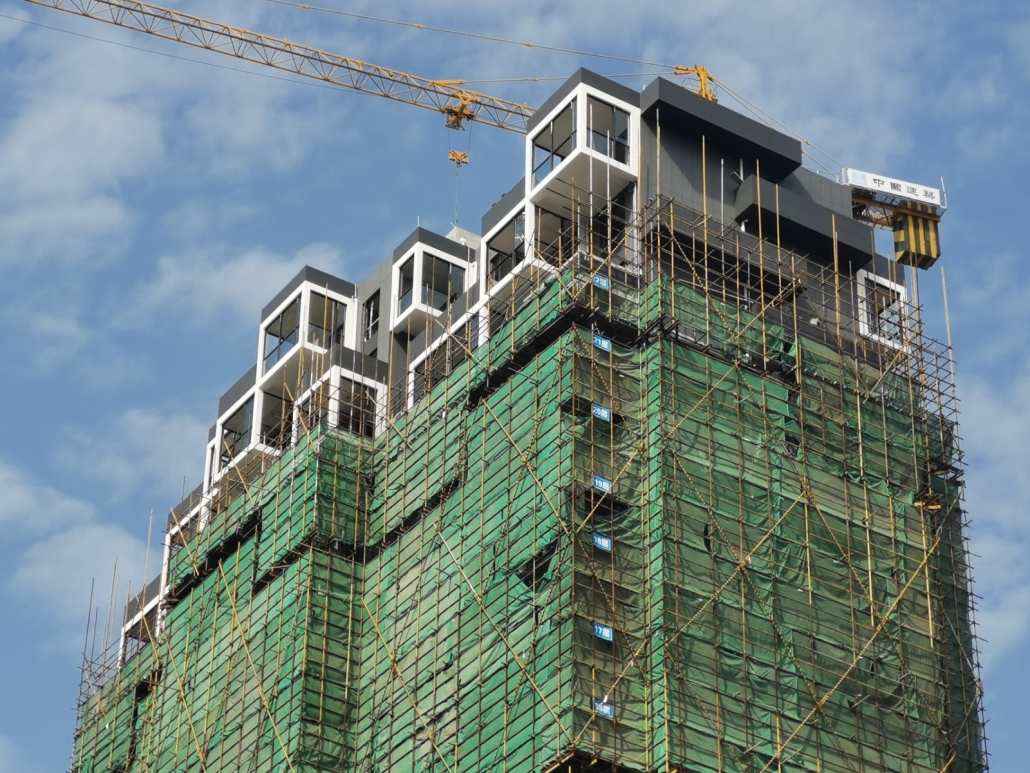 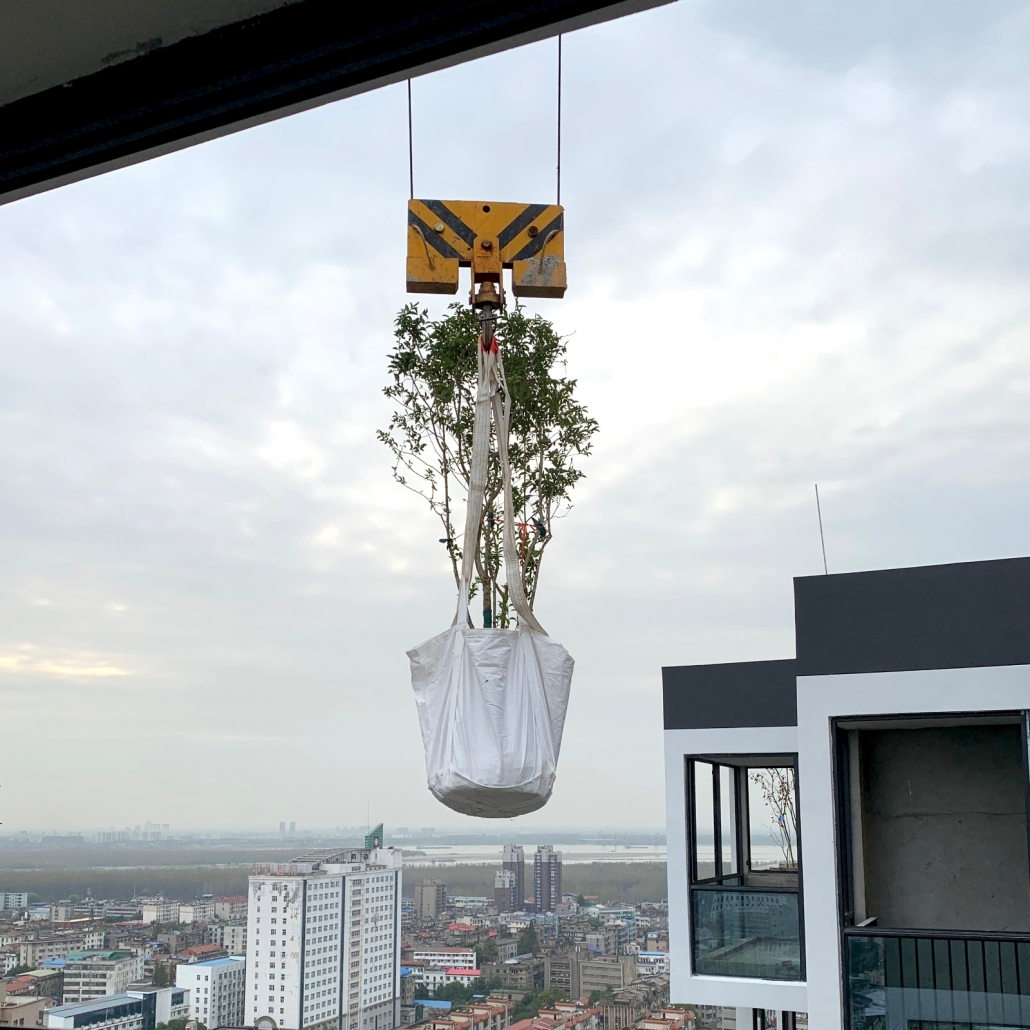 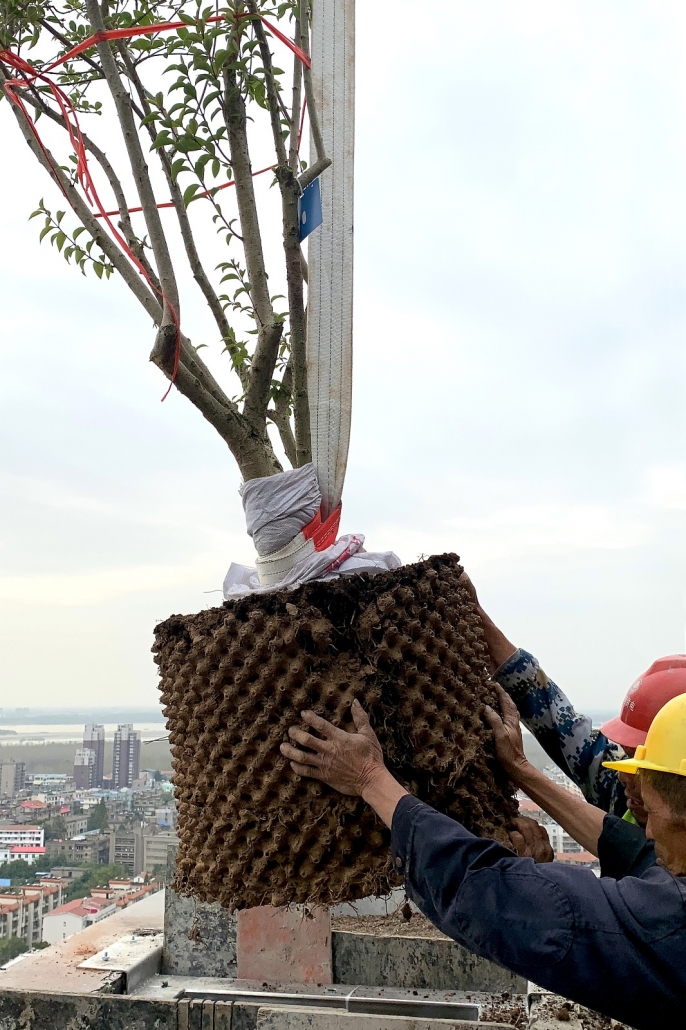 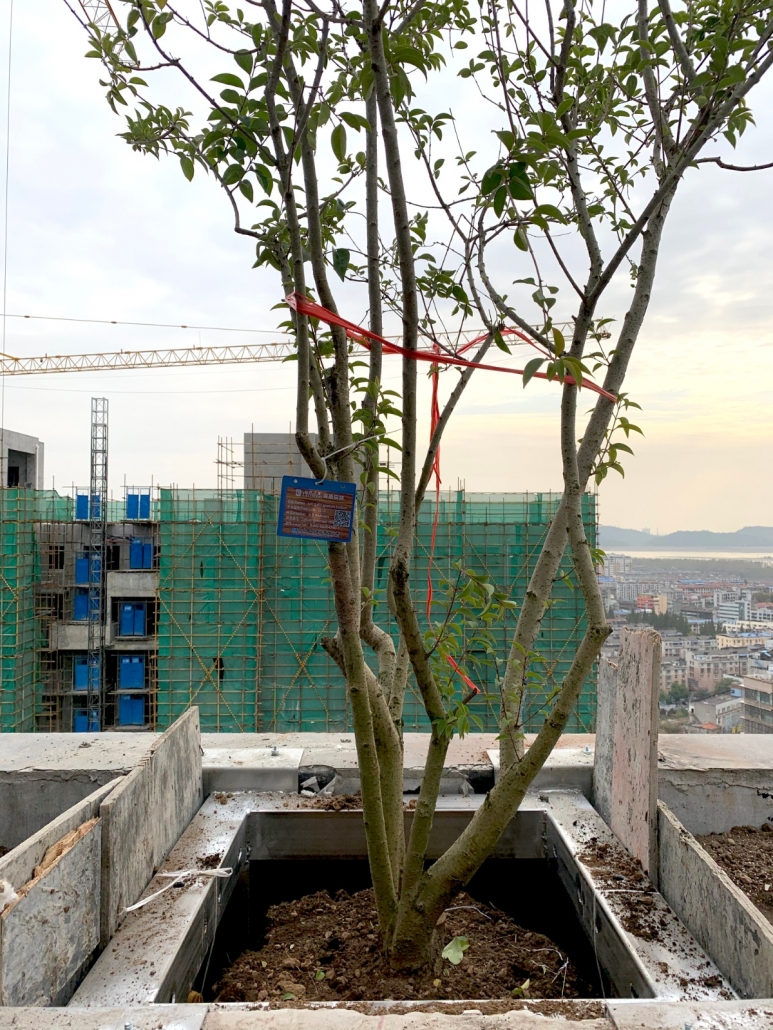 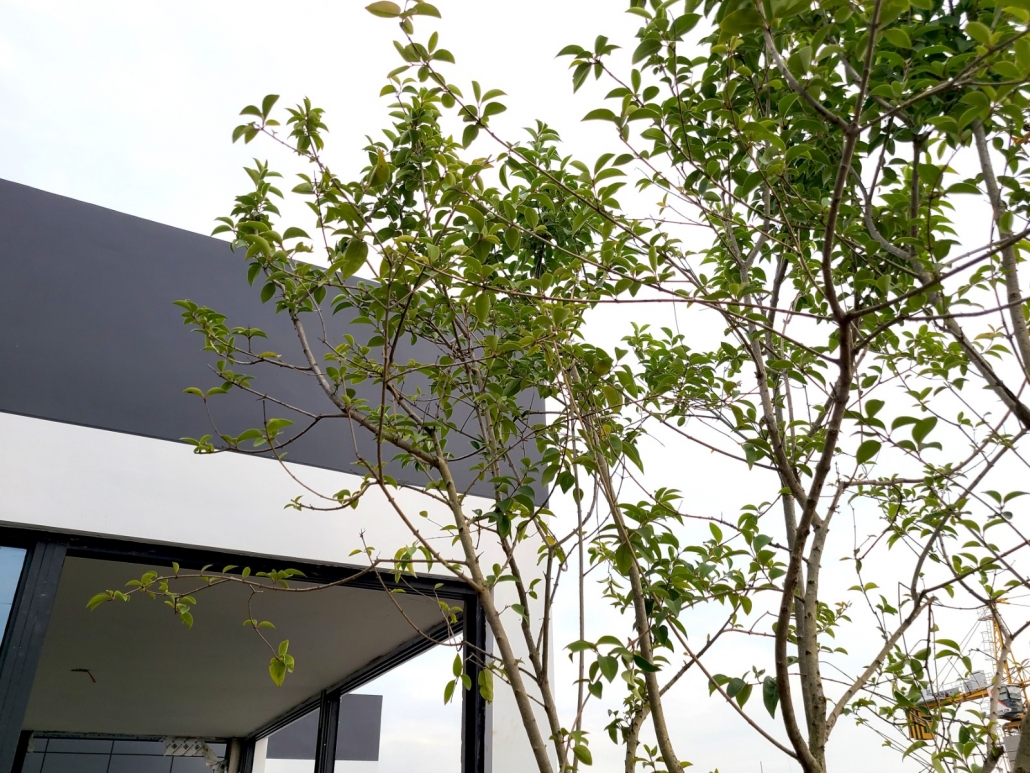 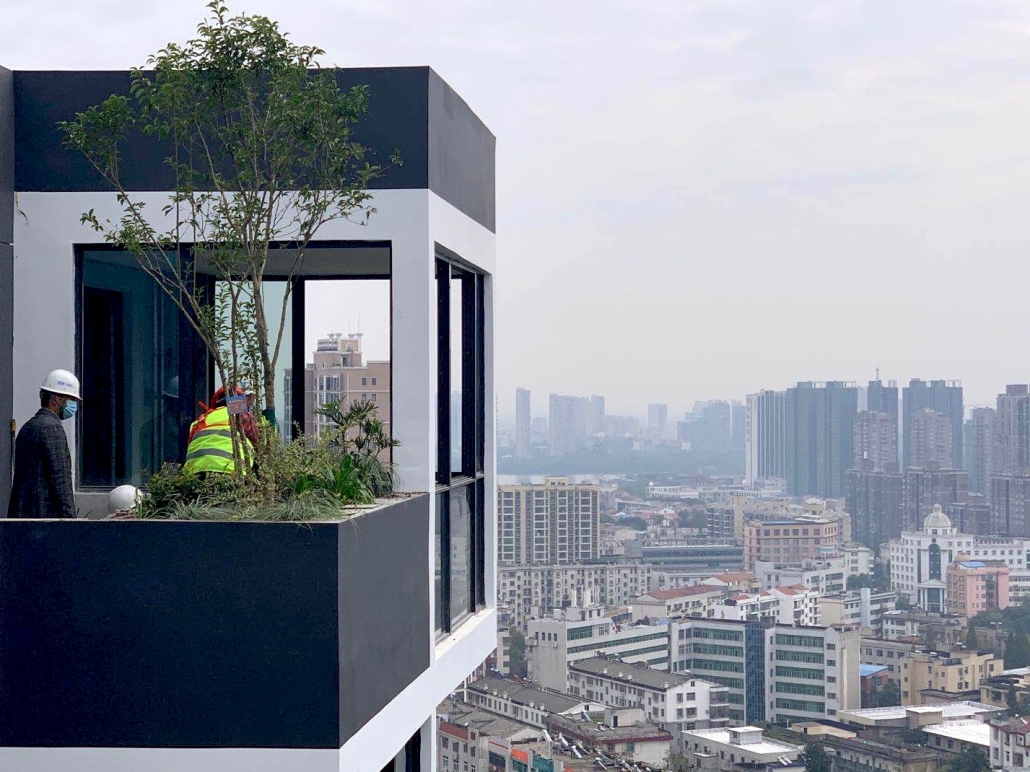 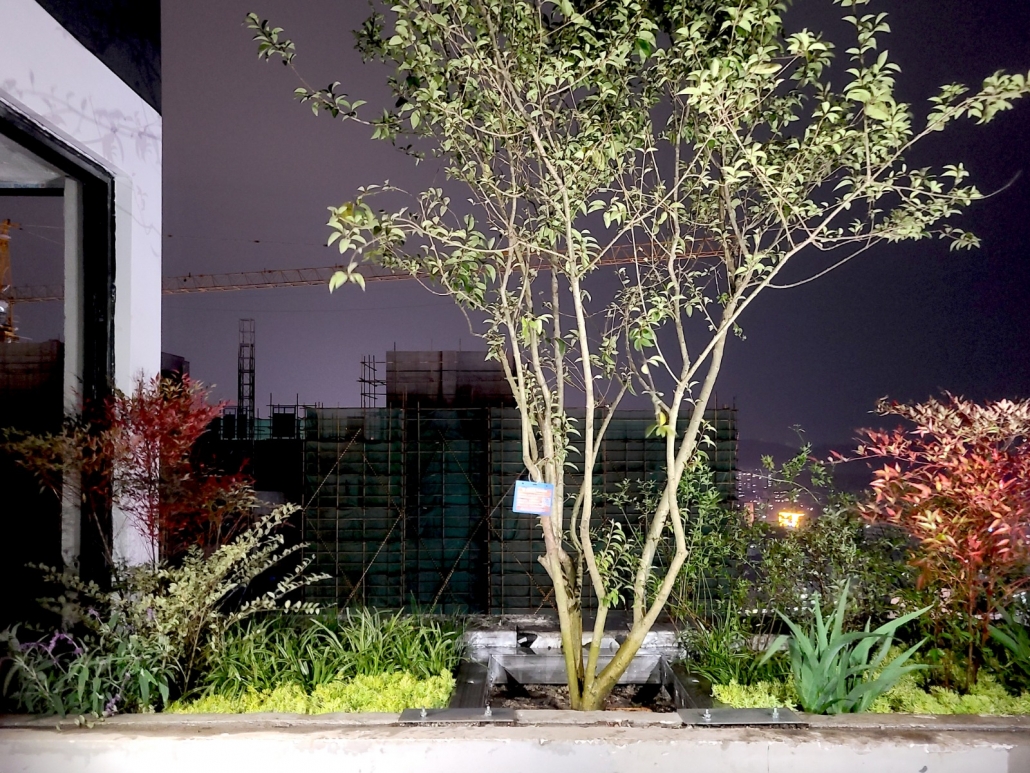 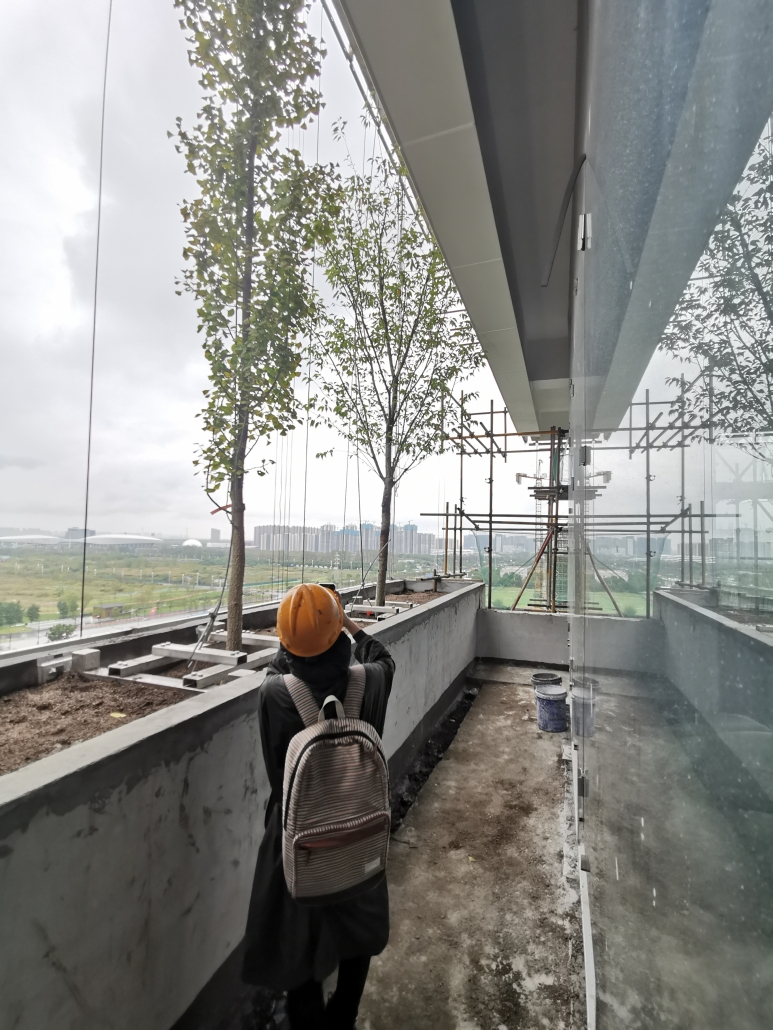 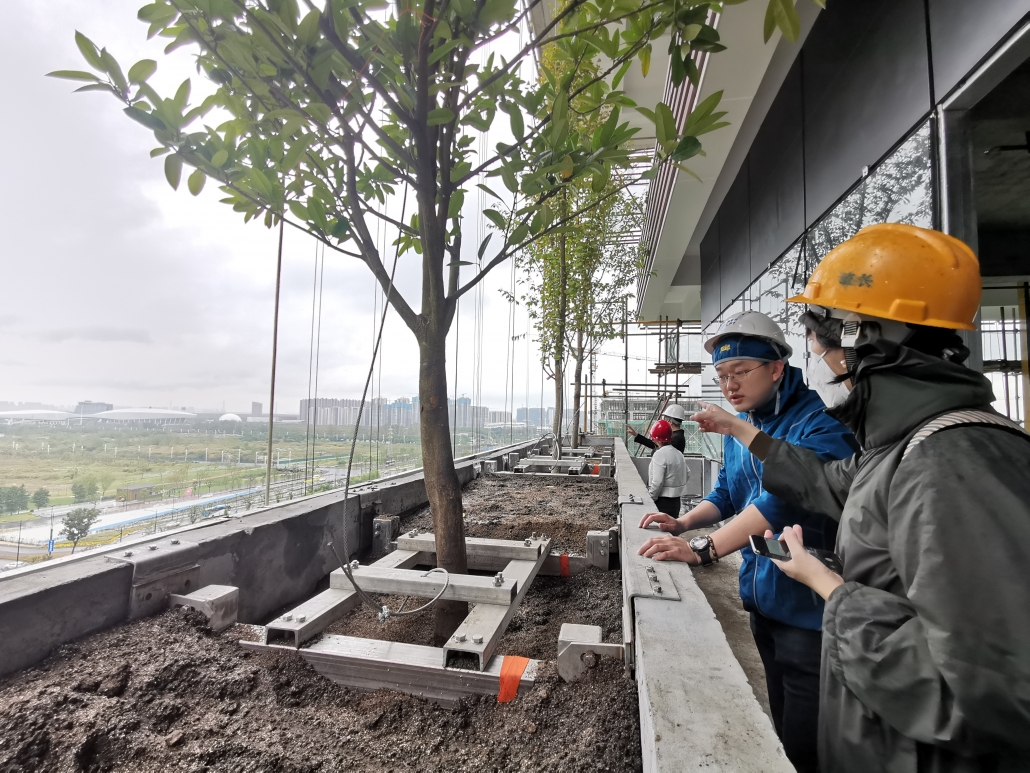 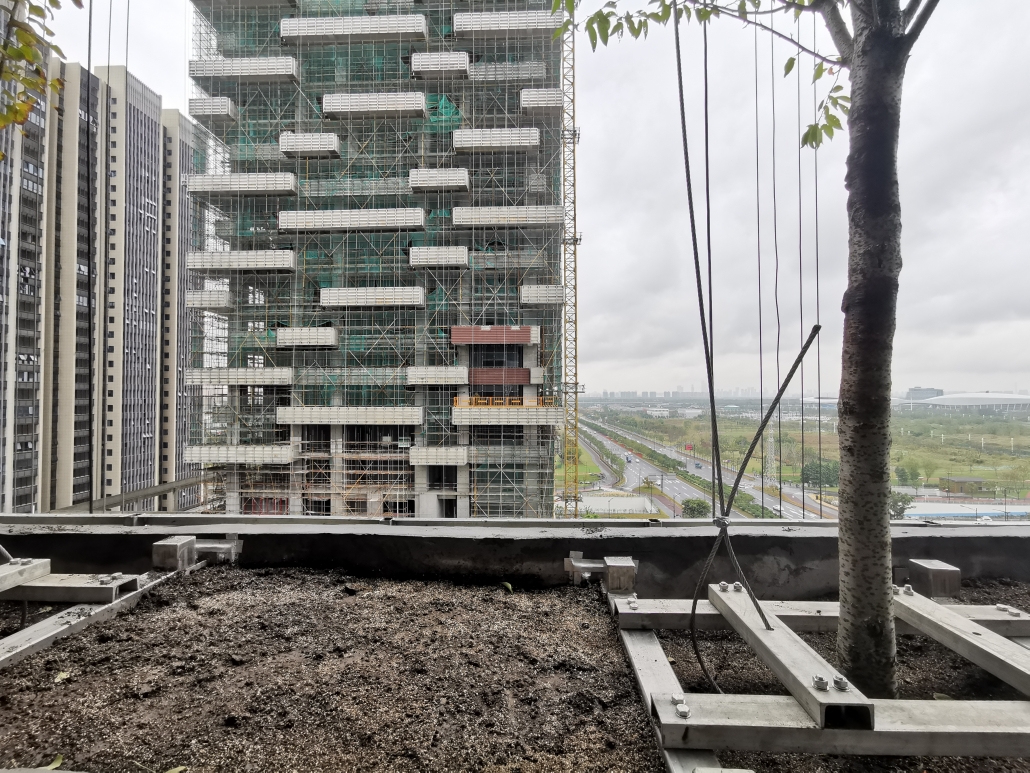 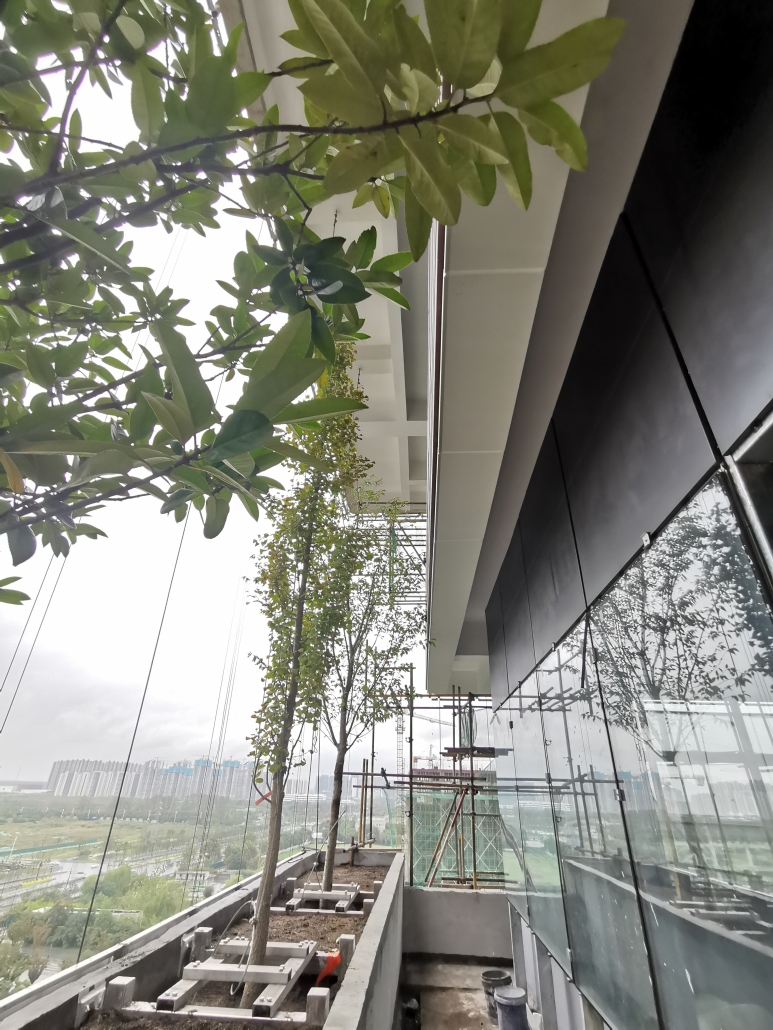 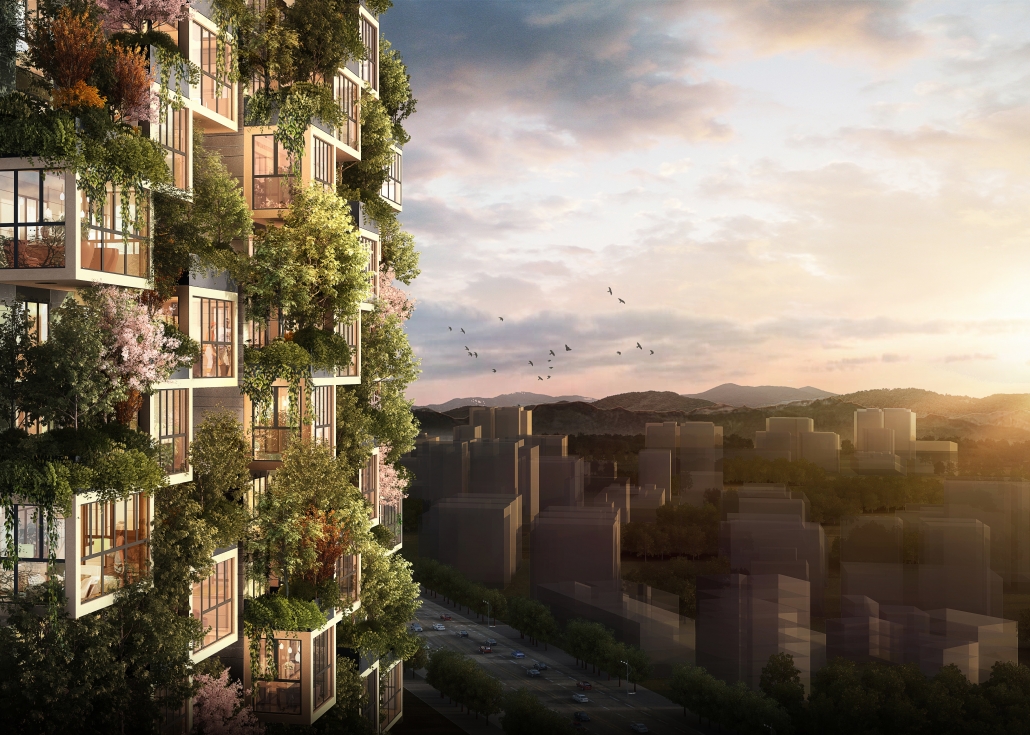 An opportunity to rediscover lost biodiversity

For each project, close attention has been paid to the choice of plants to be installed: “We have focused on the native flora of the two regions,” explained Laura Gatti, the agronomist responsible for botanical development for the Vertical Forests. “We have sought out interesting species that are not often used in traditional gardening. In Huanggang, for example, our botanical research has focused on the native species of the Hubei region.” Although all of the plants chosen came from Chinese territories, in some cases the Vertical Forests have provided the opportunity for a sort of rediscovery: “Many of the species selected for Huanggang were cultivated specifically for this project,” said Gatti. They were not found in regional nurseries; indeed they had been considered too “wild”. Their introduction therefore adds value to the project in terms of biodiversity, attractiveness and identity. The exchange of knowledge and experience between us and our Chinese colleagues has undoubtedly provided an opportunity for us all to grow.”