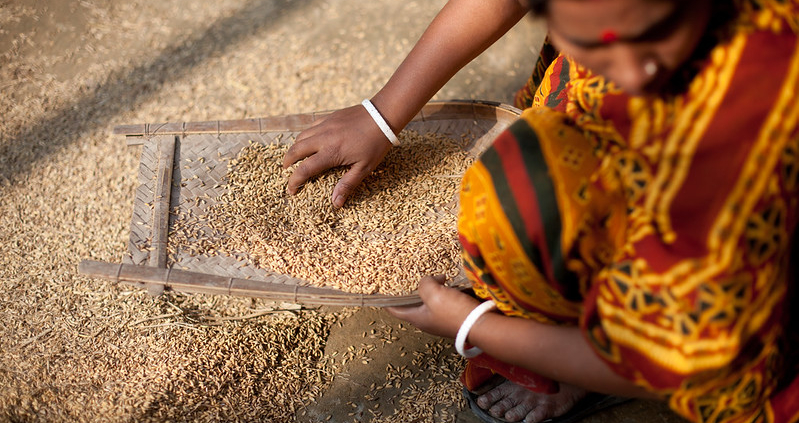 Soil properties affect plant contamination. But a natural remedy based on rice husks can solve the problem. A U.S. investigation suggests a sustainable way to preserve the health of billions of people

Inadequate cleansing, lack of cooking, improper storage are the typical factors behind food contamination. Less known but equally important, soil-based contamination is too often underestimated. This is the main focus of the studies conducted by Angelia Seyfferth, a professor at the University of Delaware and a member of the Soil Science Society of America. “It all comes down to the chemistry of the soil,” she explains quoting her latest work which was presented at the annual meeting of the three major associations active in the soil and agribusiness sector: the American Society of Agronomy, the U.S. Crop Science Society and the Soil Science Society of America.

Seyfferth’s investigation focused on rice, a raw material that under certain circumstances is subject to contamination by two harmful elements: arsenic and cadmium. According to the research “In flooded rice paddies, mobilized arsenic is plant-available and can be taken up by rice roots and stored in the grain, where it can impact human health. In contrast to arsenic, reducing conditions tend to immobilize cadmium, so while more oxidized rice paddies via water manipulation can decrease plant As, it can increase plant Cd levels.”

The good news in any case is that the application of tailor-made practices in crops can reduce the burden of contaminants. Thus showing once again how soil properties play a crucial role in health and nutrition.

The solution is based on adding specific materials called “amendments” to the soil, Seyfferth says. This allows modifying the soil properties and reducing the absorption of harmful substances by plants. The research, in particular, shows how the inclusion of a waste material such as rice husk, for example, results in a decrease in arsenic and cadmium contamination. “Rice husk residue is high in the element silicon, which is an important nutrient,” writes the Soil Science Society of America (SSSA). “The chemical form of silicon is similar to the form of arsenic taken up by rice plants when fields are flooded. This similarity helps ‘distract’ the plant, which prevents it from taking up as much arsenic.”

This solution works also in non-flooded soils. Rice husk residues, in fact, reduce ground acidity by helping to trap cadmium and prevent it from being absorbed by the plant. At the same time, the addition of the waste material can help prevent yield loss.

Findings have exciting potential for 50% of the world’s population

Contamination by arsenic and cadmium in rice is a problem especially for those who eat this cereal several times a day. Southeast Asian populations, in particular, are most at risk, according to Seyfferth. “High concentrations of arsenic and cadmium are harmful to the body. Consuming low doses over a long period of time can even cause cancer,” SSSA writes. That is why techniques to reduce contaminants in plants are a key strategy. “Half of the world depends on rice as a staple food, so this research has exciting potential for positive impact.”