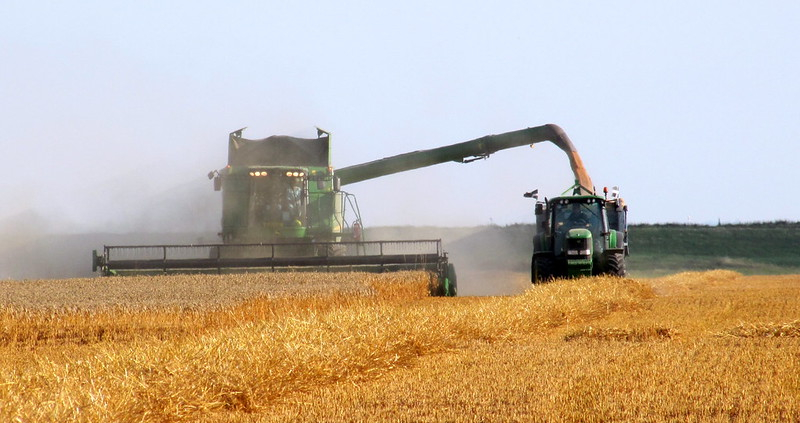 The weight of harvesters averages 36 tons approaching burdens of sauropods walking on Earth hundreds of millions of years ago. The resulting soil compaction is now putting both ecosystem balance and crop yields at risk

What would happen to any agricultural soil when trampled by the heaviest of the dinosaurs that ever walked on Earth’s face? It may sound like a pointless, meaningless and absurd question. However, some scientists now explain, we should actually pay attentiotn to the problem question. Because a similar phenomenon is now occurring every day in crop fields around the world,. With serious consequences for their equilibrium.

The giant herbivores have nothing to do with it, of course. Instead, says a study recently published in the journal Proceedings of the National Academy of Sciences (PNAS), the world is now dealing with an escalating problem: the burden of agricultural machinery. Indeed, the researchers note, harvesters “exceed by far the heaviest living terrestrial animals – African bush elephants, with a maximum body mass of ca. 8,000 kg – and are now approaching that of the heaviest animals that ever walked on Earth: sauropods.” A trend that threatens to add mechanical tractors to the list of soil enemies as well.

Weight of farm machinery has increased 10-fold in 60 years

In just over 60 years, “The total weight of laden combine harvesters has increased nearly 10-fold, from around 4,000 kg in 1958 to about 36,000 kg in 2020, with wheel loads of the front axle increasing from 1,500 to 12,500 kg,” write authors Thomas Keller, of Uppsala University in Sweden, and Dani Or of the Swiss Federal Institute of Technology in Zurich. The increase in tire size results from the need to reduce pressure on the ground surface, thus preventing the vehicle from sinking. This principle behind the evolution of dinosaur feet. Larger wheel diameters, the study continues, allowed the pressure exerted on the ground to remain essentially constant to this day.

According to the researchers, however, the increased weight of the machinery eventually chronically compacts the soil to a depth of about 20 centimeters below the tilled surface. 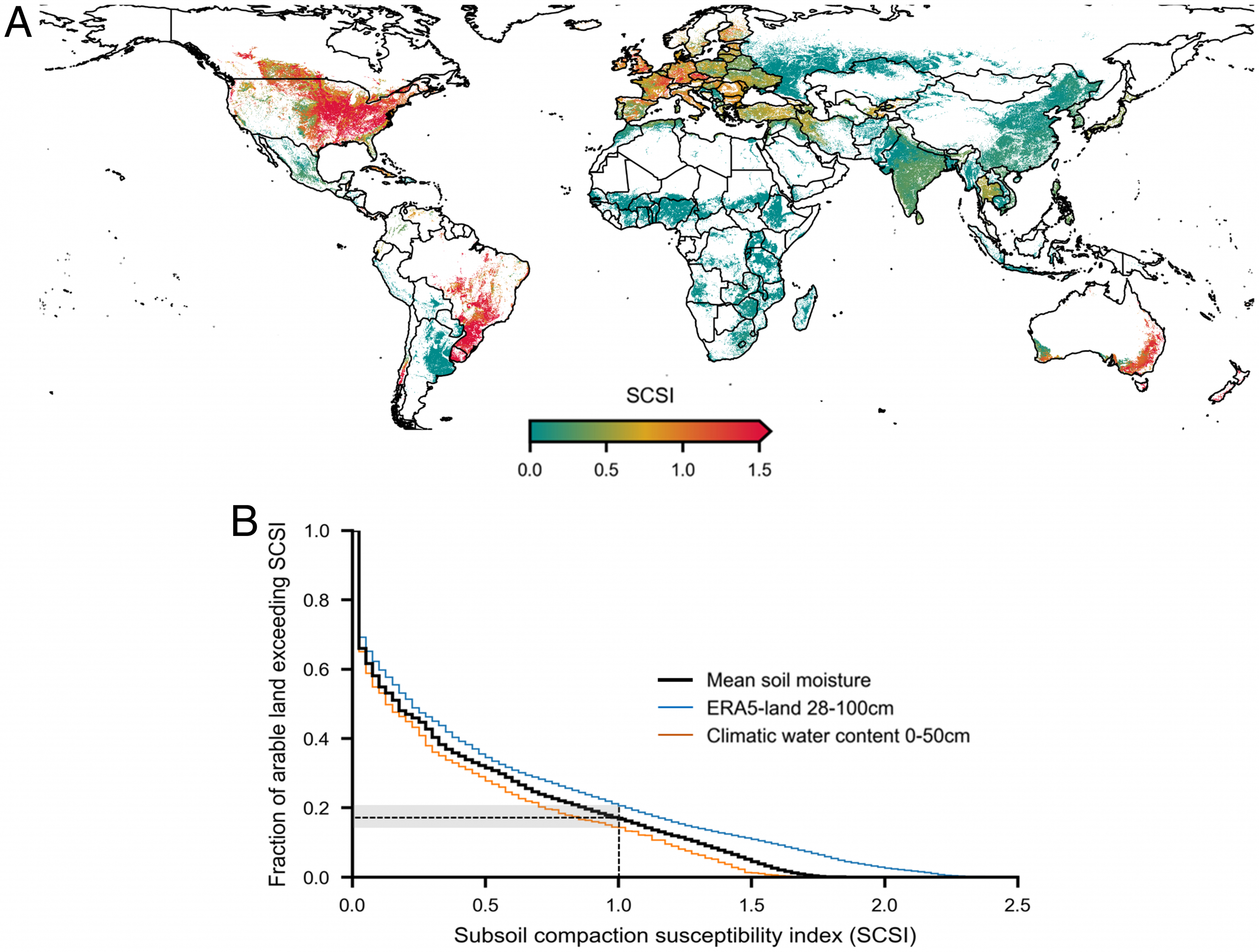 20 percent of global agricultural land is at risk

The survey made it possible to map the problem globally. The researchers, in particular, developed an index called the Subsoil compaction susceptibility index (SCSI), which takes into account a number of factors in measuring the level of severity of the phenomenon. Results are worrisome.

“The fraction of arable land that is presently at high risk of subsoil compaction is about 20% of global cropland area“, the study says. The phenomenon appears to be most concentrated “in mechanized regions in Europe, North America, South America, and Australia.”

In contrast, the research states, “Despite a rapid increase in the number of tractors, most of Asia, including India and China, exhibits low SCSI values due to small farms that require small tractors. Values of the SCSI (index, ed.) are low in sub-Saharan Africa because of low mechanization levels. Nevertheless, trends in land aggregation in these regions and the emergence of business models for provision of services using larger agricultural vehicles (for efficiency) may drive the SCSI toward values presently found in high-income countries.”

The world may lose biological crusts due to climate change

Finally, the authors evoke the so-called “sauropod paradox.” By moving with their full weight, dinosaurs damaged the soil and its ability to sustain the plants they fed on. How it was possible for these animals to survive in balance with the ecosystem for millions of years remains a mystery. However, researchers, say, the current use of agricultural machinery is not sustainable.

Hence the call for new technological solutions to minimize the effect of compaction on the soil. However, the Australian network The Conversation is suggesting different solutions.  Today, a recent article states, “we could reduce the need for such large machines in the first place by growing food using smaller machines on smaller parcels of land, particularly in high-risk zones.” It would also make sense to break up land parcels devoted to monoculture with elements such as flower fields, hedgerows and trees. Natural solutions that promote carbon sequestration, water management and soil biodiversity.