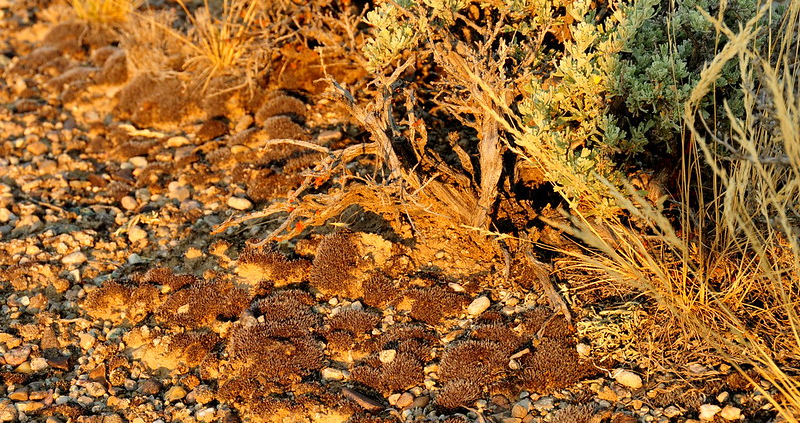 Biological crusts are crucial to the survival of the soil and its ecosystem. But climate change now threatens to wipe them out, a study from Geological Survey has warned

Biological soil crusts are commonly found in arid or semi-arid lands and are a valuable and underrated resource. That”s because of the amazing ecosystem they host: a diverse world that includes fungi, lichens and especially microbes, which are known to contribute crucially to soil balance, also through the production of nutrients such as carbon and nitrogen compounds. Essential elements for life’s development and preservation.

The problem, however, is that even these environments-which cover 12 percent of the landmass-are not immune to climate change. So much so that even their long-term survival is being questioned, as findings of a recent research by the U.S. Geological Survey suggest.

Researchers report a link between the extent of soil lichen cover and increasing summer temperatures in the United States. In PNAS: https://t.co/JKDkTtTy1a #ClimateChange pic.twitter.com/dYvk2z64vp

The observed soil has lost nearly three-quarters of its lichens

The work stems from an investigation started as far back as 1996 and conducted in Canyonlands National Park, Utah, with the goal of monitoring the spread of a particular plant, called cheatgrass (Bromus tectorum), and its effects on the soil, Science magazine recalls. During the research, however, the scientists made an unexpected discovery: lichens, especially those capable of providing nitrogen to soils, were disappearing.

These species, which covered 19 percent of local biological crusts in the mid-1990s, now covered no more than 5 percent of the area.

“Results here suggest that warming may partially negate decades of protection from disturbance, with biocrust communities reaching a vital tipping point,” the authors explain. This widespread disappearance of lichens, they add, “could have long-term implications for global temperate dryland ecosystems.”

Biological crust is in danger of disappearing

One of the main consequences is increasing soil fragility. When biological crusts disappear, the magazine says, soils become drier and risk being washed away by erosion. If the canopy holds out but the lichens die, the reduced nitrogen availability will impact ecosystem life and the microbiome. Moreover, crusts act as a plug for the soil, preventing its dispersion into the air.

Crust degradation, as mentioned, before does not only affect the observed land. In fact, according to U.S. scientists, the world is likely to lose 25% to 40% of these surfaces by 2070.

In recent years, says Science, researchers have begun testing some possible remedies such as growing the plant species that characterize scabs and then transplanting them to the most critical soils. Again according to the journal, these techniques have proven to be effective for algae and mosses, but ineffective for lichens.

Consequently, the scientists conclude, the only effective strategy for countering the problem is provided by global action on climate mitigation. Only energy transition, in other words, will make it possible to preserve crusts, their ecosystem and soil health in endangered areas.