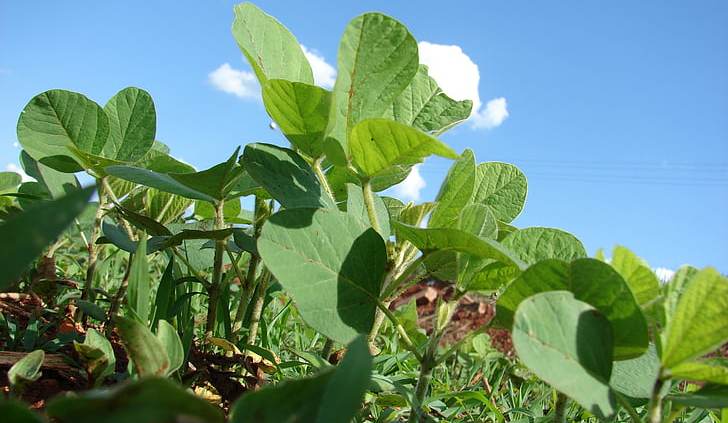 In 10 years, the moratorium on Brazilian soy derived from deforested land has saved just 2,300 km2 of forest, an international study says. “Supply chain governance should not be a substitute for state-led forest policies,” researchers explain

Commitments made by corporations not to purchase any soy produced on Brazilian Amazon deforested lands delivered negligible results as soy-driven tree cutting declined by just 1.6 percent between 2006 and 2015 which equates to a protected area of 2,300 km2, “barely the size of Oxfordshire,” according to a study conducted by four different universities: Cambridge, Boston, Zurich and New York.

The investigation, published in recent weeks in the journal Environmental Research Letters, was funded by the U.S. National Science Foundation, NASA’s Land-Cover and Land-Use Change program and the U.S. Department of Agriculture’s National Institute of Food and Agriculture.

A useless initiative without political support

The survey thus looked at the effects of the voluntary moratorium signed by some companies 16 years ago. The pledge not to purchase Amazonian-sourced soy, the researchers explain, had a limited effect because it did not affect the bulk of production, which actually lies outside the forest in the Cerrado region, a land rich in biodiversity.

The researchers also underline how the limited results once again show the limited value of corporate initiatives that are not supported by crucial choices by the national governments.

“Supply chain governance should not be a substitute for state-led forest policies, which are critical to enable zero deforestation monitoring and enforcement, have better potential to cover different crops, land users, and regions,” said Rachael Garrett, professor of Environmental Protection and Development at the Conservation Research Institute at the University of Cambridge and co-author of the report.

By 2021, at least 94 companies had made stringent commitments to eliminate any risk of contributing to deforestation from their supply chains. According to the study, however, many of these pledges did not actually worked. While many small and medium-sized companies in the food sector, did not even make formal commitments.

The commitment signed in 2006, the study also points out, excludes 50 percent of the forests suitable for growing the plant from any protection initiative.

Latest study’s findings come alongside the conclusions of another research conducted by Brazilian NGO Instituto Centro de Vida, Greenpeace‘s Unearthed journalistic investigation center and the Bureau of Investigative Journalism. The work, released in February of this year, had shown how the development of the soy industry had been responsible for the clearing of 1,180 square kilometers of forest.

The destruction, the authors explained, had taken place in the state of Mato Grosso where, between 2009 and 2019, soy companies had opened up new space for other crops or to provide grazing land for livestock. “Most of this deforestation was illegal,” the study says. Researchers also criticized the Moratorium as it bans the sale of soybeans grown on land cleared after 2008 but places no restrictions on several products such as beef and other crops.

Demand for soybeans, the most recent study points out, is growing everywhere in the world. Most of the product “is consumed indirectly by humans: soybean is widely used as feed for factory-farmed chickens, pigs, fish and cattle.” Moreover, soy “accounts for around 27% of global vegetable oil production, and as a complete protein source it often forms a key part of vegetarian and vegan diets.”

This does not happen without consequences, of course. Indeed, the researchers report, “an estimated 4,800 km2 of rainforest is cleared each year to grow soybeans”

According to the estimates, “If soybean traders actually implemented their global commitments for zero-deforestation production, current levels of forest clearance in Brazil could be reduced by around 40 percent,” Garrett notes.