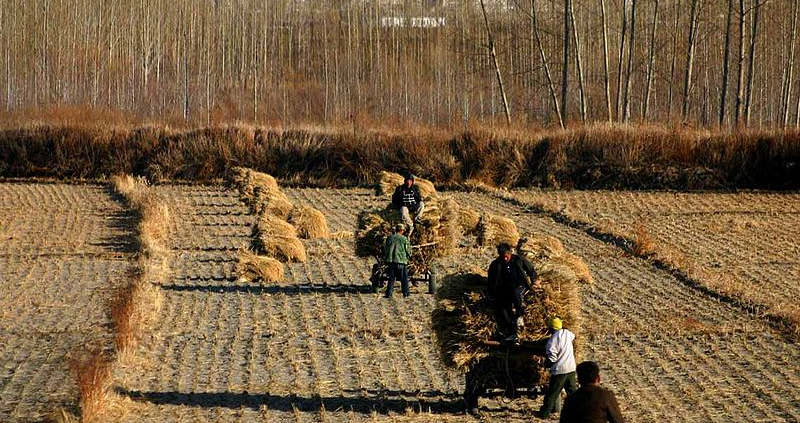 China wants to curb degradation of its most fertile soil, spread across three regions which contribute on their own to the production of 50 percent of the country’s rice, 41% of soybean and 34% of corn. But climate change is still a major concern

China is stepping up efforts to protect black soil, the fertile land intended to fulfill a major share of its food demand. “Chinese lawmakers are considering a draft black soil conservation law that would stipulate constant government funding and targeted protection measures,” the government news agency Xinhua wrote in recent weeks. The plan’s details have not been disclosed yet. But the motivation behind the measure can be easily perceived.

China’s black soil, roughly the equivalent of Ukraine’s famous chernozem, is a particularly fertile land located largely in the country’s northeastern provinces. Years of exploitation have ensured enviable agricultural yields but, the government admits, “have eroded the soil’s nutrients and its chernozem layer is thinning out, posing a threat to the country’s ecological security and sustainable agricultural development.”

From agriculture development to soil erosion

It all began in Mao era when the government bet on deforestation of to open up new space for cultivation. The operation was a response to the tragic famine that had devastated the country in the late 1950s and early 1960s as a result of the failed Great Leap policy. This was a disaster that likely caused tens of millions of deaths (but the official number has never been released by Beijing).

The campaign to expand arable land, by contrast, “was a success,” Bloomberg reminds today. “The black soil region became critical to feeding the growing population, and in the following decades, the demand for arable land also grew.”

However, “the expansion of farmland has come at the expense of millions of hectares of forest, grassland and wetlands, and the increasing exposure to wind and rain has led to erosion.” Today, soil organic matter has fallen by as much as 75%.

In addition to Ukraine, where it covers about two-thirds of arable fields, black soil is found on 1.8 percent of the Planet’s land surface, according to FAO estimates. The highest concentrations are found in Eastern Europe, North American grasslands, Argentina and Asian steppes.

In China, this kind of land is found mainly in the provinces of Heilongjiang, Jilin and Liaoning, which have experienced a crop growth of 2 million hectares in the last decade of the last century. And today contribute to the production of 50 percent of the country’s rice, 41 percent of its soybeans and 34 percent of its corn, according to Bloomberg.

Soil conservation in the area, in short, is absolutely crucial to China’s food security.  “Researchers at the Chinese Academy of Sciences,” Bloomberg notes, “estimate that soybean production will fall by 40% to 60% and corn would barely grow in the region if — in the most extreme scenario — all its black soil is stripped away, no matter how much fertilizer is used.”

The world may lose biological crusts due to climate change

The climate change factor from Ukraine to China

Today, says Bloomberg, Beijing aims to protect soil health by promoting the return of organic matter. Its content in black soil, according to government plans, is expected to increase by 10 percent by 2025. Despite this, the achievable fertility levels would still be lower than those observed in the 1950s. One more danger is climate change, which favors extreme events which have a negative impact on the soil.

In this context, the Chinese government should look with concern at the estimates coming from Ukraine.  Where climate change poses a serious threat to soil productivity. Last year, the Ministry of Environment in Kiev estimated that sandstorms – which are also a common problem in China, currently affect 20 million hectares of land in Ukraine. Thirteen million hectares, on the other hand, are affected by hydrogeological disruption; more than 6 million are damaged by wind.