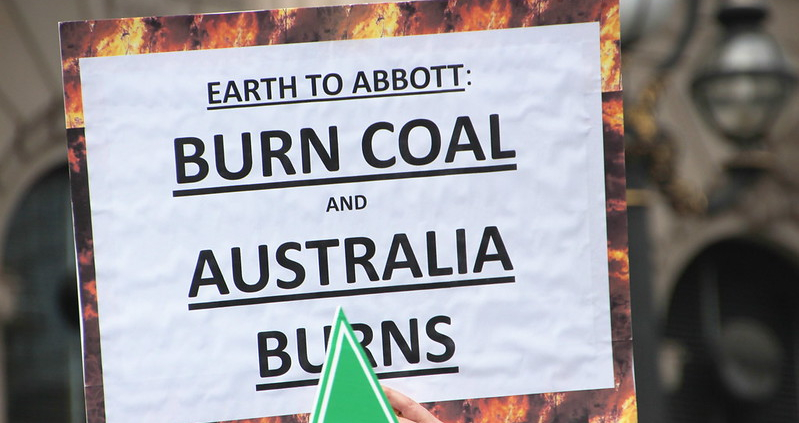 Australia is focusing on soil carbon sequestration. But without a government u-turn in the fight against climate change, the agricultural sector will not be able to offset the damages of the fossil fuel industry

Australia is apparently overconfident in the carbon capture capacity of its farmland in the road to climate neutrality according to national broadcaster ABC. The Camberra government has formally pledged to achieve net zero – or the break-even between the volume of carbon removed from the atmosphere and the total amount released – in 2050. But despite some interesting experiments in the circular economy sector, the country is still keeping a low profile on climate issues. Australia’s strong dependence on fossil fuels, in particular, is still pushing up per capita emission levels, which remain some of the highest in the world. Thus frustrating the mitigation effect provided by the soil.

From mining to soil regeneration. Australia is betting on bauxite

The heavy reliance of the emissions reduction plan on land sequestration capacity “is a dangerous assumption,” Richard Eckard, agriculture professor at the University of Melbourne, told the ABC. The idea that carbon storage can offset the impact of the fossil industry “is quite fanciful,” he says. Not to mention the strong weather variability that has always marked Australia and has affected the soil’s ability to capture the element.

“At the end of the day, in a country that is 22 per cent more variable than any other country in the world, soil carbon is 90 per cent about rainfall. You cannot bank the future on something that is dependent on rainfall and climate change is challenging that exact rainfall. Under a changing climate, I think we will be lucky to hold on to the soil carbon we have got.”

#COP26 a just transition is essential. To do this we need to acknowledge the historic greenhouse gas legacy@carbonbrief summarised the past emissions as an individual count – seems Canada 🇨🇦, USA 🇺🇸, Australia 🇦🇺, Russia 🇷🇺 and UK 🇬🇧 are top 5 & need to step up to ensure we get pic.twitter.com/zBArwUtpgZ

After Glasgow summit, Australia is not abandoning coal

The criticisms made by Eckard at the end of October are back in the spotlight after the COP 26 summit. In Glasgow, Australia has joined China, India and the United States in rejecting any commitment to a coal ban. And it has taken the same approach of Moscow and Beijing by choosing not to sign the pact for the limitation of methane emissions. Finally, the delegation has been accused of trying to undermine the original summit final draft in order to favour a watered version.

“While Australia has committed to reducing emissions to net zero by 2050, the Morrison government declined to lift its 2030 target of reducing emissions by 26 to 28 per cent due to strong opposition from Coalition MPs”, writes Sidney Morning Herald.”Prime Minister Scott Morrison has forecast a 35 per cent cut to emissions by 2030 in a formal document lodged in Glasgow, however the projection does not have the same force as a binding target”.

The general assumption, today, is that the balance between carbon sequestered in fields and agricultural emissions is not all that favorable. “About half of our greenhouse gas emissions aren’t associated with energy production,” Mike Young, professor of Water, Energy and Environmental Policy at the University of Adelaide told ABC. “Things like air-conditioning, agriculture, fertilizer, use of other sources of gases,” he says. “And we thought we’d be able to just pay farmers to increase stocks or carbon to offset that [but] we found it was way too expensive. Ultimately, getting to net zero and staying at net zero is going to involve something else.”

To solve the problem, Young proposes the deployment of carbon capture and sequestration/storage (CCS) technologies. These tools, in fact, are capable of recovering the CO2 created in power generation plants. According to the Global CCS Institute, there are currently 51 plants operating or under construction in the world equipped with this kind of instrumentation for a total capture of 40 million tons of CO2 each year (which is less than 1% of the total annual emissions of the United States, estimated at 5 billion tons).

Net Zero is an economic opportunity

With the deployment of this technology, Young says, Australia could reduce emissions paying a capture cost of $100 per tonne. Or half of the expense reported at plants around the world today. But that wouldn’t be the only good news. A recent survey by Future Fuels CRC, a research center based in Wollongong, NSW, has found that pursuing net zero would not have a negative impact on the economy in rural areas of the country. All regions, in fact, would experience job growth according to estimates. On the other hand, the Department of Agriculture argues that because of climate change, each Australian farmer loses an average of over 29,000 dollars in profit every year.