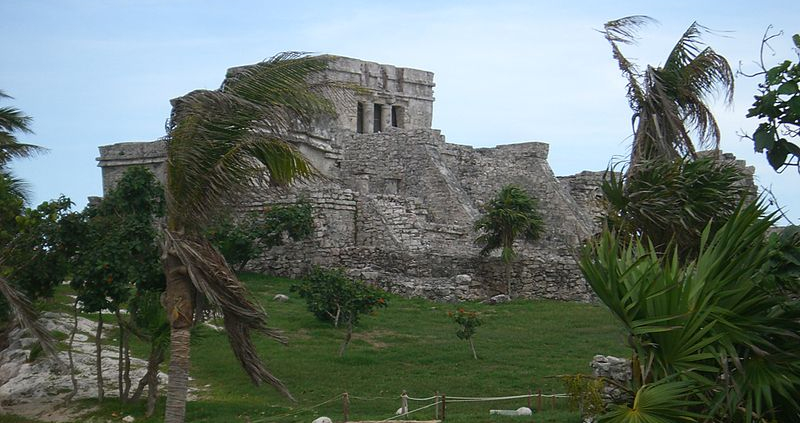 Sustainable agriculture have provided the prosperity of some pre-Columbian era cities for centuries according to a University of Cincinnati study. Through genetic investigation applied to pollen traces, researchers have reconstructed the story behind Yaxnohcah, an important center located in Mexico’s Yucatan Peninsula, near the border with Guatemala.

“Yaxnohcah was a major city of the ancient Maya world, especially during the Preclassic period (1000 BCE–200 CE)”, the study says. “Our results indicate that although there were large areas cleared for agricultural purposes, a mosaic of mature upland and bajo forest remained throughout the Maya occupation.”

The investigation looked at 38 soil samples containing seeds and other botanical fragments including pollen. The researchers, led by David Lentz, a scientist in the Department of Biological Sciences at the University of Cincinnati, turned to analysis of eDNA, or environmental DNA, a particularly useful resource for this kind of investigation.

In fact, eDNA, Philip Francis Thomsen and Eske Willerslev of the Centre for GeoGenetics at the University of Copenhagen previously explained, consists of “genetic material obtained directly from environmental samples (soil, sediment, water, etc.) without any obvious signs of biological source material.”

When coupled with “sensitive, cost-efficient and ever-advancing DNA sequencing technology, it may be an appropriate candidate for the challenge of biodiversity monitoring.” Originally initiated in microbiology, eDNA research has since been applied to the study of sediments. Including ancient ones, “revealing DNA from extinct and extant animals and plants.”

“For each extraction, approximately 5 g of sediment sample was immersed in a sequence of strong reagents, e.g., hydrofluoric, hydrochloric, nitric, and phosphoric acids as well as sodium hydroxide, followed by centrifuging and rinsing with distilled water,” the researchers explain. “All of these steps essentially dissolved away the sediment components, leaving behind mostly pollen grains with their highly durable sporopollenin exine layers.”

Using an optical microscope, the study authors identified 200 pollen grains from each sample.

This made it possible to reconstruct the environment of the time by highlighting the presence of specimens. Including fig, apple, tropical plum, cashew, avocado and cocoa plants that the ancient Maya used at the time. The researchers also identified traces of seeds, pollen and other remains of wild species whose use was unknown.

Assessing the available material, the researchers found that local people were leaving parts of the forest intact, helping to conserve its biodiversity. In addition, the inhabitants started making use of slash and burn, a technique that involves controlled burning of the forest to make way for carbonized, fertile soil for crops but is unsustainable in the long run. Later, faced with population growth, they abandoned this strategy.

Finally, Discover magazine recalls, the settlement could rely on “an elaborate system of reservoirs that gave them drinking water during the dry season and helped them extend their growing seasons.”

In short, the survey showed how the original communities were able to develop techniques for using the land and its resources while preserving the balance of the ecosystem and thus ensuring the demographic and economic development of their settlements. “All of these observations are indications that the Maya modified their Neotropical landscape,” the research says. “But nevertheless managed their fields and forests prudently enough to sustain themselves over the many centuries they occupied Yaxnohcah.”