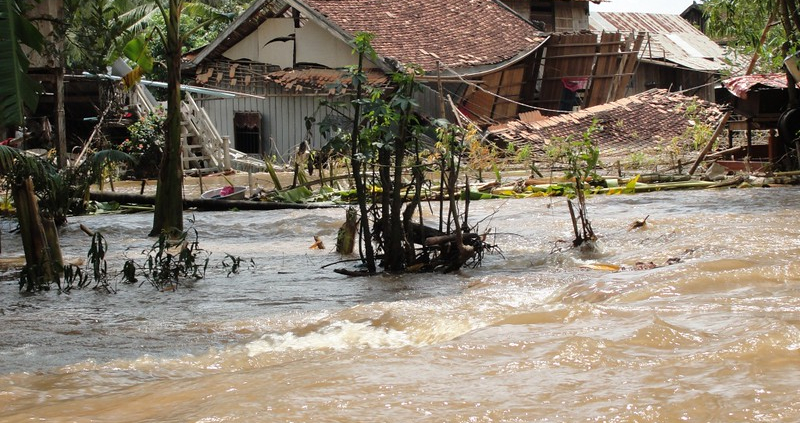 The share of global population exposed to flood risk has grown at a 10 times faster pace than previously estimated with Asia as epicenter, The University of Arizona says

Climate change and population growth are driving unprecedented rise in the impact of floods on the global population, according to researchers at the University of Arizona, Elizabeth Tellman and Jonathan A. Sullivan. In the twenty-first century the proportion of the population forced to live in areas subject to the process has grown at record pace, says the study published on the journal Nature. The conclusions carried out with the help of satellite technology, show a picture far more serious than previously suggested by scientists. The survey also brings into the spotlight a critical issue that affects the balance of nature, soil health, economy and even international politics.

our new study on using the MODIS satellite to look at population growth in observed inundated areas 2000-2018 in @Nature: https://t.co/VtqdDQyyNV visualize and download the data from @Cloud2Street here https://t.co/4WEfJMfrRo or listen to the story: https://t.co/Bb9c5uBO3Y

“Flooding affects more people than any other environmental hazard and hinders sustainable development,” says the research. But perception, the researchers suggest, has been largely incomplete for so many years. The limitations of direct observation methods are obvious. That’s why the University of Arizona scholars decided to turn to space technology. With impressive results.

“Here we use daily satellite imagery at 250-metre resolution to estimate flood extent and population exposure for 913 large flood events from 2000 to 2018,” the authors say. “We determine a total inundation area of 2.23 million square kilometres, with 255–290 million people directly affected by floods. We estimate that the total population in locations with satellite-observed inundation grew by 58–86 million from 2000 to 2015. This represents an increase of 20 to 24 per cent in the proportion of the global population exposed to floods, ten times higher than previous estimates“.

CBS: “How climate change has become a Taliban ally”

Asia accounts for 90% of disasters

According to the authors, moreover, projections of the effects of climate change between now and 2030 “indicate that the numbers will rise further”. During the decade, in fact, as many as 25 countries will be added to the list of flood-prone nations that currently has 32 members. Asia remains the epicenter of the problem: the region’s southern and southeastern areas hosted 90 percent of the floods recorded during the period under review.

“We found that economic development and people moving into flood-prone areas is significantly increasing the number of people exposed to floods in those regions,” explains postdoctoral researcher and study co-author Jonathan A. Sullivan. Key factors are underlying conditions “that give vulnerable populations no choice but to settle in flood zones.”

Finally, the researchers’ experience once again highlights the great potential represented by the use of satellites. Data from space, in fact, “will help policymakers understand where flood impacts are changing and how best to adapt,” said Elizabeth Tellman, professor and co-author of the study. Images collected daily from in the Global Flood Database, in particular, have shown 913 floods in 169 countries over the course of the century.

The database, the University of Arizona explains, “will help to improve vulnerability assessments, the accuracy of global and local flood models, the efficacy of adaptation interventions and our understanding of the interactions between landcover change, climate and floods.”