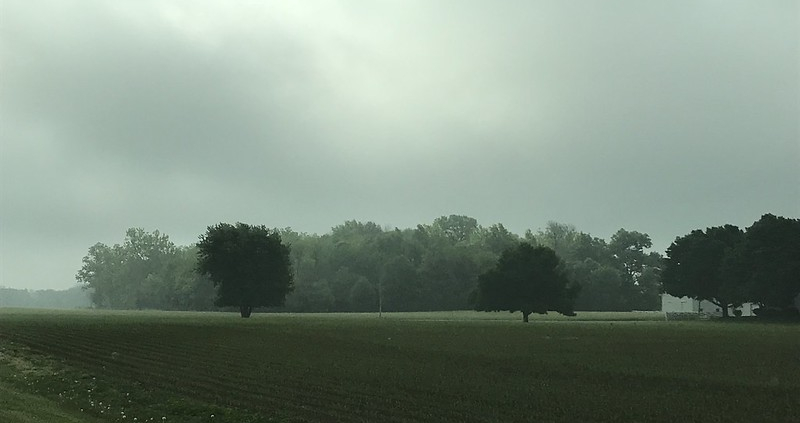 Soil analysis in forests can predict the behavior of trees in the nitrogen and carbon cycle, two key factors for climate mitigation. A research of the Indiana University explains how

As we know, forests contribute to climate mitigation by trapping greenhouse gases. But not all their trees are created equal. Scientists studying the best strategies for successful reforestation know that well. And researchers at Indiana University have proven it once again when they focused on a crucial factor: the behaviour of soil microbes operating in symbiosis with the plant. Some of them, in particular, have proved to be more useful in recycling nitrogen, thus limiting emissions into the atmosphere. Others have shown a greater ability to store carbon. And it’s no coincidence.

The research has focused on two different microorganisms: arbuscular mycorrhizal fungi (AM) and ectomycorrhizal fungi (ECM). According to the researchers, “Nearly all trees associate exclusively with one of two types of mycorrhizal fungi. These specialized fungi form mutualistic relationships with tree roots.” But their effects on carbon and nitrogen storage capacity are different. “In the first study, the authors found that AM-associating trees such as maples, tulip trees, cherry, and ash, which produce fast-cycling detritus, promote soil microbial communities that have more genes capable of processing nitrogen. This leads to the release of nitrogen gases that reduce air quality.” ECM-associating trees such as oaks, hickories, beech, and hemlock do the opposite, “leading to lower gaseous nitrogen losses.”

Roots are just as crucial on carbon capture

The analysis was conducted on 54 different sites in the eastern United States where soil samples were collected and tested in laboratory. The researchers also focused on CO2 storage. A second study thus revealed that ” forests dominated by AM trees enhance soil carbon storage by releasing carbon from their roots.”The levels measured are particularly high suggesting that roots are capable of providing a retention contribution whose magnitude rivals that of aboveground plant inputs.” The trees most likely to retain carbon, in other words, are also the most capable of facilitating a greater nitrogen outflow. Plants that provide greater nitrogen storage, on the other hand, also provide a lower CO2 retention. 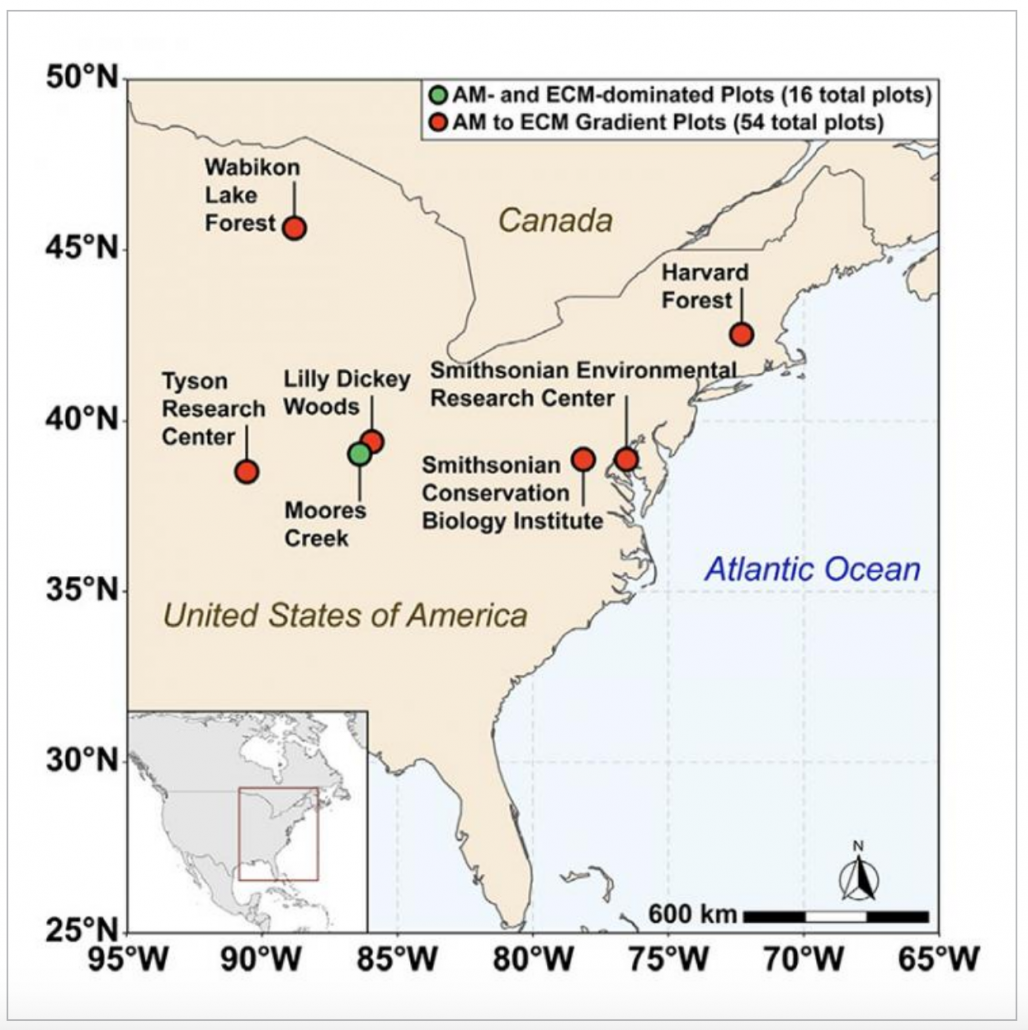 A map of sampling locations across the eastern United States used in the studies. The green dot indicates Moores Creek where AM and ECM dominated plots are located while the red dots indicate sites associated with the 54-plot gradient. The Moores Creek site contains 16 total plots (8-AM and 8-ECM dominated) while each site in the 54-plot gradient contains nine plots of varying AM/ECM composition. Source: Graphic by Mushinski, et al.

Forests and the balance between carbon and nitrogen

The studies conducted in the US show once again the persistent issue of soil trade-off. The nitrous oxide released from the ground – especially when soil has been fertilized with livestock wastes – has a warming potential almost 300 times higher than CO2. It is no coincidence that soil health protection strategies and reforestation programs must take into account the need to balance the different factors at stake.

The results, in any case, also open up opportunities for further study. “By one time it was thought impossible to predict the spatial variability of nitrogen gas emissions in soil” said Jonathan Raff, a co-author of the study. But in the future, added Ryan Mushinski, the lead author of the study, “we may be able to predict nitrogen-cycle activity, and more importantly the gaseous loss of nitrogen, in other temperate forests around the world.”