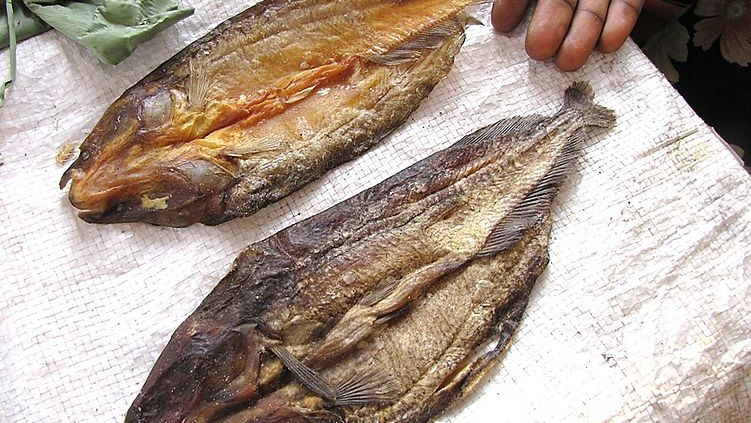 In the Republic of Congo, growing demand for firewood is fueling deforestation. After mangroves, alarm now extends to inland forests

Consumption of smoked fish is reportedly fueling deforestation in Congo-Brazzaville according to Africa News, a TV channel controlled by Euronews SA. The popularity of Makwala, as this specialty is called, in fact, is boosting large demand for firewood from producers, the TV claims. This trend has already resulted in a widespread destruction of mangroves, which is a notoriously valuable resource.

“On one hectare, I can have about 700 trees, 1000, or 250, or 500 it depends,” a local logger told Africa News. “One thing is sure. In one month, I can cut down trees over 3000 meters by 100 meters,” he adds. His worda are a cause for concern. In addition to being home to a wide variety of animal species, mangrove forests act as permeable dams by dampening storm surges and limiting their impact. Moreover, tmangroves have a high carbon sequestration capacity with obvious positive impact on climate mitigation.

Although the situation has improved during the 21st century, however, between 1996 and 2016, the latest report by the NGO Global Mangrove Alliance says, the Planet experienced a net loss of 4.3 percent of these trees. The rate of regrowth, in other words, has not been high enough to offset the losses.

Mangroves, however, represent only a portion of the story. The growth of illegal logging and the gradual depletion of plants in coastal locations is allegedly fueling increased deforestation in inland areas. According to data from the World Resource Institute, the Republic of Congo is home to 23.5 million hectares of forest covering about 70 percent of the country’s land surface.

The area, Africa News says, accounts for 10 percent of the forested area of the Congo Basin – largely included within the borders of the neighboring DR Congo – which is, in turn, the Planet’s second largest forest after the Amazon.

Since 2000, Global Forest Watch says, the country has lost 3.4 percent of its tree cover. equivalent to 537Mt of CO₂ emissions.

In May 2021, the Republic of Congo signed an agreement with the World Bank as part of the REDD+ initiative. The arrangement involves a total funding of $41.8 million to support efforts to tackle deforestation and climate change. World Bank, in particular, “will reward efforts to reduce 8.4 million tons of carbon emissions through 2025 under the Republic of Congo’s ambitious emission reductions program.”

The country’s social and economic conditions, however, are still an obstacle. “Smoking fish is a difficult job. It depends on the quantity and size of the fish,” one worker tells Africa News. “When it comes to big fish, it consumes quite a bit of wood unlike frying.” Some charities are trying to convince operators to adopt more efficient ovens. But without success. “She smokers find the ovens expensive”, the broadcaster says. “Electricity is unreliable and many people cannot afford gas.”