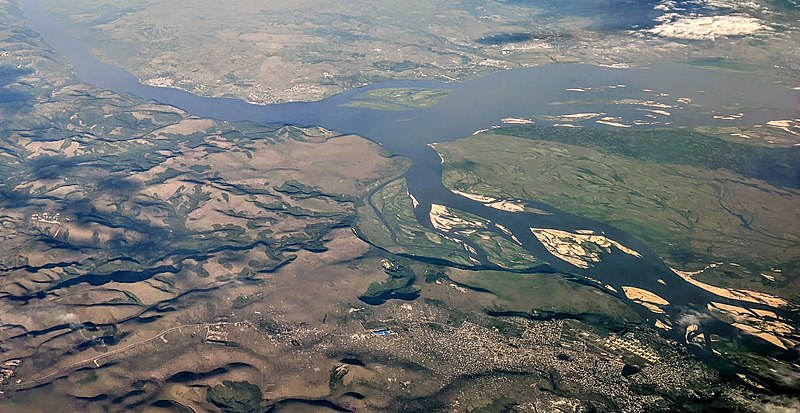 More than a quarter of the carbon stored in the Planet’s peatlands is found in the Congo River Basin, says a research released by Nature. But these environments are threatened by land use

Peatlands in the Congo River Basin are more extensive than expected, says a research published in the journal Nature. The work, which includes an accurate measurement of this habitat which had been mapped for the first time only in 2017, highlights the importance of the area in addressing climate change.

Local peatlands, in fact, currently store about 29 billion tons of carbon, equal to the amount of global emissions recorded in a three-year period according to Bloomberg. At the same time, anyway, the conservation of this environment is threatened by land use change, the researchers say. A phenomenon that is still widespread in several areas of the Planet, including Africa.

“The world’s largest tropical peatland complex is found in the central Congo Basin,” the researchers say. “However, there is a lack of in situ measurements to understand the peatland’s distribution and the amount of carbon stored in it.” The study, the first of its kind conducted in situ in the Democratic Republic of Congo, which is home to two-thirds of the peatlands that extend along the river, allowed for a more accurate measurement.

“We show that the peatland complex covers 167,600 km2, 36% of the world’s tropical peatland area,” the research states. The observed habitat, Bloomberg writes, is 15 percent larger than previously estimated.

Moreover, say the authors from several universities in the United Kingdom and the Democratic Republic of Congo, including Leeds, Edinburgh, Kisangani, and Mbandaka, “results show that the central Congo Basin peatlands store approximately 28% of the world’s tropical peat carbon.”

The importance of peatlands

Characterized by special biodiversity, peatlands have always attracted the attention of scientists for their role in climate mitigation. But the effectiveness of these environments in storing carbon can vary widely in different regions of the Planet. Compared to those recently mapped in the Peruvian Amazon, the researchers note, for example, “the central Congo peatlands store almost twice as much carbon per hectare.”

Protecting these areas, they add, also means preserving their biodiversity. However, peatlands are also in danger. In the Planet’s tropical region, in fact, only 8 percent of the carbon stored in these environments is found within protected areas. More than 90 percent of the sequestered carbon, in other words, is located in places that are subject to land use change.

The phenomenon, by the way, is already evident. Concessions for logging, mineral exploration and palm oil production currently affect 26 percent of the area’s peatlands. In late July, Bloomberg writes, “Congo launched a tender round for 30 oil and gas permits, several of which overlap with the peatlands.”

In addition, “Congolese President Felix Tshisekedi said the country would strive to minimize environmental impact, but needed to develop its oil industry to improve the living conditions of its citizens, who are among the world’s poorest.”

Concerns are mainly about the impact of operations on the humidity seal in these environments. Already drier than their counterparts in other countries such as Indonesia and Peru, in fact, Congo’s peatlands appear particularly vulnerable. Reduced water presence, the researchers say, encourages the decomposition of dead branches and roots in the soil and the consequent release of CO2. With obvious impact on climate.