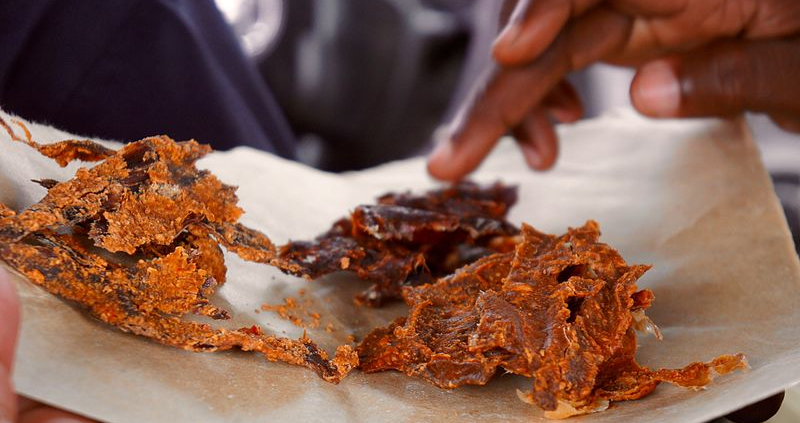 Changing the production method of a traditional Nigerian delicacy to protect trees and climate. Here’s the missione of a solar powered plant in a country devastated by deforestation

It is one of Nigeria‘s most celebrated traditional dishes. And it has recently become a symbol of a highly suggestive best practice. Kilishi, a spiced beef dried delicacy, is a source of economic support for many family businesses in the country. Its production, however, has proved highly problematic due to its serious environmental impact and poor hygienic standards. So, local authorities have undertaken an unprecedented initiative: the construction of a solar-powered production plant in the village of Yaba, a settlement located in the state of Katsina, in northern Nigeria. The decision, taken with the support of the World Bank, represents a first step in the fight against an increasingly worrying problem: the growing deforestation that affects the country.

Traditional production is not sustainable

Kilishi, the World Bank says, “is essentially made from thin strips of raw meat seasoned with spices, smoked over woodfire and sun-dried in the open, with flies, birds, dust and other windblown particles settling on the drying meat. A laborious and time-consuming effort to make, it takes two to three days, and longer during the rainy season.” Traditional production, in other words, does not meet proper hygiene standards. And this is not the only problem. “This method of drying is also unsustainable, with 100 kilos Kilishi requiring the use of 20 kilos of firewood.”

Launched in 2020, the program – which is part of the Nigeria Erosion and Watershed Management Project, an initiative for soil protection promoted by the World Bank – has led to the construction of a factory where the production process takes place in a protected area and solar panels replace wood and coal. An important message, even if on a small scale, at a time when the food industry is contributing to about a one-third of man-caused emissions every year. But also an economic opportunity in a country like Nigeria. Which, despite the long time running GDP growth, is still facing widespread poverty.

The choice of solar power is highly relevant. Abandoning wood, in fact, is particularly important for Nigeria, which has been the victim of increasing deforestation for at least two decades. According to estimates by Global Forest Watch, a monitoring initiative promoted by the American non-profit organization World Resources Institute, in fact, in 2020 the country lost 97,800 hectares of natural forests. Since the beginning of the 21st century, the count exceeds one million hectares, or 10% of tree cover. 141,000 of these were primary forests. On balance, deforestation has generated additional emissions of 527 million tons of CO2.

The plant, the World Bank says, “has led to a cut in production time from an average of 3-4 days to 3 hours at peak sunshine.” Not to mention the increase in production capacity, now set at 1.6 tons of meat per day (while “same quantity would take 20 Kilishi makers 2 weeks using the traditional sun-drying method.”) The higher output now makes it possible to satisfy a wider demand, reaching other regions and some of the largest cities in the country such as Abuja and Lagos.

Diversity and circular design will lead global food into the future

Finally, improvements can also be seen at other levels of the production chain. With important social consequences. Although butchery work is traditionally carried out by men, the cultivation and production of the other ingredients used for meat processing is almost exclusively made by women. And now they are benefiting from rising prices associated with increased demand. “Women at home got a source of income by producing and supplying it to the factory,” says Nasiru Hamza, president of the Yaba village. “Virtually, women own the whole investment.”