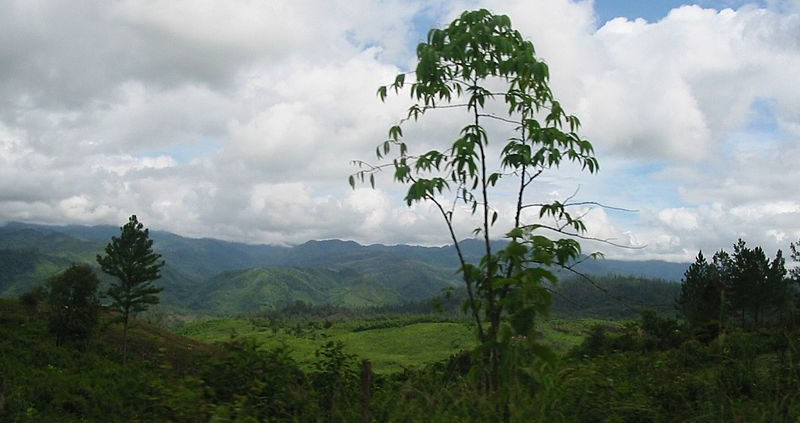 In Honduras, narcos are still driving deforestation. The problem affects the whole Central America. However, it is not only drug trafficking that fuels land destruction, say indigenous communities.

Narcos‘ activities are also responsible for the deforestation affecting Honduras, according to the magazine Diálogo Americas which mentions the latest data released by the National Institute for Forest Conservation, the ICF. “In 2021, more than 90,000 hectares of forest were destroyed as a result of 816 intentional fires to grow illegal crops and carry out other activities”, the magazine says. Activities include livestock farming, a practice used for laundering purposes.

Part of this destruction is originated by traffickers who “clear the forest to build their clandestine airstrips, farms, and drug laboratories,” according to a witness of the indigenous community of the region of La Mosquitia, one of the most affected area which includes in particular two protected forest. These areas cover a combined surface area of 8,000 square kilometers hosting tens of thousands of natives “as well as hundreds of endangered plant and animal species.”

“In order to plant marijuana o coca,” the magazine says, “criminals do not cut the vegetation but rather start fires, destroying the flora and fauna in the area.”

According to estimates, the cultivation of 20,000 plants for drug production involves the elimination of 2 hectares of forest. The authorities have responded by launching a restoration program in collaboration with the Forest Conservation Institute. Last year the operations involved more than 4,100 hectares with the planting of 2.5 million seeds.

Narcos are responsible for 30% of deforestation in Central America

The contribution of narcos to deforestation has been known for years. “Drug trafficking has become a major cause of deforestation in Central America because transportation routes have been established throughout the region,” Bernardo Aguilar, director of the Costa Rican organization Fundación Neotrópica, said in 2018, as reported by Reuters.

The news agency also mentioned a study published the previous year in the journal Environmental Research Letters, according to which cocaine trafficking was responsible for 30% of the destruction of forests in Honduras, Guatemala and Nicaragua.

Central America, Aguilar sais, represents only 2% of the planet’s land surface but is home to 12% of global biodiversity. Between 2006 and 2011, the Rio Plátano reserve, in the heart of the Honduran region of La Mosquitia, reportedly lost 39,000 hectares of forest.

But drug trafficking is not the only factor

In any case, many different factors contribute to the destruction of the forest. Alongside the narcos, in fact, are the operators of the illegal timber market, which, according to estimates, generates a turnover of between 60 and 80 million dollars per year. In addition, there are also the activities of legitimate businesses, whose impact is causing a strong reaction from local native communities. Questioned by Mongabay, the Moskitia Asla Takanka Association (MASTA), which represents the original residents of the lands, has blamed the interference of the state authorities in the management of the area.

Authorities, said MASTA, “opened the door to land exploitation by private companies, and thus led its inhabitants to extreme poverty.”

The organization asked the government to entrust local communities with the task of managing the forest restoration process. The proposal, which seems to follow similar initiatives that have already been successfully experienced in different areas of the globe, has not been adopted according to the local communities.