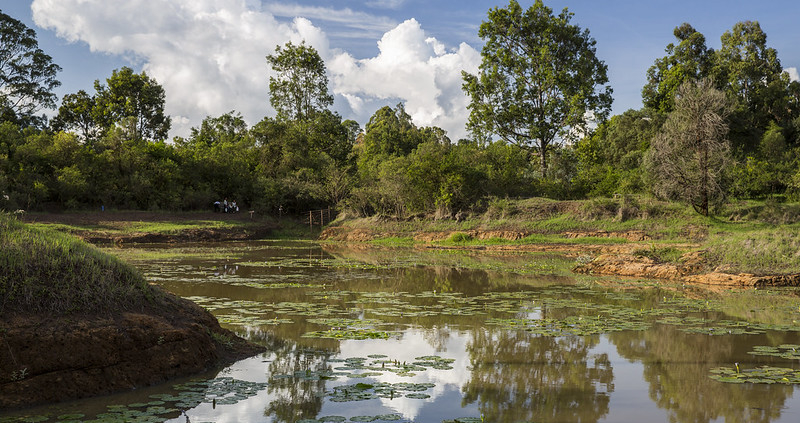 Behind the rebirth of the Mirema forest is a community initiative that is now recognized as a best practice for the country. But also as a new sign of Africa’s growing commitment to protecting its natural resources

Three hundred thousand trees planted in four years tell so much about the success of the Mirema forest restoration project in Kenya. This unusual project, said the U.S. NGO Mongabay, is now attracting a growing interest as it sets a new benchmark for many forest protection and regeneration initiatives.

Located 480 kilometers far from the capital Nairobi, the forest had been devastated for decades under the pressure of coal and gold mining. Widespread deforestation had favored hydrogeological instability, thus worsening the impact of floods. Hence the need to intervene with tree plantings to revive the land. Nothing new except for a major detail. The initiative, in fact, was made possible not through a government plan but thanks to the effort of the local community, which formed a new organization called Mirema Community Forest Association (CFA).

Five years ago, the Mirema Forest in Kenya had no trees left.

When the local community saw what had happened, they decided to help restore the forest.

So far, they've planted 300,000 trees and successfully regenerated 50% of the forest.

The survival rate of the trees, which has reached an astonishing 70%, confirms the success of the work. “Compared to similar efforts across Kenya”, says Mongabay, “the Mirema initiative is ranked among the best community-led reforestation initiatives due to the high survival rate of the trees planted, an outcome that caught the attention of the Kenya Forest Service (KFS).” Ronald Aloo, a forestry worker with KFS, pointed out that in government projects, the capacity to establish permanent roots occurs on average in just 50% of the trees.

The direct involvement of the local community has been crucial for the better performance of the Mirema project, he added. Normally, the plans promoted from top clash with the skepticism of residents, unwilling to accept the initiatives of the government. The bottom-up operation, by contrast, has found more cooperation.

“It was not easy telling people to move from the land which they had occupied for almost two decades,” said William Odhil, the president of Mirema CFA. “It took a lot of effort for them to understand where we were coming from.”

Full restoration of the forest within five years

After securing the area in 2018, some community members took action to concretely support the project. This is how the nurseries were born with the financial support of CFA members, which allowed the purchase of seeds. In these nurseries the trees to be planted later in the territory were grown. In other areas of the forest, natural regeneration was carried out with the introduction of seeds on the spot. Both techniques have proved effective.

To date, 405 hectares of land, about 50% of the original forest area, have been completely restored. The Kenya Forest Service, meanwhile, has joined the initiative by offering its cooperation. A five-year plan drawn up by the agency is expected to help complete the operation. According to Mongabay, KFS “says it’s currently drafting a policy paper that will see other reforestation drives adopt the Mirema CFA approach as an example of a successful Kenyan reforestation initiative.”

This case represents a new sign of the growing sensitivity expressed by Africa in the sustainable management of its natural heritage. In recent years, in fact, the continent has experienced important initiatives based as much on individual impulse as on governmental planning. Among the most interesting examples in this sense is the land protection program implemented by Gabon, one of the most forest-rich countries in the world.

With its 23.6 million hectares of forest, covering 90% of the national territory, the country signed an agreement in 2019 with the Central African Forest Initiative, an international coalition supported by the United Nations. The alliance, which includes several donors such as Germany, Norway, the Netherlands, France and South Korea, began disbursing the first share of a $126 million payment to Gabon. The amount, according to the agreement, will reward the nation for the ecosystem services performed by its forests as the government decided to drastically limit land use by allocating to the timber industry only the least valuable forests. Besides being home to a particularly large biodiversity, the country’s forested territories are estimated to sequester about 140 million tons of CO2 each year. Almost five times the amount they release.