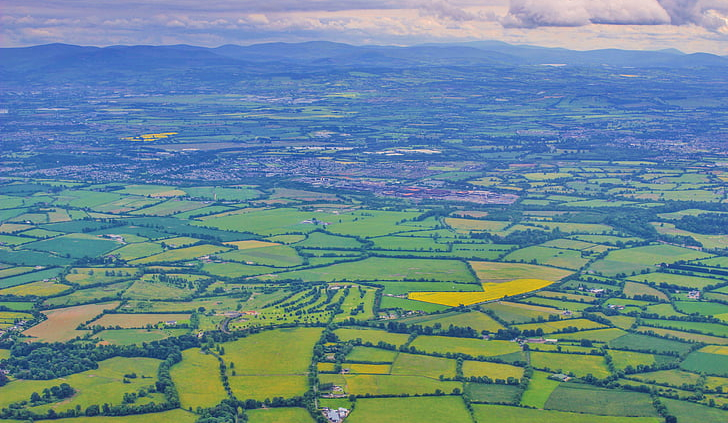 The EU’s Mission Soil has been officially launched in Italy. Living Labs, Lighthouses and the role of farmers: we need good practices against degradation and soil sealing. But also political decisions including a new law to protect the soil

Climate is changing, crisis is coming and the European soil isn’t feeling so well itself. Data say it all – there are almost 3 million contaminated sites in Europe – while serious threats – including erosion and soil sealing, not to mention the rest – remain. The good news is that the EU has a detailed plan. But time is running out and we need to act now with practical initiatives in accordance with the mission of Soil Health and Food. That’s the message from the speakers at the meeting “Caring for soil is caring for life“, organized by the Ministry of University in collaboration with APRE, the Agency for the Promotion of European Research. The goal is to introduce the details of the EU soil mission, one of the five initiatives within the framework program Horizon.

“The Italian positioning in this particular context inevitably suggests that our country must secure a role of primary importance in the future Mission Soil” says the director of APRE, Marco Falzetti. “Creating awareness, involving local communities, fostering the participatory research approach are some of the main objectives” adds Catia Bastioli, CEO of Novamont and member of the Board of Mission Soil, highlighting the most urgent goals: to ensure the health of at least 75% of European soils by 2030 but also “to protect biodiversity and the nutrient cycle, mitigate climate, regulate the water cycle, provide cultural and landscape services”.

Today, two complementary entities are promoting practical solutions: the Living Laboratories and the Lighthouses. Living Laboratories aim to create knowledge, design, evaluate and spread innovative solutions. Lighthouses are experimental farms created to test and demonstrate the viability of best practices. In addition, a new set of eight indicators is being developed to monitor the state of the soil. As well as the creation of new independent advisory services for farmers and foresters.

“Soil care is fundamental to ensure agriculture sustainability,” recalls Antonio Parenti, Head of the European Commission’s Representation in Italy. But the general condition of Peninsula’s land is still worrisome. There are almost 16 thousand square kilometers of soil affected by different degrees of degradation, says Angelo Riccaboni, national representative of the Mission “Soil Health and Food” and president of the Santa Chiara Lab of the University of Siena. That’ s why it is necessary “to adopt technological, organizational and social innovations through close collaboration between researchers, farmers, food companies, institutions and citizens”.

Warning: per capita land is shrinking

Another source of concern is soil consumption.  According to Michele Munafò, director of the Istituto Superiore per la Protezione e la Ricerca Ambientale (ISPRA), Italy consumes 16 hectares per day, which means 57.5 square kilometers a year. However, the problem has a global dimension: “In 1950 each citizen on this planet had 6 thousand square meters of land available” explains Massimo Iannetta, national delegate of Cluster 6 Horizon Europe. “Half a century later, the per capita figure had dropped to 2,000 square meters. In 2050, forecasts say, it should drop to one thousand.” Demographic growth is not the only crucial factor, since all the well-known phenomena of degradation and consumption, especially deforestation and soil sealing, are to blame.

So what to do? There are several initiatives and proposals involving different people. Farmers, says Massimiliano Giansanti, President of Confagricoltura Nazionale, “have two tasks: to produce primary goods and to protect the central role of circular bio-economy“. In order to restore soils, “long-term applied research is needed” points out Giuseppe Corti, president of the Italian Society of Pedology. Corti proposes the development of “new de-polluting supply chains” to find solutions that are also economically sustainable such as biomass and composting.

“We need a political act” to protect the soil

Best practices in the food sector – still monitored by a soecific observatory as Cristiana Tozzi, PRIMA Strategic Project Manager, reminds – are already in place. But further strong actions are as essential as ever, even at the regulatory level. “An urgent political act is needed, Parliament must immediately approve a law against land consumption” says Luca Mercalli, president of the Italian Meteorological Society. And since “there is still a lot to do in order to protect soil expecially from the regulatory point of view”, says Debora Fino, president of Re Soil Foundation, it is still evident how the lack of regulations affects the life and work of many operators. Not having specific laws for soil protection causes incalculable damage. “We ask to have the opportunity to regenerate soils because fertile soil is our working tool” is the appeal of Alessandro Apolito of Coldiretti.

Education has a crucial role

Finally, education, a crucial element at all stages. “It is the task of the Ministry of University and Research to promote strategic lines in order to develop research and innovation, thus finding practical solutions to the challenges of our society,” observes the newly appointed head of the department, Cristina Messa. “Despite the many interventions aimed at raising awareness at different levels, there is still no soil culture,” finally notes Adele Muscolo, professor of pedology, agricultural biochemistry and soil ecology at the University of Reggio Calabria and representative at the Horizon Europe Mission Board. Not surprisingly, Mrs Muscolo has carried out a pilot education project on soil for high school students and has announced the launch of new initiatives for primary and secondary school pupils.