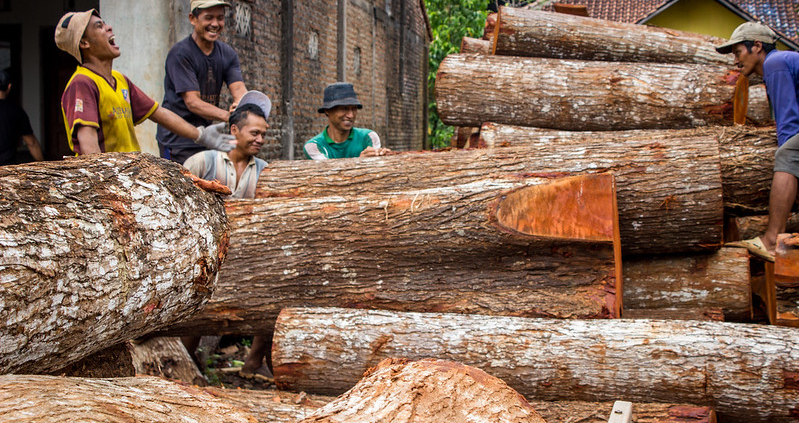 The termination of the agreement on tree preservation between Oslo and Jakarta puts Indonesia’s commitment at risk. As the country has already lost almost 10 million hectares of primary forests in the 21st century

Indonesia and Norway are getting ‘divorced’. In a surprise move in recent weeks, the Jakarta government announced the breakup of a multi-year agreement designed to boost the fight against deforestation. The agreement committed Oslo to pay the Asian country for its environmental efforts. But misunderstandings and disputes have prevailed. “The decision is also based on the lack of concrete progress on the implementation of the obligation of the government of Norway to deliver the results-based payment for Indonesia’s achievement in reducing 11,2 million CO2eq greenhouse gas emissions in 2016/2017”, according to an official statement of the government. The end of the deal, Indonesian authorities say, “will in no way to affect the Government commitment to reduce greenhouse gas emissions.”

Settled in 2010 and included in the UN’s REDD+ mechanism, the agreement committed Norway to fund Indonesia’s climate mitigation efforts with a total of $1 billion. “Indonesia’s policy reforms and strengthen[ing] of law enforcement have started to bear fruit,” Norwegian Ambassador Vegard Kaale said on May 27, 2020. “I’m very happy that in these 10 years of our partnership, we have verified that deforestation has gone down compared to the 10-year average”. The reasons for the later pull-out are not completely clear. According to plans, Jakarta was supposed to receive the first $56 million transfer shortly.

Indonesia has lost 10% of its primary forests

The end of the deal is now causing some concern among environmentalists. “Ending the agreement means deforestation control will be loosened,” said Kiki Taufik, director of Greenpeace‘s forest conservation campaign in Indonesia, calling the government’s commitment “questionable.” For sure, the exploitation of resources that has been part of the country’s strong economic growth over the past 20 years has caused significant damage. Between 2002 and 2020, according to estimates by Global Forest Watch, a project of the nonprofit organization World Resources Institute in Washington, Indonesia has lost 9.75 million hectares of primary forest, representing about 10% of the total.

Palm oil is the main contributor

The palm oil boom is widely known as the main factor behind this trend. Today, the extraction of palm oil covers 13.3 million hectares in the country, putting at risk the survival of one of the richest ecosystems of the planet in terms of biodiversity. The Asian country, in fact, is home to the third largest tropical forest in the world (after the Amazon and the Congo River Basin) as well the 10-15% “of all known plants, mammals and birds on the planet”, says Greenpeace.

These forests, “store nearly 300 billion tonnes of carbon, which is roughly 40 times the annual greenhouse gas emissions from fossil fuels.” Areas subject to deforestation lose the ability to sequester carbon and are subject to frequent wildfires. This “has pushed Indonesia into the top tier emitters of global greenhouse gas emissions, alongside the United States and China.”

Tørris Jæger, director of Rainforest Foundation Norway, told Climate Home News that negotiations on payment arrangements between Oslo and Jakarta had been difficult due to some disagreements over disbursement conditions. Anyway, the end of the agreement, he added, does not represent “a signal that deforestation and forest degradation are on a reverse agenda.” The hope is that the breach can be repaired, unlike what happened with Brazil, whose controversial forestry policy forced Germany and Norway to block their contributions to the Fund for the protection of the Amazon promoted by the government of Jair Bolsonaro.

In any case, concerns about the efficacy of remuneration schemes remain. “Over the past decade,” says Euronews, “hundreds of projects have sprung up worldwide under the REDD+ scheme. But the initiative has been dogged by controversy. Environmentalists say projects in places such as Cambodia, Peru and the Democratic Republic of Congo failed to involve local communities and deliver on promised benefits.”