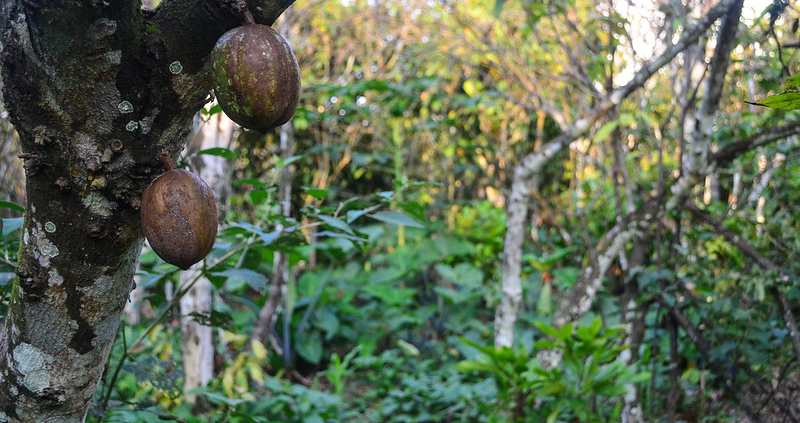 According the Institute for Security Studies, in Côte d’Ivoire land exploitation by cocoa sector crosses over with illegal timber market. As a result, forest destruction increases along with climate change and biodiversity loss

With about 2.2 million tons produced, or about 38 percent of the global total, Côte d’Ivoire is the Planet’s leading cocoa supplier. But this supremacy, which underscores the importance of the country’s main industry, has long produced a major side effect: deforestation. This is reported by the Institute for Security Studies (ISS), a nonprofit organization with offices in South Africa, Kenya, Ethiopia and Senegal.

The cocoa rush, in fact, promotes deforestation while fueling the illegal timber market. The phenomenon, which is also made possible by ineffective law enforcement, ends up endangering the survival of primary forests, which are home to high biodiversity and a notably fertile soil that is tempting to many exploiters.

“Organised crime project that farmers typically relied on natural soil fertility in virgin forests for high cocoa yields,”, ISS writes. “Natural soil has better nutrients than already-farmed cocoa fields. This leads to forests being cleared to allow for cocoa cultivation.” The process never stops: within 5-10 years, in fact, “soil fertility dwindles and farmers move to the next fresh two to three acres of virgin forest to plant a new crop.”

This process “is replicated in many parts of east-central and western Côte d’Ivoire, leading to a growth of towns and villages in protected forest areas.”

And that’s when some extremely dangerous players come in. “To diversify and increase their income, some farmers make profitable deals with logging companies and illegal timber traders to remove trees to make way for cocoa crops. This practice has proved more lucrative for farmers than cocoa bean production, making illegal logging arguably one of the country’s most prevalent and lucrative forms of organised crime.”

Smoked fish is driving deforestation up in Congo-Brazzaville

Serious consequences for climate and biodiversity

As a result, deforestation increases as cocoa crops expand. According to ISS, in production areas, Côte d’Ivoire lost 47 thousand hectares of tree cover in 2020 alone. If the current destruction trend continues, the country would end up losing the entire forest area in this territories by 2034.

In addition, ISS continues, “Illegal cocoa-related logging wipes out endangered tree species such as teak, framiré and gmelina, which are covered by strict international trade regulations”. This “has also caused massive biodiversity and wildlife losses in Côte d’Ivoire, notably among elephants and primates.”

This phenomenon is a long-standing process. Global Forest Watch estimates that Côte d’Ivoire lost 354,000 hectares of primary forest from 2002 to 2021. Since the beginning of the XXI century the country’s total tree cover has shrunk 23% or 3.46 million hectares. This loss resulted in additional 1.7 billion tons of CO2 emissions.

“In the absence of systematic law enforcement,” writes ISS, “illegal loggers produce most of the timber used across various industries, which strips income from the economy. The Ministry of Water and Forests estimates that illicit networks produce 15 to 30 times more timber than formally licensed traders, making illegal logging worth more than €33.5 million annually.”

In less than a decade, Africa has lost 49 million hectares

The events in Côte d’Ivoire, moreover, are part of a very problematic picture for Africa and the rest of the Planet. According to FAO, between 2010 and 2018, the destruction of the world’s forests averaged 7.8 million hectares per year. Over the period, a survey known as the Global Forest Resources Assessment Remote Sensing Survey showed, Africa ranks second in the world with 49 million hectares lost behind South America (68 million hectares).