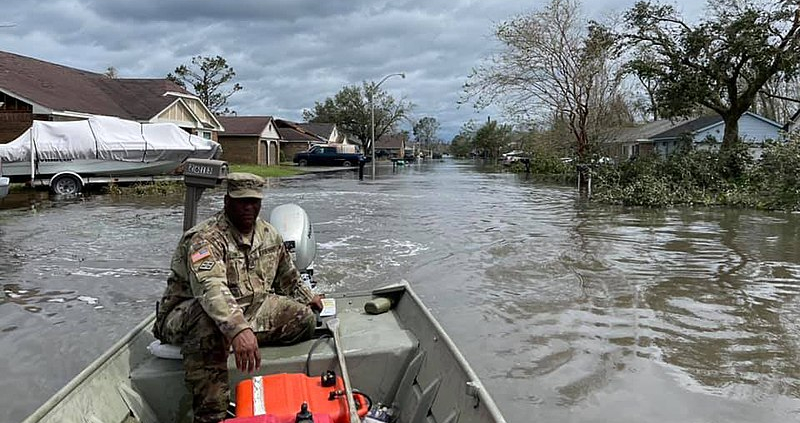 Total damage caused by extreme climate events, however, would rise up to $250 bn. Deforestation-related CO2 emissions have been the crucial factor

Not only Covid-19: 2021 has also been the year of natural disasters, which were more devastating and costly than (almost) ever. 170 billion dollars of damage, according to estimates. But that is a partial figure. The estimate, in fact, is based on the ten most significant events only and the impact of many extreme events, especially in developing countries, is hard to analyze. That’s the message of the latest report by the British NGO Christian Aid on the most striking effects of the climate crisis.

❓ What is the real cost of climate change?

🌍 A new Christian Aid study has found extreme weather driven by climate change has cost the world billions in 2021.

👉 Read our recommendations of how to help the most vulnerable here: https://t.co/Q1sNJ7TrYV pic.twitter.com/qsjwcI7RrX

“Although Covid dominated the headlines, the climate crisis continued to rage, creating its own path of devastation,” the report says. The analysis then reviews the ten most devastating events and their human and economic toll. Hurricane Ida, which hit the United States between the end of August and the beginning of September claimed 95 lives and forced 14,000 people to flee their homes, ranks first The damage reached 65 billion dollars.

At second and third place are the floods that struck Europe in July, causing 240 deaths and 43 billion dollars in damage in Germany, France, the Netherlands, Belgium and Luxembourg. Winter storms suffered by Texas in February ranked third in economic impact at $23 billion. The number of deaths was 210. The list, which includes floods in Canada, Australia and China, typhoons in Asia and the frost wave in France, brings the total count to $170 billion, 1,075 deaths and 1.3 million people displaced.

“Unless the world acts rapidly to cut emissions these kinds of disasters are likely to worsen,” the report states. In 2021, says the survey quoting the estimates of Steve Bowen, meteorologist and director of Catastrophe Insight at the insurance company Aon, the damage count has exceeded 100 billion for the sixth time in history, the fourth in the last five years. The trend, in short, is clear. But the numbers still depict a partial picture.

“The report acknowledged its evaluation mainly covers disasters in rich countries where infrastructure is better insured and that the financial toll of disasters on poor countries is often incalculable”, writes The Guardian. “In mid-December, the insurance company Swiss Re estimated that natural disasters and extreme weather events have caused some $250 billion in damage this year. The figure shows an increase of 24% compared to last year and is the fourth highest amount suffered by the insurance industry alone since 1970″.

The vicious circle involving all trends contributing to climate change, including soil degradation and deforestation, is obviously fueling the increasing intensity of disasters. An outstanding example comes from Latin America where the level of the Paraná River, which stretches almost 5,000 kilometers through Paraguay, Brazil and Argentina, has reached its lowest point in 77 years.

“The low levels are associated with reduced rainfall”, precise il rapporto. “Precipitation in the four states surrounding the top of the Parana have plunged from a daily average of 160 millimetres in the 1990s to just half that amount now,” says the report. This well-known problem – which has already been observed in the Amazon forest – is likely to have a greater impact in the future. “A study published this year predicts that climate change will intensify droughts in South America if greenhouse gas emissions are not reduced.”

CBS: “How climate change has become a Taliban ally”

A special fund for natural disasters

According to Christian Aid, this last issue will hopefully shape the political agenda in the coming years. “To prevent further disasters, countries must urgently cut greenhouse gas emissions”, the report says. “Urgent implementation must be a top political priority.” The authors, in particular, ask wealthier nations to invest in renewable energy and to ensure adequate financial support for poorer countries called upon to adapt to climate impacts. This is also why the NGO suggests the creation of a special fund to cover the damage of natural disasters. The authors hope that the project might be approved at the COP 27 scheduled in Sharm El Sheikh, Egypt, in November next year.