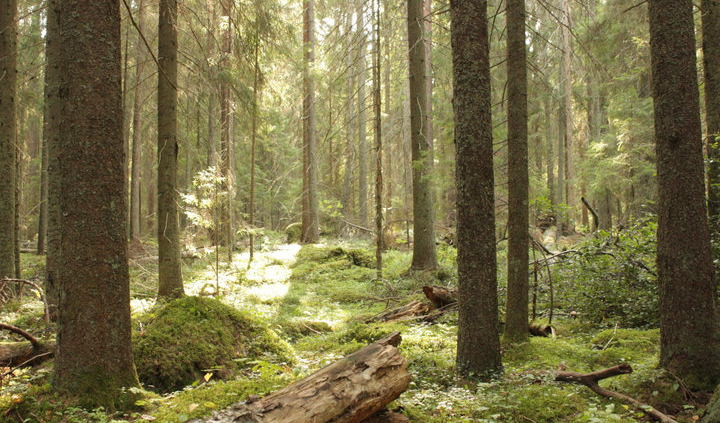 A 20-year survey by the Helsinki Ministry of Agriculture highlights the role of trees in promoting soil carbon storage. Logging reduces the amount retained. Some species prove more successful than others in sequestration

Tree growth in Finnish forests has promoted the accumulation of carbon in soil. Logging, in contrast, has contributed to a reduction in the stock of the element, thus limiting climate mitigation capacity, a recent study by the Natural Resources Institute of Finland, a body run by the Ministry of Agriculture in Helsinki, has found.

The analysis appears particularly important because of its extent. The scientists in fact looked at 14 different areas over a time span of more than two decades (1995-2016) as part of the International Cooperative Program to Assess and Monitor the Effects of Air Pollution on Forests (ICP Forests) of UNECE, the United Nations Economic Commission for Europe.

Deforestation slows but global forests are still in danger

The virtuous circle between trees, soil and carbon

According to research, the amount of element measured in forest soil – the organic layer and the first 40 centimeters of the mineral layer – increased annually by an average of 36 grams per square meter. This phenomenon is related to tree growth and fuels a genuine virtuous circle. The greater the amount of plant-derived organic matter in a forest, in fact, the greater the fertility of the site and the rate of growth of stocks in the soil.

“According to one of our new and interesting findings, the surface layer of mineral soil underneath the organic layer comprises significant carbon stocks and it also accumulates carbon as forests grow older,” explained Antti-Jussi Lindroos, one of the study’s authors, in a statement released by the research organization.

Not surprisingly, at the same time, overexploitation of resources has produced the opposite effect. “At two of our study sites, where a remarkable proportion of the living tree biomass had decreased because of human, abiotic, and/or biotic disturbance, soil carbon stock decreased,” according to the research. “In mature boreal forests, the upper mineral soil layer seemed to be an important carbon sink, and the resilience of this carbon stock to changes in stand and environmental conditions is an important topic for further analysis.”

Not all the trees are created equal

However, the research also highlighted another issue. Changes in soil carbon, the authors explained, are related to various soil factors and forest properties. The amount of stored carbon, for example, was higher in spruce forests than in pine forests. Not surprisingly, in two areas dominated by this species, natural damage and timber harvesting operations reduced the presence of the element. This finding seems to call into question other research that has focused on the different sequestration effectiveness demonstrated by different tree varieties.

In the US, for example, a study conducted last year by researchers at Indiana University analyzed the phenomenon by focusing specifically on the action of soil microbes that operate in symbiosis with the plant.

Observing 54 different sites in the eastern part of the country from which soil samples were taken, on the occasion, the scientists found that trees that associate with arbuscular mycorrhizal fungi such as maples, cherry trees and ash trees boast a greater capacity to store carbon in soil. In forests dominated by these species, the measured levels are particularly high. This suggests that roots are able to provide a retention contribution comparable to above-ground plants.

It’s not just the Amazon: one third of trees species in the world risks extinction

New studies on the evolution of carbon stocks

The Finnish research highlighted the importance of monitoring over a wide time span and field trials. “What makes the study particularly important is that changes in carbon stocks were determined accurately in specific locations over more than 20 years,” the scientists’ explained in the statement. Through time series analysis, it becomes possible to document the effects of environmental changes and develop related models.

The data collected, in short, pave the way for new investigations. “We need more measurements of the development of carbon stocks in soil after clear cutting,” explained Raisa Mäkipää, one of the researchers involved. The goal “to identify for how long carbon stocks in soil decrease after harvesting.”