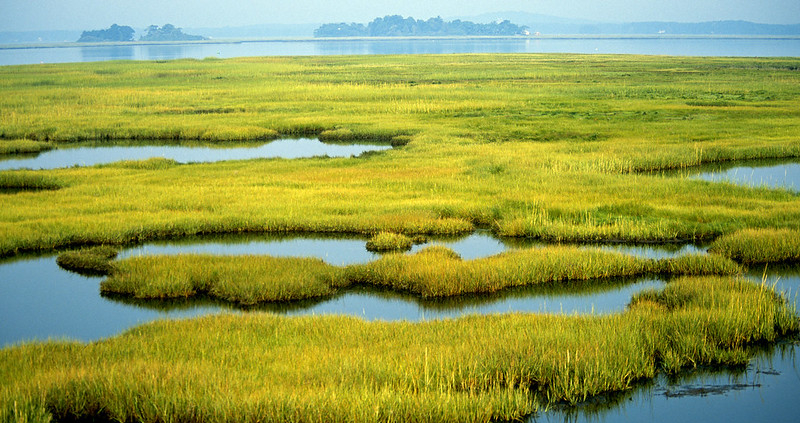 Carbon sequestration is an important tool for climate protection, EEA study says. But some practices to promote storage can reduce natural capital. The European agency ranked different terrestrial and marine habitats according to their storage capacity

Restoring terrestrial soil and marine habitats promotes greater sequestration and increased carbon storage. But assessing the potential of each habitat faces uncertain estimates. And choosing the best strategies comes at the price of striking a difficult balance. These are the main messages emerging from the European Environment Agency’s (EEA) recent survey.

The study, conducted in co-operation with Wageningen University aims “to create a baseline for further analysis, linking habitat types with CO2 storage and sequestration capacities to support nature restoration and conservation, as well as climate mitigation policies.”

📢🆕What is the #carbonstorage and #sequestration potential of Europe’s many land and marine habitats? More in new #EEAbriefing: https://t.co/jZhnbE7JNt

The sequestration capacity of a particular soil type placed in its habitat varies according to several factors, reports the study. These include climate, topographical features, biological, chemical and physical variables and more. Within this framework, the analysis represents the first attempt to classify different terrestrial and marine habitats and ecosystems based on carbon stock (the amount of the element stored in soil in absolute value measured in tons per hectare) and sequestration capacity (tons per hectare per year).

“Wetlands store the largest amount of carbon per unit area, although this varies widely, followed by forests”, says the study. Moreover, forests “provide large carbon stocks owing to the high carbon content of the above and below ground biomass”. .”

In agricultural land, “can be improved using management practices to increase the organic carbon content of soil (carbon farming, ed.).” However, “for heathlands, shrub and semi-natural grasslands, measures to increase carbon storage would reduce their high value for biodiversity, leading to further losses of species richness and abundance.” 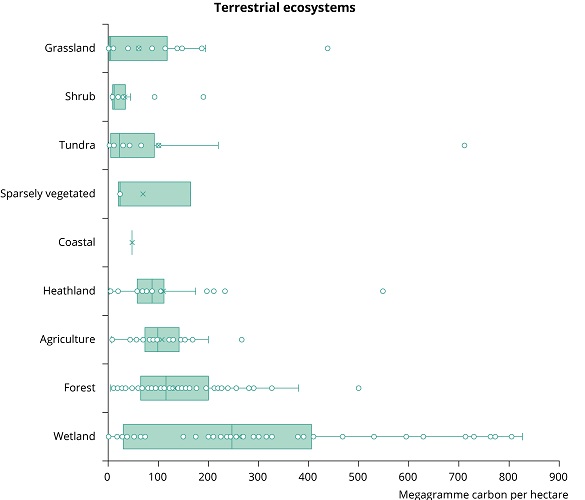 Marine ecosystems are a carbon vault

Marine ecosystems, meanwhile, “are the largest long-term sink for carbon in the biosphere, storing and cycling an estimated 93% of the Earth’s CO2,” the study notes. Much of the amount is made up of compounds of inorganic origin (bicarbonate, carbonate, carbonic acid and dissolved CO2). “A much smaller proportion is organically bound, biologically ‘fixed’ carbon, i.e. carbon in living organisms or decaying matter in organic compounds in water or in sediments.”

The marine environment, the researchers note, offers fewer opportunities for intervention. Management choices typically include the creation of protected areas. So far, however, measures to promote or protect storage in the marine environment have affected a small amount of habitat. 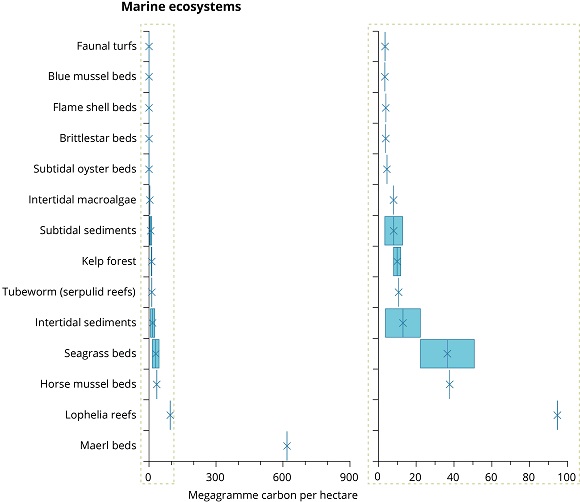 Restoration efforts must first take into account the different annual sequestration capacity. For example, forests operate three times faster than wetlands and agricultural land. Marine environments, meanwhile, operate at an even slower rate. In this context, “restoration measures should aim to stop net emissions of greenhouse gases and optimise the carbon storage and sequestration potential of habitats while simultaneously maintaining and improving their biodiversity.”

The paradox of urban forests: more polluted but even more useful for climate mitigation

In the end it’ s all about finding a complex balance. Some strategies to maximize carbon sequestration and conservation, in fact, can have a positive impact on soil productivity and combating climate change. But also a negative effect on biodiversity. That’s why, the analysis notes, “Climate change mitigation and nature restoration are two sides of the same coin when it comes to achieving two main objectives of the European Green Deal; climate neutrality and increasing the EU’s natural capital.”