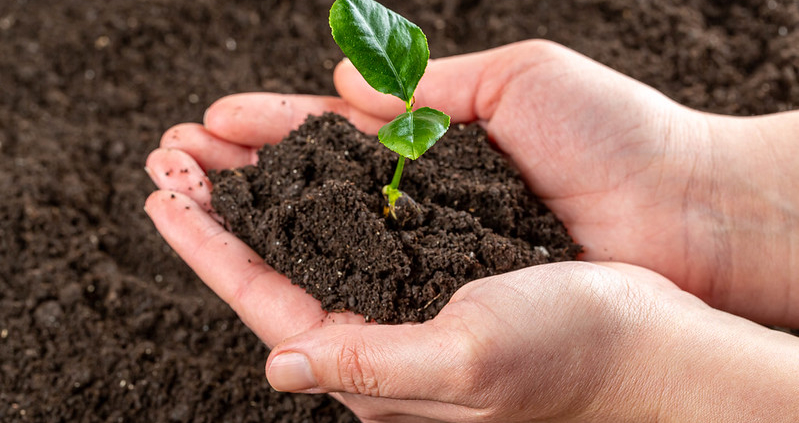 The presence of heavy metals in soil can be significantly reduced through solar-powered evaporators. The solution, developed by the University of South Australia, could find application in other contexts and for other substances

A new technique based on filtering water during evaporation could provide an effective solution to the problem of soil contamination, according to a group of researchers at the University of South Australia. “Plants naturally draw mineral components out of the soil when they move water from their roots into their stems, leaves and flowers, where those mineral components are trapped,” explained Gary Owens, one of the researchers involved in the study along with colleagues from the same university Pan Wu, Xuan Wu, Yida Wang and Haolan Xu.

Plants, in other words, “can be used to extract contaminants, but the process is very, very slow, often taking multiple growing seasons, particularly in heavily contaminated situations, where the soil toxicity means the plants struggle to grow and often die.” For that reason, the authors “have created a system that mimics this process – a form of biomimetic plant – but one that does so at a much faster rate and without any of the problems caused by toxicity.”

Mimicking the behavior of plants

The technique involves the use of a special photothermal evaporator, a tool that uses solar energy to produce heat and accelerate the evaporation of water in the soil. Water passes through a filter that retains the hazardous substances it contains, including with heavy metals (HM).

The evaporator is built to mimic the behavior of plants, which “have naturally evolved processes to harvest and sequester essential elements and nutrients from the rhizosphere to promote their growth via transpiration and to also detoxify and compartmentalize HM contaminant,” the research says.

The tool “mainly simulates the absorption of HMs by plant roots and the transpiration of leaves, so as to capture the HMs in soil water by the mimetic root, and through the adsorption and fixation of biomimetic plants, the HMs can be enriched in the biomimetic plants which results in an overall reduction in the concentration of HMs.”

Equipped with a continuous water injection system, the evaporator enabled long-term extraction and subsequent remediation of contaminated soil. Absorption relied on a special hydroxyapatite-based cellulose sponge. The authors then measured the content of heavy metals in the water before and after remediation by taking a soil sample then used to grow a broccoli plant in pots. The results were very satisfactory.

“Four-week indoor solar evaporation tests of the evaporator shows that evaporation performance is generally stable and HMs (As, Cd, Cr, Pb, and Zn) in soil pore water are reduced to varying degrees,” according to the study.

Moreover, “After solar driven evaporative remediation (SDER) a plant assay in the treated soil shows that relative to an untreated control soil, HM content in broccoli roots decreases by 37.2, 56.4, 25.9, 46.3 and 26.9% for As, Cd, Cr, Pb and Zn, respectively. This work successful demonstrates a new direction in solar evaporator design by enhancing water evaporation to achieve efficient soil contaminant remediation.”

A solution for contaminated soil

The results could inspire new large-scale applications. According to Haolan Xu, one of the researchers, in fact, the tool used is made of inexpensive and readily available materials, is easy to install, and “and unlike some existing soil washing techniques, it doesn’t disturb or destroy the soil composition.” By operating on the properties of the absorbent material, moreover, it is possible to use this machinery to “to remove antibiotics or PFAS from soil, and to reduce soil salinity.” The hope, in short, is that the system may prove useful in addressing a particularly troubling and widespread problem.

Last year, the Global Assessment of Soil Pollution report showed that in 2018 the Planet’s lands absorbed 109 million tons of synthetic nitrogen fertilizers. Moreover, between 2000 and 2017, pesticide use on a global scale increased by 75 percent.

Recently, Ravi Naidu, a professor at Newcastle University, recalled that 80 thousand different chemicals are now used worldwide and only 0.25 percent of them have been adequately tested to assess their safety. Potentially, he added, there are about 10 million contaminated sites on a global scale: a quarter of the total are in Europe, 30 percent in China and India. Remediation of these areas is still a major challenge for the future.