A National Research Council study published in PNAS reconstructed changes in sub-polar sea ice cover in response to rapid climate warming of the last ice age. The answers offer an alarming scenario of the Arctic situation by mid-century

It all comes from two cores extracted in northwestern Groenlandia and the Groenlandia Groenlandia. The goal was to reconstruct the evolution of sea ice cover in that portion of the sub-polar region, by examining a series of sudden swings in the climate that occurred between Groenlandia. A useful work also for our days, because it allows us to predict what will happen due to current global warming.

The results of this survey, conducted by two CNR research institutes – the Institute of Atmospheric and Climate Sciences and the Institute of Polar Sciences – together with two Italian universities (Padua and Ca’ Foscari of Venezia) and several international institutes, have been published in the journal PNAS.

Studying the past to predict the future

“The results – explains Federico Scoto, CNR-Isac researcher, who led the study – show how between the sub-polar regions of Baffin Bay and the Labrador Sea, the reaction time of sea ice, following a sharp rise in temperatures in Greenland, either almost synchronous, instantaneous or occurring within a decade, moving from persistent thick multi-year coverage to open sea and seasonal ice conditions ”.

Evidence therefore confirms the close relationship between climate warming and Arctic sea ice reduction. “The climatic cycles known as Dansgaard-Oeschger (D-O) events are characterized by an increase of up to +15 ° C in atmospheric temperatures in Greenland in a few decades, followed by a progressive cooling that can last up to 1-2 thousand years” , adds Carlo Barbante, director of Cnr-Isp, professor at Ca ‘Foscari University and co-author of the study. “This study confirms the importance of studying the climatic variations of the past to better understand the present ones and develop models for the future”.

Sea ice forms itself in winter in the polar regions and is one of the fundamental climatic variables. The thickness of the Arctic ice pack can vary from a few tens of centimeters up to 5 meters, depending on the age of the ice: the newly formed ice rarely exceeds one meter, is more fragile and subject to summer melting than the multi-year one, often up to to several meters and longer lasting.

“In recent decades, due to anthropogenic warming, there has been a reduction in the extent of sea ice in the Arctic by 13% every ten years, compared to the period 1981-2010, and a volume loss of more than 60% compared to the 1982, largely due to the progressive disappearance of multi-year ice. At this rate, based on future climate scenarios, the Arctic Ocean will be ice-free in the summer as early as 2050 “, warns Barbante. 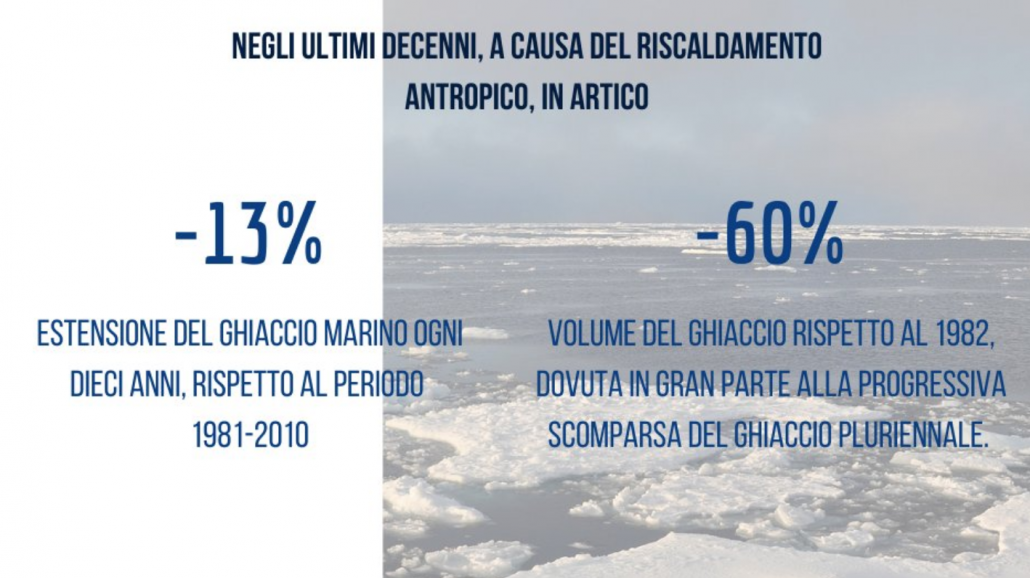 “The new data confirm what was claimed in a previous study that aimed to reconstruct the evolution of sea ice in the Canadian Arctic during the entire last Ice Age, but without the time resolution necessary to solve in detail the cyclical transitions from cold staging periods. , at hot inter-stadium periods ”, concludes Andrea Spolaor, researcher at Cnr-Isp.