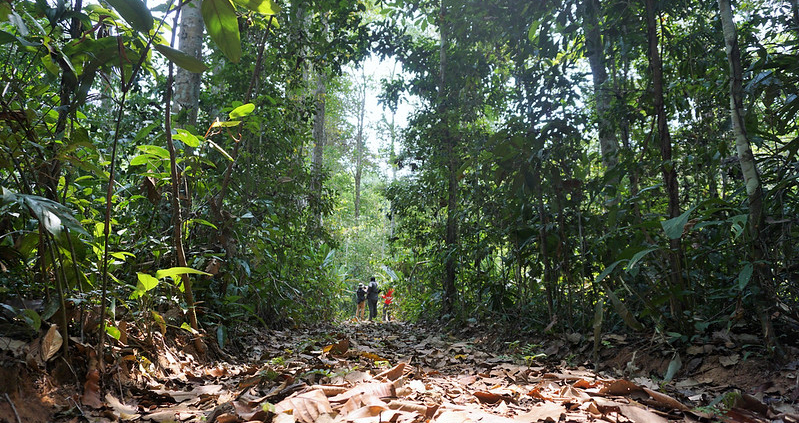 Supported by CESVI and the Lavazza Foundation, Peruvian indigenous communities are finding in the Amazon nut a new opportunity for empowerment. With positive impacts on the economy and the climate

Preserving the natural heritage of the Amazon forest, promoting the role of indigenous communities in safeguarding resources, restoring degraded areas and ensuring economic autonomy for local people. These are the goals of “I guardiani della foresta” (Guardians of the Forest), the project launched by Italian NGO Cesvi and the Lavazza Foundation in the Peruvian region of Madre de Dios. The initiative, presented in recent days at Terra Madre – Salone del Gusto 2022, the traditional event organized by Slow Food in Turin, Italy, focuses “on promoting the production and marketing of local natural products such as Amazonian walnuts and the planting of fruit trees, which for indigenous communities represent a source of self-consumption and an opportunity for revenue.”

“In the Amazon, forest protection involves both two environmental and social sustainability,” says Veronica Rossi, Lavazza Group’s Sustainability Manager. The intercation between these two dimensions becomes clear when looking at the properties of the key resource at the center of the project.

Capable of growing up to 50 meters tall, living up to 700 years and storing about 64,000 kg of CO2 over its lifetime, the walnut tree plays an important role in climate mitigation. In addition to representing, along with other fruit trees, both a source of self-consumption and an opportunity for income for local people.

“The project aimed to revitalize the supply chain in the Amazonian walnut production sector,” explains Roberto Vignola, deputy general manager and head of communications and fundraising at Cesvi. “Supporting this activity and above all guaranteeing a fair price on the market, in fact, means preventing the search for other sources of income that are harmful to the environment, including illegal mining.”

The role of the local community in Amazonia

The development of illicit mining is still a widespread phenomenon in the country. “Over the last decade, Peru’s fast-growing economy was fueled by high prices in the mining, oil, and gas sectors”, says USAID. “As gold prices climbed, illegal alluvial gold mining expanded into sensitive ecosystems, including protected areas and indigenous lands.” Organized crime obviously plays its part. But also behind the illicit extraction sometimes is the lack of alternative economic opportunities that drives even small family groups to engage in mining operations.

In this scenario, however, local communities can also be an effective safeguard against illicit resource exploitation.

Between 2018 and 2020, for example, a monitoring program conducted by 80 native communities in the Loreto region of northern Peru, with the support of three organizations (Rainforest Foundation US, World Resources Institute, and ORPIO) resulted in the halving of illegal logging in just one year.

Protecting the Amazon would require minimal spending, a study says

The Guardians of the Forest project has been developed on more than 40 thousand hectares and has led to the planting of about 5 thousand trees, contributing to the development of a supply chain characterized by great potential. “At the moment ten families belonging to four native communities are involved, but next year we hope to involve 20 families,” explains Davide Belloni, Cesvi coordinator for Latin America, emphasizing the strong vitality of the Amazon walnut market.

“It is a highly valued product, especially in Asia,” he adds. “Its nutritional and antioxidant properties encourage its use in both the food and cosmetic industries.”

The initiative’s promoters, in any case, are aware of the need to diversify residents’ income opportunities also given the seasonality of the harvest. “Walnut is the main resource but the forest also offers other products,” Belloni says. Finally, strengthening the local supply chain should go hand in hand with reducing the use of intermediaries in export activities. With the goal of ensuring more income for the local community by fostering its economic autonomy even after the project ends.