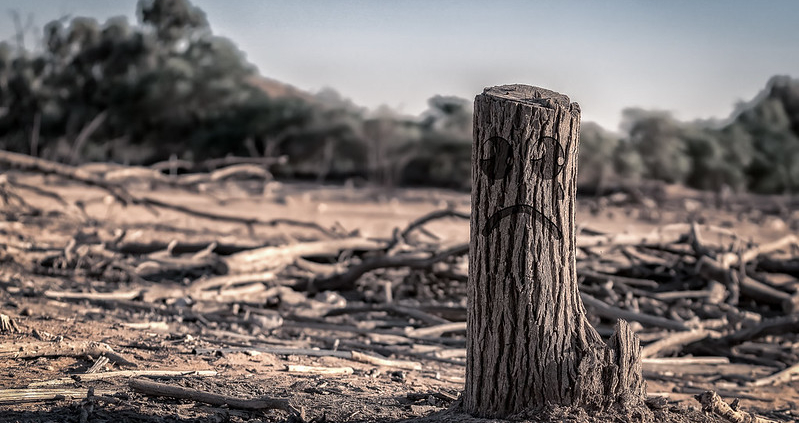 According to Make My Money Matter campaign, 20% of UK pension fund investments support companies involved in deforestation. A move that puts the future of the Planet and the very financial stability of operators at risk

Twenty percent of UK taxpayers’ savings invested in pension funds end up financing deforestation on a global scale according to Make My Money Matter campaign led by British filmmaker and activist Richard Curtis, claims this. The initiative, which came into focus in recent weeks with the launch of a short film, aims to “to fight the companies responsible for driving deforestation, damaging the environment, and threatening lives and livelihoods across the planet,” writes Euronews.

Do you know where your pension is invested? 🤔

Watch people's reaction when we #DeliverTheTruth to their front door 😲

In more detail, the research says, there are over £300 billion in support of companies or financial firms involved in deforestation. This represents 31% of the investments. The remaining part would then finance activities unrelated to the issue or could be available as liquidity for other operations, such as the provision of social security services.

“There’s £2.7 trillion in UK pension funds”, researchers explain.“Our report shows that pension funds and their asset managers continue to invest in industries and companies which go against our values, damage the environment, and jeopardise the very futures we’re saving for

These investments also “cause significant social, economic and environmental damage, destroying nature and putting lives and livelihoods around the world at risk. Furthermore, they make it almost impossible for us to meet our global climate targets.”

Companies are also at risk

This is not the first time that analysts have pointed their finger at the link between finance and global deforestation. In 2021, a survey released by the NGO Friends of the Earth and the independent research firm Profund showed, for example, that between 2016 and 2020 the three major Dutch banks – ING, Rabobank and ABN AMRO – had financed with 3.1 billion euros (the highest figure in Europe banking sector) commodities companies connected to deforestation and human rights violations.

The study conducted by Make My Money Matter study in co-operation with German company SYSTEMIQ and British NGO Global Canopy, also highlights the consequences for financial companies and even taxpayers.

“Such investments are not only bad for people and planet, they’re bad for our money too”, the study says. “As these industries are more exposed to climate risk and increasing regulation, our money could be put at risk as companies lose value and become uninvestable in the future if they do not change their practices.”

Koreas can get closer by standing together against deforestation

And here’s what the campaigners are suggesting, as they ask future pensioners, funds and the government to act:

“We’re calling for people to sign our petition to cut deforestation from our pensions and make sure our money isn’t unknowingly helping to destroy the planet,” says Izzy Howden, activist and strategy consultant at Make My Money Matter, was quoted to say by Euronews. “The public has this huge weapon in their armoury when fighting for the planet,” conclude Richard Curtis, “the trillions of pounds in their pensions. Now is the time to use it”.