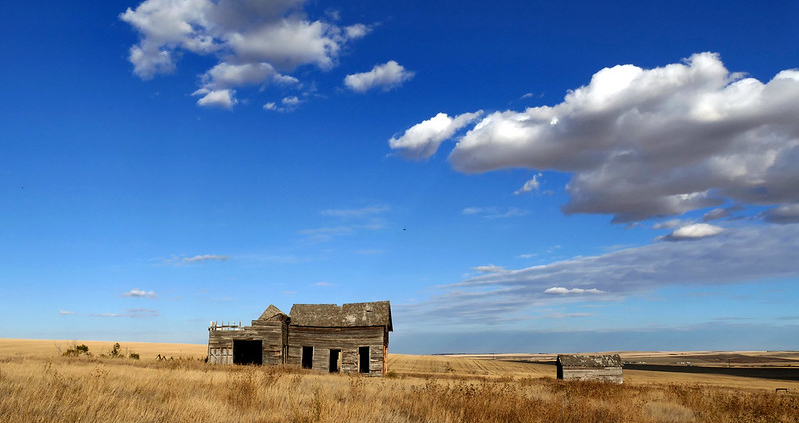 By 2030, Canada aims to invest $4 billion CAD in “nature-based solutions” to reduce emissions. Conservation efforts and best practices for grasslands, peatlands, agricultural fields and forests are the main initiatives

Protecting and restoring nature to offset climate change: that’ s the basic concept behind the national program launched by Canada government. The initiative openly aims to achieve the emission reduction targets for 2030 with the so-called nature-based solutions. Based on the recognition of the unbreakable link between climate emergency and biodiversity loss – the notorious twin crises, these practices are designed to ensure ecosystem protection and resilience.

Launched in late 2020, the Natural Climate Solutions Fund is the government’s financial vehicle designed to support the country’s climate change plan. The project includes a massive tree planting, new interventions in agriculture, and the development of wide-ranging innovative solutions. Total budget amounts to 4 billion Canadian dollars (2.84 billion euros). The duration of the initiative is 10 years.

Implementation of “natural” best practices is supported in particular by the $631 million CAD ( about €450 million) Environment and Climate Change Canada (ECCC) program which manages the Nature Smart Climate Solutions Fund (NSCSF). Its goals: “restoring degraded ecosystems; improving land management practices, especially in agriculture, forestry, and urban development sectors; and conserving carbon-rich ecosystems at high risk of conversion to other uses that would release their stored carbon.”

A new report finds Canada could offset 11 per cent of its emissions annually through natural climate solutions. That's 78 megatonnes of greenhouse gas emissions annually by 2030 — which is a "really big number." Via @sharonjriley https://t.co/mk4KwaVTXM

Canada can save 78 million tons of CO2 per year

The expected results are potentially remarkable, a study published last summer in the Science Advances journal suggests. Natural climate protection solutions, the authors claim, can reduce Canada’s annual emissions by 78 million tons of CO2 by 2030. That”s “equivalent of powering every home in Canada for about three years,” some say.

Among the various interventions analyzed, the study notes, protecting grasslands by stopping their agricultural conversion produces annual CO2 savings of 12.7 million tons. The plan, which aims to protect the carbon-conserving capacity of these lands, is based on the protection of 2.5 million hectares of native and pasture soil between 2021 and 2030, primarily in the Prairie Pothole region in Alberta, Saskatchewan and Manitoba. Peatlands conservation is also promising.

“Avoiding peatland disturbance from horticultural peat extraction, mine development, or road and seismic lines (the routes used to transport geological survey instruments, ed.) construction represents the second largest opportunity in 2030 with up to 10.1 million tons/year,” says the study.

Soil conservation measures in agriculture are in third place. The introduction of cover crops on an estimated 20.5 million hectares, in particular, is expected to save 9.8 million tons of CO2 each year. These crops, say the authors, “can reduce net emissions by increasing soil carbon, reducing direct emissions of nitrous oxide (N2O), preventing nitrogen leaching and subsequent indirect N2O emissions, and reducing upstream emissions from fertilizer manufacturing.”

EU regulation on carbon farming and emission trading expected by 2022

Also important is the role of forest, fourth in the ranking according to the authors’ estimates. According to the survey, in fact, “improved forest management offers 7.9 million tons of CO2 per year, which in our study combines old growth conservation with enhanced forest regeneration after harvest, increased utilization of harvest residue for local bioenergy production, and a shift toward long-lived wood products.”

The fourth-place ranking of forests may be surprising. Canada, in fact, is home to 347 million hectares, equal to 9% of the planet’s forests. The lower-than-expected opportunity in forests is due to several factors including “the fact that Canada’s forestry sector is already using relatively sustainable practices,” some say. In the last three decades, according to government figures, deforestation has affected less than 0.5% of the entire forest area. A size which is likely to be offset by natural regeneration.