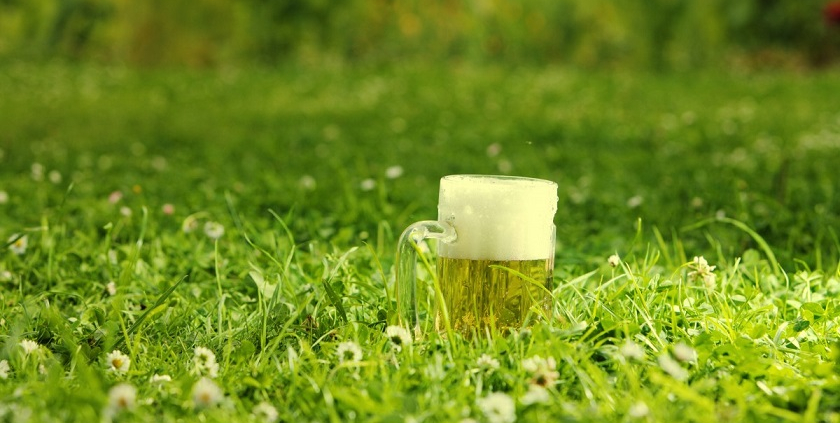 CC0 Public Domain Free for personal and commercial use No attribution

Beer is one of the most popular beverages in the world. Famous almost everywhere with its countless aromatic, chromatic and alcoholic variations, this ancient result of fermentation refreshes and softens the mood of hundreds of millions consumers. However, nobody knew that its production could generate also mportant benefits for soil. Even ensuring an increase in agricultural yields. The discovery, which is relatively recent, comes from a team of Spanish researchers who have analyzed the potential of by-products from spent grains. Their use in the pet food industry has been well-known for years. As well as their use in the biotechnology sector. The real novelty, however, according to scientists at NEIKER, the Basque Institute for Agricultural Research and Development, lies in a new and surprising application: soil disinfestation.

The idea is pretty simple: operate on soil microorganisms to increase productivity. According to researchers, the result can be achieved using a base of cow manure with the addition of a couple of by-products of brewing process: bagasse, the residue of cereal milling, and rapeseed. These elements, says Maite Gandariasbeitia, the lead author of the study, “are two potential organic treatments which have shown really positive results in previous studies”. Their high nitrogen content, he says, “promotes the activity of beneficial microorganisms in the soil, which helps to break down organic matter like manure and kill off nematodes and other parasites which damage crops.”

In short, it’s all about eliminating those opportunistic organisms that penetrate plant roots to lay their eggs, thus hindering crop development. The application of beer by-products, say the researchers, has resulted in a 15% increase in crop yield after just one year.

The role of nematodes

The issue, however, appears at least somewhat complicated. Nematodes, in fact, represent a variegated world. Just a few millimeters long, these organisms can produce both damage and opportunities, depending on the case – or species, we may say. These tiny invertebrates, for example, are known to feed on bacteria and fungi, taking excess nutrients from them and releasing them into the soil for the benefit of plants. Their ability to decompose organic matter, moreover, appears essential. It is no coincidence that recent studies conducted in Japan at the Toyohashi University of Technology have focused on the use of DNA analysis to recognize and classify parasitic and harmful species, distinguishing them from good and useful ones. It is estimated that there are more than 30,000 varieties of nematodes in the world.

The Spanish survey was conducted on lettuce crops and focused on suppressing a nematode that is particularly harmful to the plant: Meloidogyne incognita, also known as cotton root-knot nematode. In addition to increased productivity, researchers say, the treated soil also experienced an increase in the presence of healthy microbes. A finding evidenced by “a significantly higher soil respiration rate.” The findings now lead the way for searching solutions based on the use of organic products as an alternative to chemical pesticides.

“Soil biodisinfestation is the process generated after the incorporation of organic amendments followed by a plastic cover to control soilborne diseases,” researchers explain. “Among organic amendments, the use of agricultural by-products could be an interesting alternative as it promotes circular economy.”