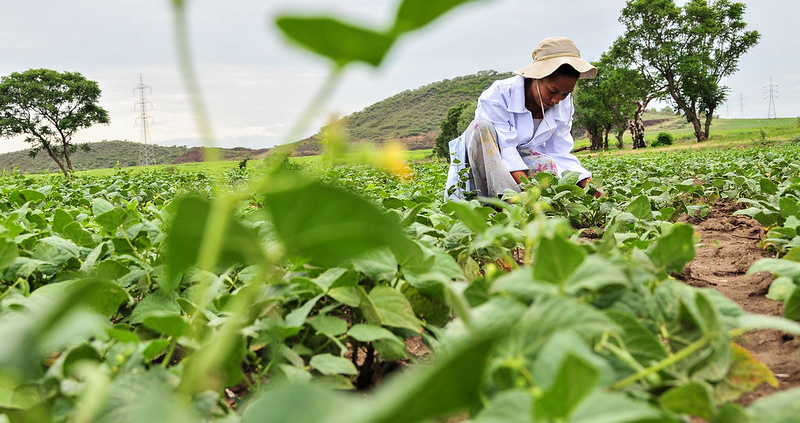 An FAO project aims to gather information on soil nutrients to optimize the use of fertilizers in Sub-Saharan Africa and Central America. An initiative aimed at countering the impact of rising market prices

Mapping soil and its nutrient content in Sub-Saharan Africa and Central America in order to use fertilizers more efficiently. That is the goal of a FAO project that aims to identify new solutions to countercat soaring prices in the global market.

In some regions characterized by potential food insecurity, said the organization’s Director-General QU Dongyu, there is “a decline in fertilizer use due to price hikes”. In this scenario, he sais, “By understanding what nutrients our soils and crops need, we will reduce waste when applying fertilizers and increase their effectiveness.”

The project, which also relies on $20 million in funding from the U.S. government, will result in targeted mapping of soil nutrients by updating information available in the nations involved. These include Guatemala, Honduras and Ethiopia. In Ethiopia, in particular, agriculture is practiced almost entirely by smallholders and accounts for 40 percent of the nation’s value-added economic activity as well as being the primary source of employment for more than 80 percent of residents.

Here, FAO “FAO has already been supporting the scaling up of a pioneering project to generate timely information, particularly on how to optimize fertilizer use, and has already led to yield and availability increases of high-quality grains in the country.”

The initiative is part of a program to create national soil databases and information systems to be made available to governments and private operators. These tools, the FAO further argues, “can generate long-term benefits, as well as improve short-term flexibility to adapt to trends in fertilizer markets and climate dynamics without compromising output.”

The big issue is the soaring costs of fertilizers. In August, the fertilizer price index compiled by the World Bank marked about 210 points compared to 131 recorded twelve months earlier. A rise that is affected as much by the long-term trend in the commodities sector in 2021 as by some more recent phenomena such as the sharp rise of gas, an essential element in the production of nitrogen-based products. Moreover: “Supply disruptions from Russia and Eastern Europe following the outbreak of the Ukraine conflict are also having an effect,” Forbes wrote.

The current scenario, of course, brings back the warnings issued in the past by UNEP (the UN Environment Agency), FAO and WHO. The three organizations, in particular, have denounced the dangers to the environment and human health associated with excessive and improper use of fertilizers.

This week #fertilizer prices:
• #Urea and #potash stabilized, no major movements
• #Phosphates grew 1-2%. Could be due the anticipation of Hurricane Ian, but in the end nothing serious happened

Also note that these are prices for the US farmers, not producers' FOB/CFR quotes pic.twitter.com/2bPflNiD13

Africa and Central America at the center of the initiative

Efficient and sustainable land management, says FAO, is the key to countering food insecurity by improving crop yields and preserving ecosystem health. This problem is especially severe in Africa where undernutrition affected nearly 10 percent of the population in 2021 compared to 8 percent in 2019.

Similar concerns are also affecting some parts of Central America. “About one in six people in Guatemala and Honduras suffer from undernourishment, and around half cannot afford a healthy diet,” the FAO further reminds.

In the region, “Agriculture has traditionally been based in the subregion’s mountains, whose slopes are particularly vulnerable to landslides and water erosion. These forces, exacerbated by extreme weather patterns catalyzed by the La Niña phenomenon, whose effects are often further magnified by deforestation and other human factors, remove topsoil rich in organic matter and can trigger soil nutrient imbalances.” The first digital mapping initiative in Latin America by FAO, known as SISLAC, was launched five years ago.