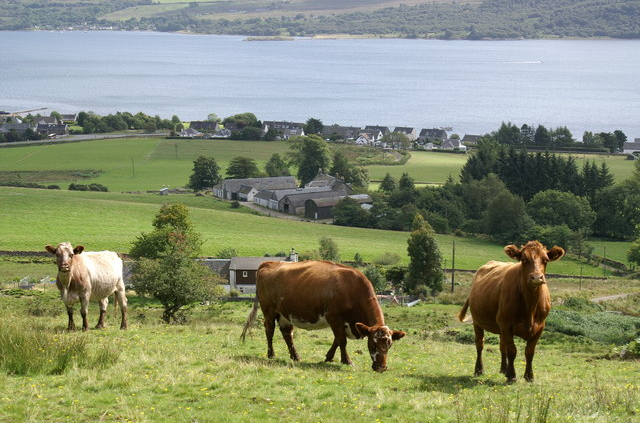 According to the Soil Association in Edinburgh, the transition to agroecology in agriculture and livestock paves the way for a lower-impact production system. But extending the practice on a large scale requires a change in diet

Livestock farming poses no threat to either the soil or the climate as long as it complies with the principles of agroecology, as opposed to conventional methods that are considered environmentally unsustainable. This is the message of the Soil Association, a nongovernmental organization based in Edinburgh, Scotland. “On organic farms, crops are often grown in rotation with a fertility building phase of grass and clover, which may be grazed by cows and sheep, and grasslands are used for extensive grazing,” the association explains.

Moreover “When carefully managed, organic manures also help nurture soil microbiology, improving soil structure and providing resilience against drought and flooding. While no farming system is perfect – and conventional and agroecological farmers are working hard to make improvements – the evidence suggests that livestock can be part of the solution.”

Agroecology between health and politics

The invocation of agroecology is not unintentional. The discipline, which brings together a variety of practices within it, pursues an explicit goal: to apply ecological principles to agriculture by ensuring regenerative use of natural resources – including soil – and ecosystem services.

This goal, argues Chilean agronomist and entomologist Miguel Altieri, a professor at the University of California Berkeley considered one of the leading experts on the issue, can only be achieved through a holistic approach. That is, by establishing a correlation between the health of soil, agriculture and humans. In this way, finally, socially equitable food systems can be created, thus transforming sustainable food production into a true “political act.”

It’s all about a healthy diet

According to the Soil Association, managing farming and livestock activities based on agroecology – thus excluding intensive practices – results in significant ecosystem health benefits. Without any major impact on food availability. “If 9% of the ‘least productive’ farmland in England was managed primarily for nature and carbon,” the organization notes, “it would result in the loss of less than 1% of England’s food production – yet it would raise bird populations by 48% and store half the carbon needed by 2035 from the whole land system.”

All this, however, is only possible with a change in diet. To make the production model sustainable at the European level, the association estimates, per capita meat consumption would have to be reduced by at least 30 percent. This proposal comes after the recent suggestion by another British organization: the Sustainable Food Trust.

In a report published in June, the Bristol-based association argued that a transition to regenerative agriculture, that is, one geared toward maintaining soil health by excluding the use of chemicals, would enable the UK’s fruit and vegetable production to quadruple, offsetting the declining availability of sheep and pork. Beef and lamb production would remain unchanged.

England reckons with its history as biodiversity declines

Sustainable strategies should become the rule

Over the years, the association finally notes, mismanagement of livestock and agricultural lands has produced significant damage. In many areas of the Planet, overgrazing has contributed to deforestation. In the UK alone, an exaggerated application of nitrogen fertilizers has resulted in the disappearance of 97 percent of wildflower-covered meadows.

Therefore, it is necessary to implement some good practices that can lead to a decisive breakthrough. These include restoring meadows and other species-rich grasslands, switching to native breeds, agroforestry, and integrating trees and hedgerows into the agricultural landscape. These strategies, already popular with organic farmers and ranchers, need to be applied on a large scale. Thus ensuring a nature-friendly future and an effective counter to the climate crisis.