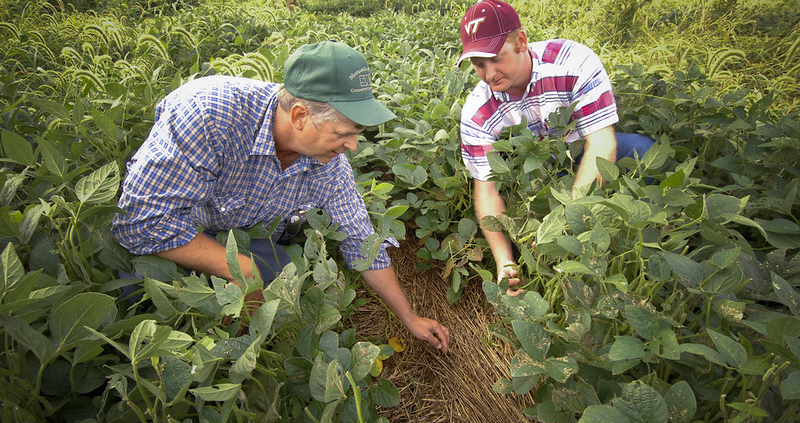 The magazine’s examination: U.S. agriculture, as well as livestock, is reckoning with climate and drought. While soil health is of growing concern

U.S. agriculture is becoming more and more a victim of climate change writes Forbes, drawing a troubling picture of the state of farmland in the country. “As a devastating and historic drought from Illinois to Texas to California grinds on, sophisticated mapping and data projection bring more bad news”, says the magazine. “Agricultural areas are among the places in the U.S. experiencing the highest temperature increases.”

The alarm has now spread to different parts of the country. Affected by the climate is the production of almonds, olive oil, grapes, lettuce and citrus in California’s Central Valley. So are corn and soybean crops in Arkansas and other Midwestern states. Moreover, in the past month alone, at least 2,000 cattle have died in Kansas during the heat wave.

Rising temperatures of course promote another devastating phenomenon: drought. One of the consequences is the exponential increase in the price of water, which “in New Mexico and Arizona have ranchers and other meat-producing operations considering getting out of the business,” the magazine continues.

Epicenter of the problem is Texas, the state that contributes most to the country’s greenhouse gas emissions: here drought “is currently responsible for the very poor condition of about 11% of the state’s corn crop.”

In short, “The regions America relies on most to feed its people are drying up”, Forbes says. “As populations have grown, more water has been pumped to residential areas as well as large-scale farms. Aquifers like Oglala in the Midwest and waterways like the Colorado River that flow to California and Arizona are struggling.”

Drought, of course, is not just an American problem. Experiencing the worst consequences around the world are developing countries where, reminds the World Meteorogical Organization, water shortages are the leading cause of death among victims of natural disasters (650,000 out of about 2 million over the past 50 years).

The phenomenon is also on the rise in economically developed areas, which have experienced a 29 percent increase in drought events since 2000 in comparison with previous decades.

In the end, Pier Paolo Roggero, professor of Agronomy and Herbaceous Crops at the University of Sassari in Italy, recently explained, “More than 2.3 billion people are afflicted by water issues worldwide. The impacts are particularly severe for the most vulnerable: women and children are the most exposed. Yet the damage of drought on society on ecosystems and the economy is significantly underestimated.”

Soil health in the crosshairs

Among the most troubling aspects to emerge from the analysis is the state of soil health. U.S. soils dedicated to grazing and agriculture are in critical condition as a result of long-term phenomena that are currently showing the toll.

“In America’s Midwest over the past 160 years, nearly 60 billion metric tons of topsoil have eroded”, says Forbes. “Too much is lost every year due to man-made influences like pollution from fertilizers, agricultural chemicals and antibiotics runoff. Some experts predict the earth will run out of topsoil within six decades.”

The warnings, however, are nothing new. Each year, as the British newspaper The Independent said quoting estimates shared exclusively by the organizations World Animal Protection US (WAP) and Center for Biological Diversity (CBD), animal feed manufacturers in the United States spread more than 106 thousand tons of pesticides on their fields, thus threatening thousands of endangered species. The industry also contributes to the expansion of corn and soybean production, which not only fuels pesticide use but also promotes the destruction of several natural habitats that have fallen victim to land conversion to monoculture cropfield. These include the iconic grasslands. Which, between 2018 and 2019, ceded about one million hectares to cultivation.