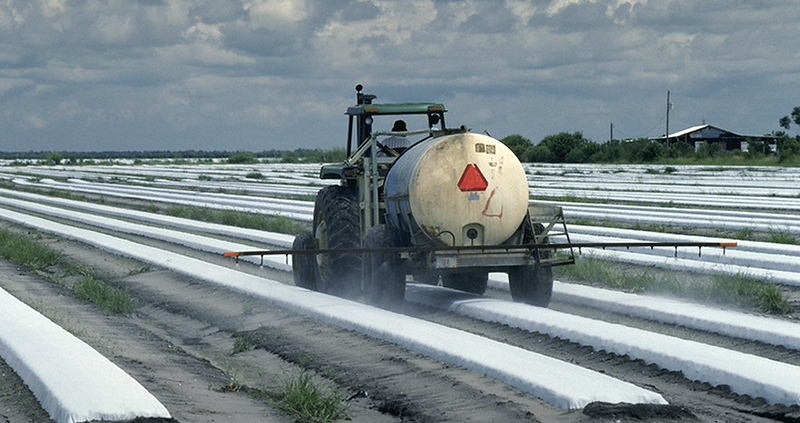 In U.S. the crop feed industry is making extensive use of pesticides in soy and corn cultivation. Atrazine and glyphosate are among the most dangerous pesticides for humans, animals and soil

The survey is a genuine accusation against the industry. “Meat and dairy production are driving the use of these pesticides,” the newspaper writes. “One-third of agricultural lands in the US are dedicated to corn and soy, primarily to provide calorie-dense diets for fattening up farmed animals. Corn and soybean production globally accounts for about half of all sales of pesticides.”

A new report found that about 235M pounds of herbicides and insecticides are used across America’s farmlands annually, posing a potentially fatal risk to thousands of endangered and threatened species.@Independent reports: https://t.co/I5jYwoh2XK

Looking at the figures for 2018, the most recent available, researchers have focused on two substances in particular: atrazine and glyphosate. Already banned in 35 countries, the Independent notes, atrazine is reportedly harmful to more than a thousand protected species in the United States. According to the two associations, Glyphosate is even more impressing as it would be able to damage or kill 93% of the plants and animals protected by the Endangered Species Act, the regulation approved in 1973 for the protection of endangered species.

Over the years, glyphosate has been targeted by scientists who have studied its negative effects on the soil, which has been deprived of the ecosystem services of macroinvertebrates, which are also affected by the pesticide, as well as humans. The World Health Organization has found the substance “probably carcinogenic.”

146 thousand tons of pesticides banned abroad are used in America

The battle over pesticides use is still particularly intense in America. Last year, The Intercept magazine blamed the U.S. Environmental Protection Agency (EPA), of not doing enough to stop the use of harmful chemicals in agriculture. “The growing evidence of the dangers of these compounds has led the governments of other major agricultural economies to remove some of the chemicals from use,” writes The Intercept. “The U.S., once the beacon of hope for pesticide regulation, now lags behind.”

In 2016, the U.S. used 322 million pounds (o 146,000 metric tons) of pesticides for crop feed and food in general that were banned elsewhere, according to a 2019 study by Nathan Donley, a biologist at the Center for Biological Diversity.

Researchers’ attention is also focused on the indirect effects of corn and soybean crops, The Independent writes. In addition to stimulating the use of pesticides, in fact, these products promote the destruction of various natural habitats, victims of land conversion into monoculture crops. Among the hardest-hit soils are U.S. grasslands, which, between 2018 and 2019, lost about one million acres which were coverted to cropland mostly dedicated to soy, corn and wheat cultivations.

“Stripping out native grasses and vegetation decimates the habitats and food sources of a wide-range of species,” says the newspaper. “Grasslands are also a little-recognised but crucial natural ally when it comes to battling the climate crisis”. As they “can store large amounts of carbon in the soil, sometimes as much as forest soils.“