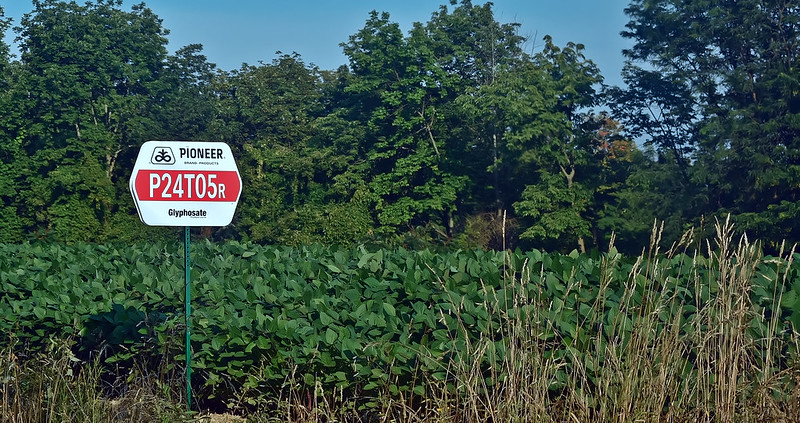 According to the French newspaper, European experts do not take into account the studies certifying the health risks associated with glyphosate. Under the lens is the preliminary analysis of the Food Safety Authority that could lead the EU Commission to grant a new authorization to the use of the controversial herbicide

“The indiscriminate use of chemicals in the food supply chain is risky and unsustainable. However, authorities continue to allow the release of new plant protection products. How is it possible that laws support such a dangerous agricultural model?” So wrote Le Monde, speaking in recent weeks on the controversial investigation procedure that could lead to a new green light on the use of glyphosate in the European Union.

The attack launched by the French newspaper is addressed to the preliminary report drawn up by the regulatory agencies of four Member States (France, Sweden, the Netherlands and Hungary) which is still under scrutiny in Brussels. According to the authors of the investigation, says Le Monde, the product is neither carcinogenic nor genotoxic. The assessment, however, is not convincing.

Glyphosate under scrutiny by the EU

Widely used in plant protection products, glyphosate is used in agriculture to control harmful weeds. Its adverse effects on humans as well as on the health of the soil and its inhabitants, however, do not go unnoticed. The World Health Organization, for example, has defined the substance as “probably carcinogenic to humans.” A recent survey conducted in Mexico by researchers at the Dutch University of Wageningen, moreover, found a negative correlation between the presence of glyphosate and the density of several categories of macroinvertebrates.

The use of the substance, in other words, would end up reducing (and sometimes wiping out) the presence of certain species that can provide crucial ecosystem functions in the soil.

In 2017, the European Commission granted a five-year approval for glyphosate that expires on December 15, 2022. Once the European Chemicals Agency has adopted an opinion, it will be up to the European Food Safety Authority (EFSA) to publish its findings. The final word, then, will be given to the EU Commission which, in case of a favorable assessment by the authority, could grant a new authorization for the use of the substance. 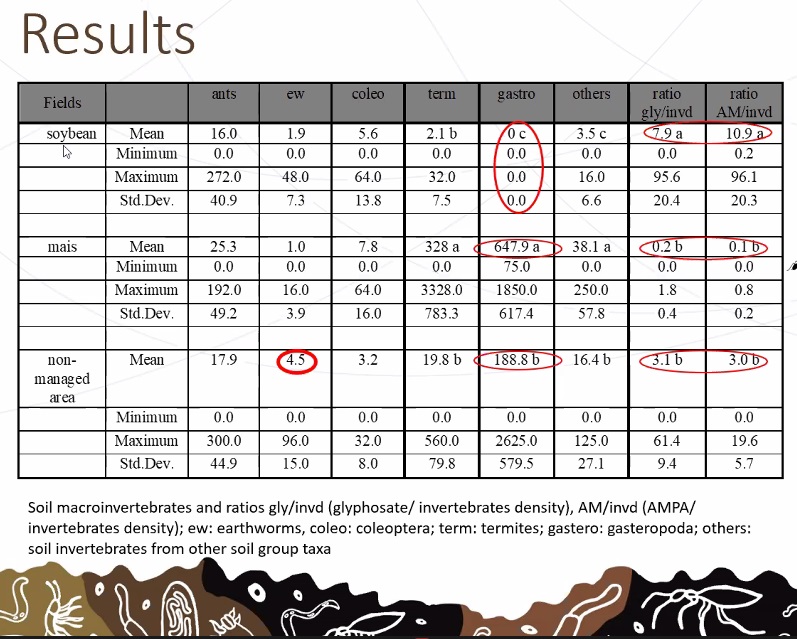 The relationship between glyphosate and the presence of invertebrates in the investigation of the University of Wageningen (Netherlands). In soils with higher concentration of the herbicide the presence of macroinvertebrates was lower and gastropods had completely disappeared. Water and wind also carry glyphosate into areas where it had not been applied. Image: Esperanza Huerta Lwanga’s presentation during the FAO Global Symposium on Soil Biodiversity, April 21, 2021.

French researchers: “Many studies show the genotoxicity of the substance”

The point, however, is that the preliminary assessments coming from Brussels raise many concerns, Le Monde says. The French National Institute for Health and Medical Research (Inserm), for example, is objecting to the claim of analysts who seem to rule out the genotoxicity of the substance. “Studies showing that glyphosate is genotoxic are more abundant and of better quality than those suggesting an absence of effect,” explains Insern quoted by the French newspaper.

The French agency also criticizes the underestimation of data linking the use of glyphosate products to some tumors. As well as those studies that “have found associations between maternal urinary glyphosate concentration and risks of premature birth“. None of these analyses have been included in the draft report.

French National Commission of Ethics and Alert in Public Health and Environment (CNADESP) has also spoken on the issue, says Le Monde. The commission, in fact, has challenged the relevance of the scientific literature on glyphosate, judging it “unreliable or irrelevant in more than 90% of cases“. These shortcomings, notes the CNADESP, are crucial in paving the way for delegating to the chemical industry the task of providing data and estimates on risks despite obvious conflicts of interest.

It is not surprising, in this sense, that in the summer of 2021, a report by the San Francisco NGO SumOfUs stated that “most of industry’s studies provided to EU authorities to prove glyphosate’s safety, did not meet basic international scientific standards as set by the OECD.” In particular, “Out of 35 studies considered of acceptable quality by authorities, 18 were ‘not reliable’, while 15 others were ‘partly reliable’ and only two were confirmed as ‘reliable’ from a methodological point of view,” the NGO said.