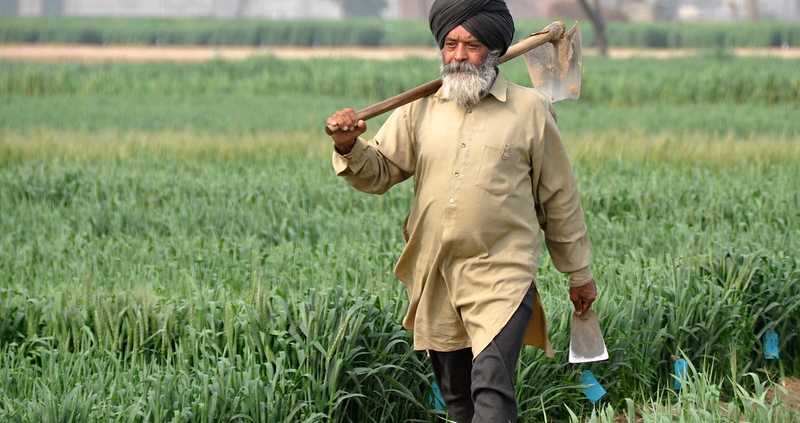 A study finds the high presence of microplastics in fields where films are used most. The disposal problem in the Asian country remains significant. Concerns over heavy metal contamination

India‘s agricultural fields are facing a significant problem of microplastics contamination. An effect of the widespread use of mulch films used for crop protection, but not without side effects. That’s the alarm raised by a recent research released by local NGO Toxic Links.

The films, which are rolled out in the field or used as cover for greenhouses, tend to degrade by releasing extremely small plastic particles measuring less than 5 millimeters in diameter, the researchers explain. This particles can infiltrate deep into the soil, moving directly to the crops and, through them, to the human body itself.

#Microplastics are not just polluting our oceans but also contaminating our #soil?

The survey focused on the states of Maharashtra and Karnataka where the use of mulch films has been widespread for a past few years. Researchers collected 30 different soil samples in two different districts at various depths. Contamination was found everywhere thus highlighting the ability of the material to infiltrate the soil although the levels measured were variable.

A landfill in Maharashtra, where farmers had disposed of used films, recorded the highest degree of contamination with as much as 87.57 units of microplastics per kilogram of soil. This is twice the concentration found in the field where the same tarps had been used. The discrepancy detected thus highlights the problem of material disposal, which continues to be a particularly significant obstacle.

Last year, a report by the Food and Agriculture Organization (FAO) showed that agricultural supply chains use 12.5 million tons of plastic products each year. Another 37.3 million tons are used in food packaging. The largest users are the various segments of agricultural production and livestock farming, with 10.2 million tons per year combined. This is followed by fisheries and aquaculture with 2.1 million tons and forestry with 200 thousand tons.

The U.N. agency’s study, of course, also pointed to the problem of managing used-up films. The volume of which, in Europe alone, amounts to 15 thousand tons annually. This is also why the FAO has officially recommended the replacement of synthetic mulching films with biodegradable and compostable films. Whose benefits, by the way, were formally recognized by the European Parliament back in October 2017. 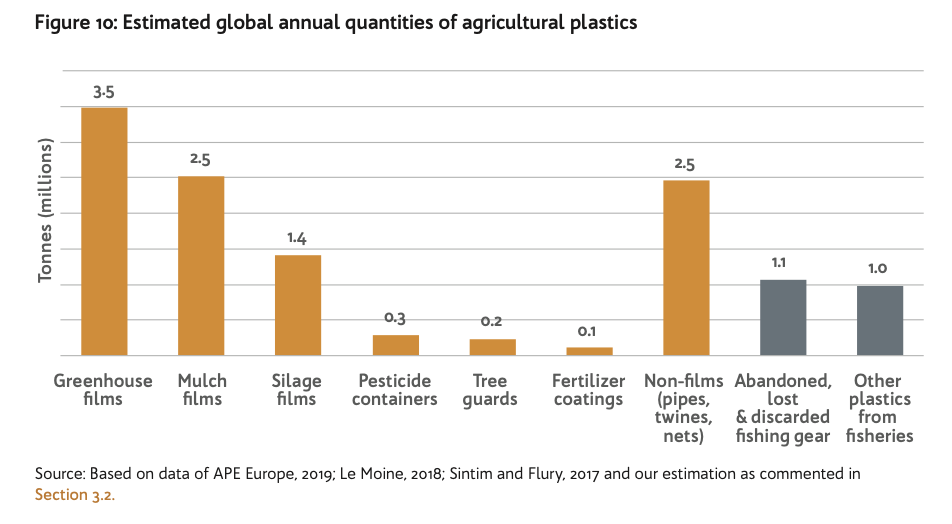 “The excessive use of plastic across multiple sectors is emerging as a major cause of environmental concern due to its non-degradable property and remains being found in various ecosystemsm” researchers say. “Plastic has been increasingly used in agriculture to improve crop productivity and reduce water consumption in agriculture. In India, too, there has been an increasing trend on use of plastic in agriculture though this is a relatively recent phenomenon.”

The findings “do provide evidence of its residue being abundantly present in soil with varying concentration and at various depths. The results are also indicative of soil characteristic being altered and its direct linkage to use and disposal of plastic.”

Finally, the investigation also found a widespread and worrying presence of heavy metals in the areas where the films had been used. Scientists suggested that this phenomenon is the result of the dispersion of such elements following the degradation of the films.

“Possible sources of these heavy metals also point towards its leaching from the mulch,” researchers write. “This would require further investigation of its uptake into crops and its larger impact of human health.” Moreover, “Based on these results, it is likely that microplastics in the soil environment can be vectors for transferring heavy metals or other toxics pollutants. The synergetic pollution of MPs and heavy metals might present ecological risks and pose potential adverse impacts on soil and its organisms.”