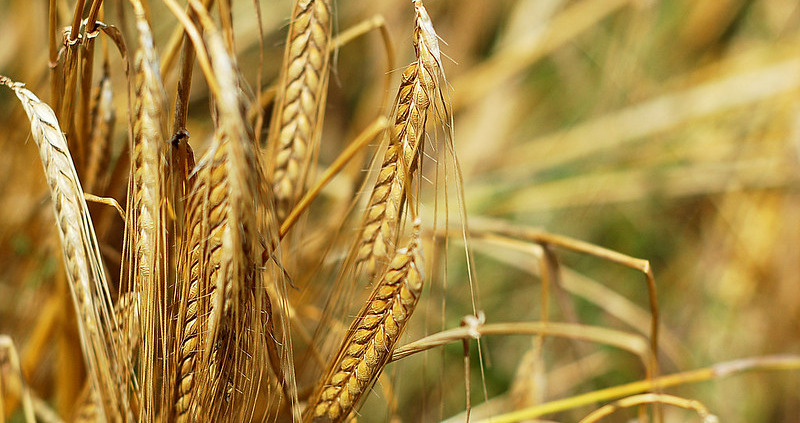 Soil is responsible for the production of 95 percent of our food, says FAO during the Global Symposium 2022. But land management is often unsustainable. Without a change of direction, 8 percent of the world’s population could still face hunger in 2030

Soil plays “a vital role” in food security and can help end world hunger. “But only if we address soil global threats, including nutrient imbalance.” FAO Director-General, Qu Dongyu, said this at the recent Global Symposium on Soils for Nutrition.

The event was dedicated to the issue of soil fertility and the need to ensure more nutritious food production in current troubled scenario. Indeed, besides chronic micronutrient shortages, the dangerous growth of famines is also worrysome. As the trend has reversed in recente years.

95% of the food we eat wouldn't exist without soils. And more than 90% of the benefits of soils have yet to be discovered.

Here's how to nurture and harness this bounty 👉 https://t.co/hcvEKogOog#Soils4Nutrition pic.twitter.com/3uQf6fJG57

Global food crisis is getting worse

Without a change of direction, says FAO, there’s the risk that 8 percent of the world’s population – or 670 million people, will still suffer hunger in 2030.

The problem, however, is much wider. Even taking into account moderate food insecurity, the amount of humans forced to deal with some sort of food shortage reaches 2.3 billion. Meanwhile, there are 3.1 billion individuals who cannot afford an healthy diet. That is 112 million more people than in 2019.

The role of black soils

While it is true that soil is responsible for 95 percent of food produced on the Planet, it is equally well known that its fertility can vary greatly in different areas. A phenomenon that directly impacts the quantity and quality of food given that as many as 15 of the 18 essential plant nutrients always come from the soil.

“An example of naturally fertile soils are black soils found in mid-latitudes of North America, Eurasia, and South America”, according to FAO report Soils for nutrition: state of the art, launched at the Global Symposium. “In contrast, other regions have naturally low soil fertility, low SOM content and high acidity”.

Today, says FAO, black soils generate about two-thirds of sunflower seeds, 30 percent of wheat and 26 percent of potatoes consumed worldwide. The global food supply chain, in any case, is still affected by critical factors such as growing inequality, land degradation, pollution and loss of biodiversity. All of which impact soil and food quality. “Unfortunately, loss of soil fertility means that many vegetables and fruits are not as rich in vitamins and nutrients as they were 70 years ago”, says Qu. “Today, two-thirds of the world’s population is at risk of nutrient deficiency.” 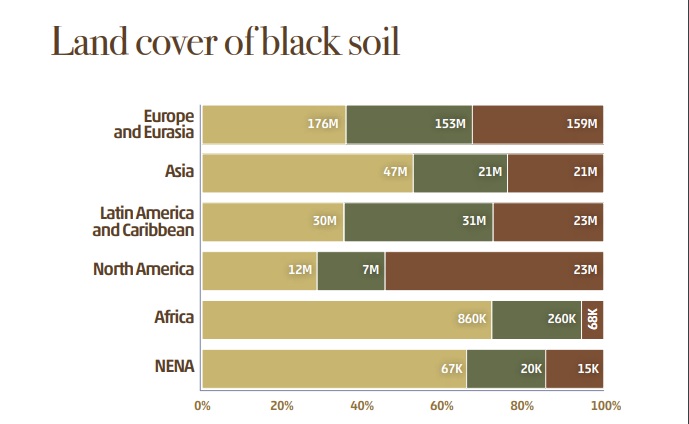 One of the major problems of agricultural systems is their tendency to lose nutrients with each harvest due to unsustainable soil management. In 2010, cropland plants globally are estimated to having absorbed 73 million tons of nitrogen compared with 161 million tons of nitrogen inputs. This gap highlights the poor efficiency of fertilization practices.

“N use efficiency has been estimated to have decreased from 53 percent in the 1960s to 44 percent in the 2010s“,says FAO. “This means that nearly half of the N applied is unused by plants in the year it is applied

No less problematic is the case with phosphorus. P deficit still prevails in 32 percent of cropland and 43 percent of grazing land globally. Some regions in America and Europe have negative balances i.e., they lose more phosphorus than they take up. Other areas, such as Asia, Oceania and Australia, by contrast, show a net accumulation.

The problem with fertilizers

Among the most troublesome issues is the management of fertilizer systems. In most of sub-Saharan Africa, says the UN organization, access to mineral nitrogen fertilizers averages about 8-10 kg per hectare per year. In economically advanced countries it reaches ten times that amount. As a result, some areas experience nutrient underutilization resulting in low yields and significant vulnerability to food crises. In other areas, by contrast, the soil suffers the effects of nutrient overuse.

“The excessive use or the misuse of fertilizers also have negative effects on ecosystems and contribute to climate change, including through biodiversity loss and greenhouse gas emissions,” FAO explains. “Translating these impacts into economic losses totals approximately $200 billion annually”. The costs of damage to human health and the environment, then, amount to between “$400–$4,000 billion annually.”

Organic matter and circular bioeconomy are the solutions

It is no coincidence that back in 2019 the FAO published The international Code of Conduct for the sustainable use and management of fertilizers. The guidelines developed by the organization, in particular, are based on the so-called 4Rs: right source at the right rate, at the right time and in the right place.

These recommendations, along with those provided in the Voluntary Guidelines for Sustainable Soil Management report published in 2016, are considered essential for addressing the set of complex problems affecting agricultural soils around the world.