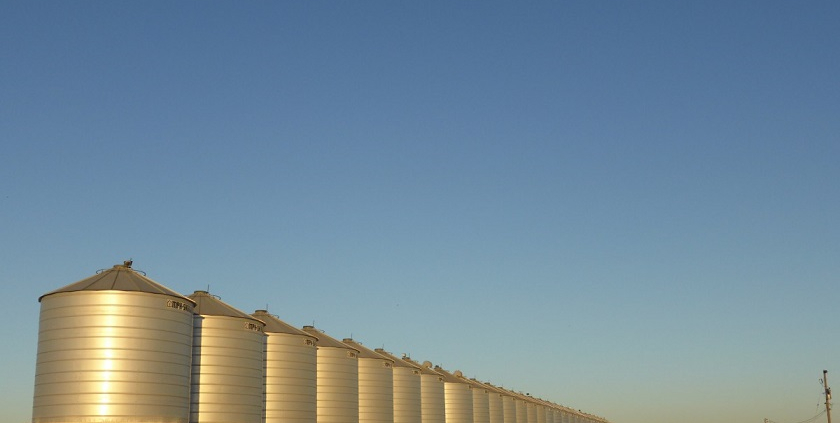 87% of global agricultural subsidies lead to price distortions, climate damage and social inequality. That’s why we must rethink them in a sustainable way. As some governments are already doing

Every year global agricultural sector receives $540 billion in subsidies, equal to 15% of its production value. However, 87% of them, or $470 billion, are “price distorting and environmentally and socially harmful” said FAO in a report released yesterday. The survey also shows how the global trend is increasing as subsidies total amount may triple to $1,759 billion by 2030. The study, in particular, suggests the need to redesign the system of governments’ support in order to “achieve more of the 2030 Sustainable Development Goals and realize the UN Decade of Ecosystem Restoration.”

Our new report with @UNEP and @UNDP calls for repurposing agricultural support to help transform agri-#FoodSystems.

A large part of the subsidies, says FAO, are price incentives, such as import tariffs and export subsidies,. “These are inefficient, distort food prices, hurt people’s health, degrade the environment, and are often inequitable, putting big agri-business ahead of smallholder farmers, a large share of whom are women.” Global agriculture employs a huge number of small farmers including foresters, shepherds and workersfrom indigenous communities. According to FAO estimates – which also include fishing – these economic players are responsible of 70% of global food production.

Today, governments also collectively support agriculture and producers through so-called “general sector services” estimated at $110 billion. “Despite being the form of support most conducive for sustainable growth of the sector,” the report says, “these transfers only amount to one-third of the support provided in the form of price incentives, which are deemed to be most distorting and potentially harmful.” 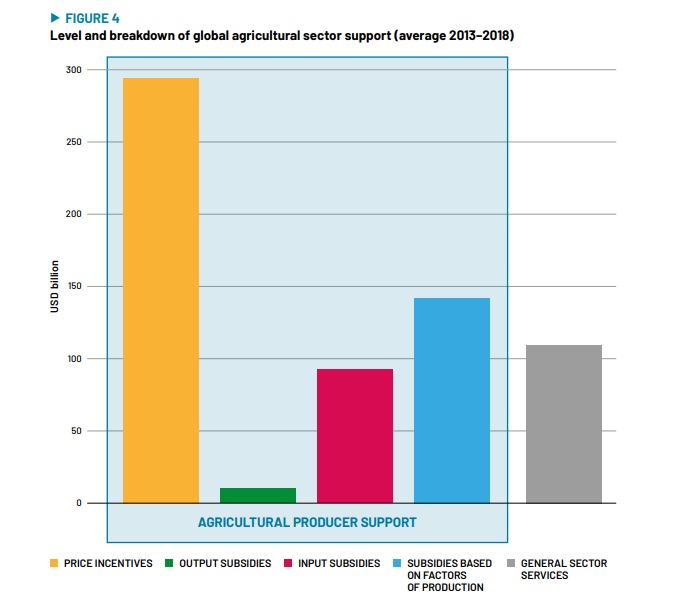 Despite being the form of support most conducive for sustainable growth of the sector general services transfers only amount to one-third of the support provided in the form of price incentives© FAO, UNDP and UNEP, 2021 Creative Commons Attribution-NonCommercial-ShareAlike 3.0 IGO licence (CC BY-NC-SA 3.0 IGO

General services, says FAO, include support for infrastructure and research to benefit the agricultural sector in a world where chronic hunger affects up to 811 million people, according to 2020 figures. And where around 3 people could not afford a healthy diet. Not all subsidies, in short, are bad. That’s why, the report suggests, eliminating governments’ support is not the answer. Instead, we should start redesigning it. Rethinking subsidies, in other words, means helping to eradicate poverty and fighting climate change, to which agri-business is a major contributor.

The effort, of course, must be carried out in every country, the report says. “Meeting the goals of the Paris Agreement requires shifting support especially in high-income countries for an outsized meat and dairy industry, which accounts for 14.5 per cent of global greenhouse gas emissions. In lowerincome countries, governments should consider repurposing their support for toxic pesticides and fertilizers or the growth of monocultures.” 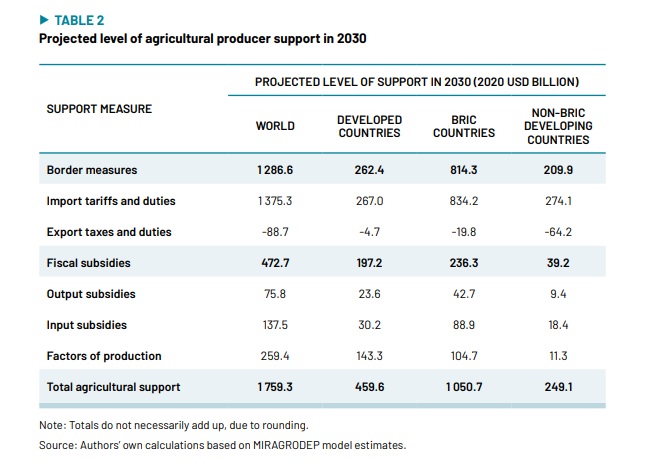 Total agricultural producer support is projected to reach USD 1.759 trillion in 2030. Of that total, non-BRIC developing countries are projected to account for about 14 percent of the support. © FAO, UNDP and UNEP, 2021 Creative Commons Attribution-NonCommercial-ShareAlike 3.0 IGO licence (CC BY-NC-SA 3.0 IGO

According to the FAO, subsidies revision goes through six different steps. Governments, in other words, must:

Best practice examples, however, can already be found across the world. The Indian state of Andhra Pradesh, for instance, has decided to adopt a zero-budget natural agriculture policy; in China, the 2006 reform of agricultural policies has reduced the use of mineral fertilizers and chemical pesticides. Moreover, through the Single Payment Scheme, FAO says, UK has removed subsidies after reaching an agreement with National Farmers’ Union, the country’s largest farmer organization. While the European Union – as well as Senegal – has encouraged crop diversification through the reform of CAP, the Common Agricultural Policy.