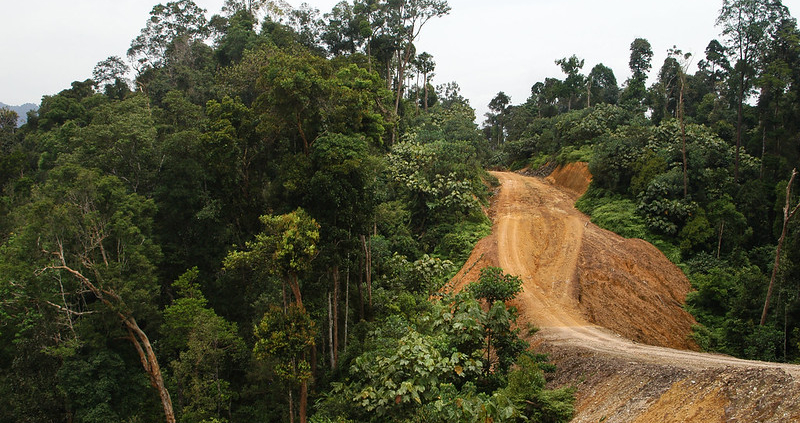 In Indonesia increasing deforestation would result in up to 489 million tons of additional emissions, the environmental think tank Trend Asia says. The figure dwarfs the CO2 savings expected with the partial replacement of coal with biomass

Indonesia‘s efforts to reduce its reliance on coal are likely to produce increased deforestation according to a study by environmental think tank Trend Asia. The goal – to scale back the burden of the most polluting fossil source, a goal that has not yet been achieved – looks understandable, of course. The government’s plan to increase the use of woody biomass, however, raises some concern.

Growing demand fro biomass, in fact, “will threaten more than a million hectares of rainforest and result in massive net carbon emissions,” the the Jakarta-based organization says. Emissions savings from reduced coal use, in other words, would be dwarfed by the resulting decline in CO2 sequestration by plants and soil.

The Indonesian government, says the study, plans to increase the use of biomass in coal-fired power plants by about 9 million tons. According to Trend Asia, however, this is a flawed estimate since the amount needed to reach this target would be around 10.2 million tons, which would require the exploitation of 2.33 million hectares of land.

“And nearly half of it would have to be newly established,” writes the U.S.-based NGO Mongabay. “Which in many cases means clearing standing forest for acacia and eucalyptus — given that Indonesia’s current annual production of wood pellets is less than 1 million metric tons.”

According to Meike Inda Erlina, a renewable energy activist at Trend Asia, the resulting deforestation would result in a huge loss of biodiversity and ecosystem services. Two key elements for the survival of local communities “which the state can’t pay back.”

US Midwest forests have lost 8,000 years of stockpiled biomass

On balance, Mongabay further writes, carbon dioxide emissions associated with deforestation would far exceed the reductions achieved by cutting coal consumption. At the heart of the problem is the co-firing strategy, which combines less impactful fuels such as biomass with coal for electricity generation.

Use of the strategy, resulting in a 10 percent reduction in coal at the country’s 52 largest power plants, is expected to result in a drop in emissions of 1 million tons of CO2 equivalent, according to government plans. “But the cost of achieving this — the deforestation to make way for the acacia and eucalyptus plantations — would result in emissions of 469 million to 489 million metric tons CO2e.” Almost five hundred times as much.

Biomass does not curb coal use in Indonesia

Moreover, the government continues to focus on coal-fired power plants by increasing their overall electricity generation capacity. The result is that the use of the most polluting source is set to increase, something that is already happening). While it is true that from 2020 to 2021 the amount of biomass used for co-firing increased from about 9,700 to over 280 thousand tons, it is equally clear that this expansion has not resulted in a decrease in the amount of coal used. Which rose in the same period from 66.7 to 68.5 million tons.

Deforestation is a long-term problem

Over the past 20 years, Indonesia has experienced an economic boom based largely on the exploitation of natural resources. The costs generated, however, have been enormous. Global Forest Watch, a project of the Washington-based nonprofit organization World Resources Institute, estimates that from 2002 to 2021 the country lost 9.95 million hectares of primary forest, or about 11 percent of the total.

In 2010, the government of Norway had signed an agreement with Jakarta to boost the fight against deforestation. The deal, reached under the United Nations’ REDD+ mechanism, committed Oslo to fund the Asian nation’s climate mitigation efforts with $1 billion. About a year ago, the contract was scrapped.

Indonesian authorities made it clear that the end of the deal would not affect the government’s commitment to cut emissions. A reassurance that failed to convince environmentalists. According to Greenpeace‘s forest conservation campaign director in Indonesia, Kiki Taufik, in particular, the cancellation of the agreement would be nothing more than a prelude to a loosening of controls on logging.