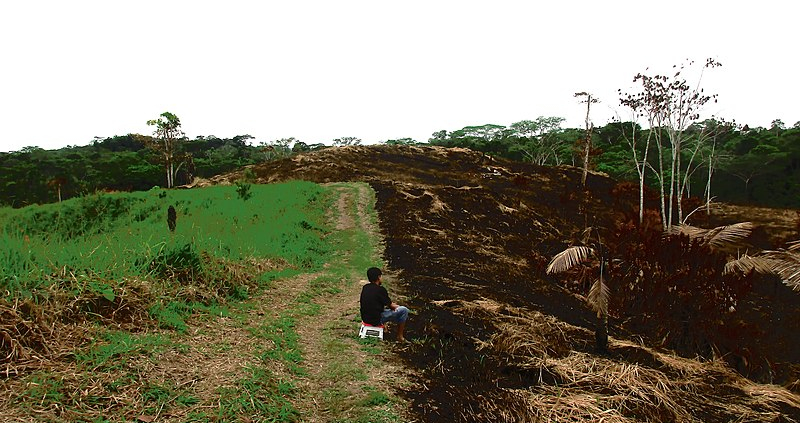 The remarks of the UN economist at the European Environment Agency: “Protecting nature means fighting inequality between nations, the social gap and the generation divide”. Climate mitigation and biodiversity protection are crucial

We can assign an economic value to nature and put more emphasis on it. But that wouldn’t be enough. The truth is that we are dealing with an “institutional failure” in the way “we regulate economic and financial activity and we measure progress.” That’s the verdict of James Vause, lead economist at the World Conservation Monitoring Centre of the United Nations Environment Programme. In an interview published by the European Environment Agency, Mr. Vause once again raises questions on unsolved issues such as biodiversity crisis and the unsustainable exploitaton of natural resources.

It presents an overview of the problems Europe’s nature is facing and points to strategies to reverse the situation.

The report includes an interview by @herbivause, Lead Economist at UNEP-WCMC.

“We need a new Marshall Plan to protect biodiversity”

Mr. Vause is not unfamiliar with this kind of analysis. In February this year he was among the authors of the Dasgupta Review, the survey commissioned by the British government to assess the economic impact of the so-called “twin crises”: climate change and biodiversity loss. The authors recommended the pursuit of nature conservation policies and investment choices designed to prevent environmental damage and financial loss. Both actions require an enormous economic effort. “If we are to increase the supply of natural capital and reduce our demands on the biosphere, large-scale changes will be needed,” Vause notes. “These changes must be supported by levels of ambition, coordination, and political will no less important than those that characterized the Marshall Plan after World War II.”

The link between nature and the economy is attracting increasing attention. In July this year, a joint report by the European Central Bank and the European Systemic Risk Board highlighted the dangers associated with the lack of climate mitigation actions. “Failing to address climate-related risks could see a 20 per cent drop in global GDP by the end of the century,” according to the survey. The weight of natural assets, after all, is notoriously immense. World Economic Forum, says Vause, has highlighted that “around half of the world’s gross domestic product (GDP) is moderately or highly dependent upon nature.” Which means that natural resources, in addition with other factors, contribute every year to the creation of a $40 trillion wealth.

The protection of these assets, says the economist, “Ultimately depends on countries’ and their leaders’ commitment to allocating sufficient resources to address biodiversity loss.” The EU Green Deal is a good step, he adds, as well as the commitment signed by 92 countries at the UN Biodiversity Summit in 2020. But what is needed is “coordinated action at an enormous scale”.

The problem, says Vause, is that protecting the environment also means fighting inequality. Over-exploitation of resources and the loss of biodiversity, in fact, is creating a widening gap on three levels. The first one is the gap between countries which is fueled through global trade by the richest nations whose demand exceeds nature’s supply capacity. A second discrepancy occurs within society. Since “the benefits of engaging in trade aren’t necessarily captured by the poorest in society” who, “are also likely to bear the greatest costs of any biodiversity loss associated with trade, as they rely most heavily on nature in their day-to-day lives.”

The third form of inequality is between different generations. “Our world is changing very fast,” says Vause. “If we delay action on biodiversity by a decade, the costs of stabilising biodiversity loss double and the chance of maintaining levels of biodiversity similar to those we enjoy today disappears.”

The hope for a change in nature conservation is tied to growing public awareness. “I think COVID-19 has given us a bit of a wake-up call”, says Vause. “In the Dasgupta review, too, there is a focus on the idea of socially embedded preferences, meaning that a person’s behaviour and practices are influenced by the behaviour and practices of others. This offers hope that widespread behaviour change could be possible, and at lower cost than we might expect if people like to conform. The current fashion for more plant-dominated diets could be a good example”.