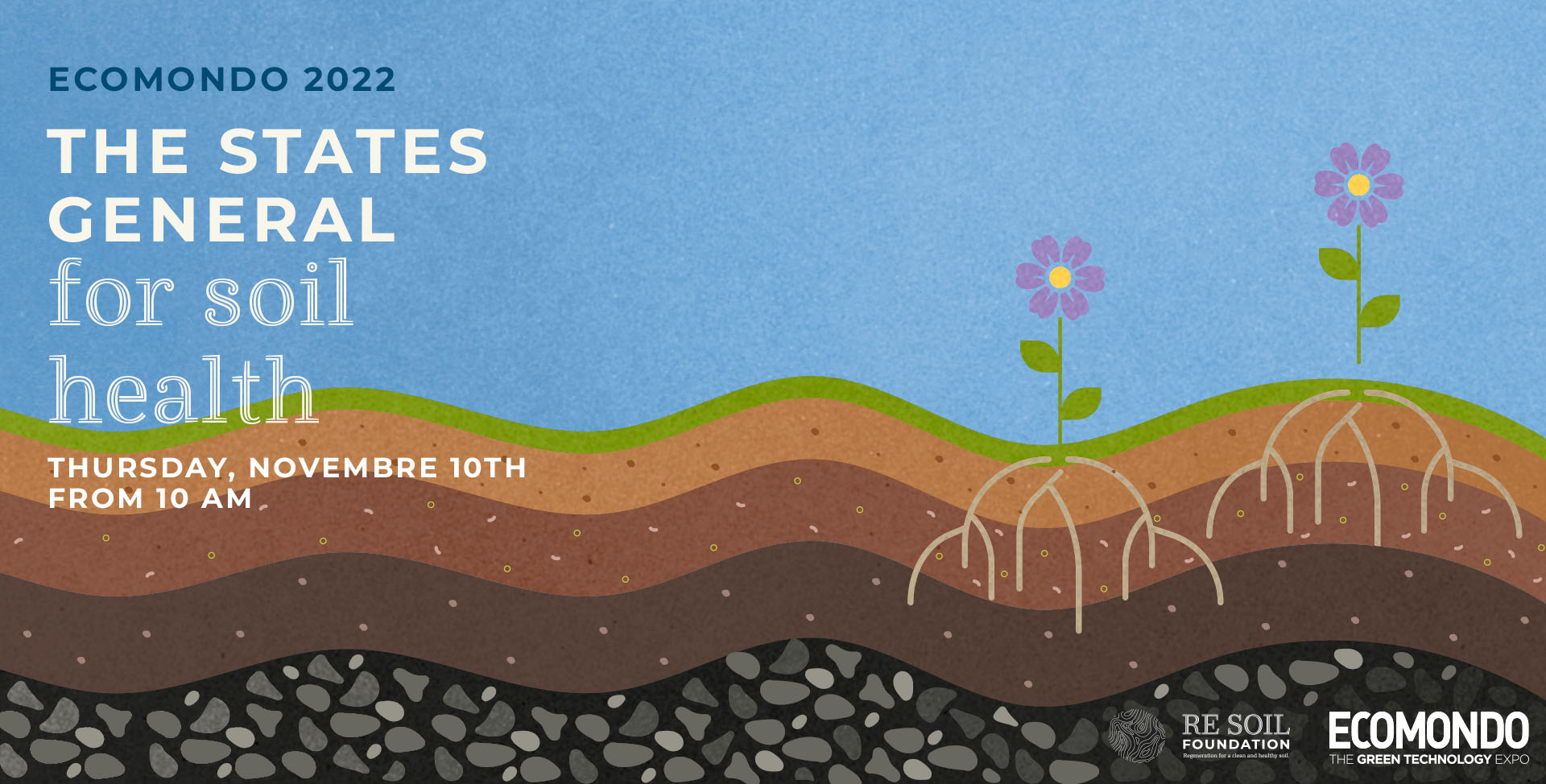 According to the ‘Caring for Soil is Caring for life’ report published by the European Commission in 2020, 60-70% of all European soils are unhealthy due to current management practices, pollution, urbanization, and the effects of climate change: specifically, 25% of soils in southern, central, and eastern Europe are at high or very high risk of desertification, while today’s rate of soil reuse is stuck at 13%.

The estimated cost associated with soil degradation in the EU exceeds 50 billion euros/year.

For these reasons, the health of this valuable non-renewable resource has been identified by the European Union as one of the 5 Missions – A Soil Deal for Europe – launched by the Commission to address science and innovation towards the challenges our society is facing. Soil becomes a key element of the Green Deal to support Europe’s growth aimed at achieving zero net soil consumption by 2050.

Soil protection contributes to further challenging goals such as reducing greenhouse gas emissions to the atmosphere by 55 percent by 2030 and achieving climate neutrality by 2050.

In an increasingly uncertain economic and geopolitical context, in which Europe and Italy are facing a growing scarcity of raw materials, restoring the health of our soils, curbing their degradation and consumption will be crucial to increase our self-sufficiency and support the industrial revitalization of our country and Made in Italy.

Today, in Italy, more than a quarter of the land is degraded and soil consumption causes our country to lose about 2 square meters/second.

That’s why the National Coordination Group for the Bioeconomy (CNBBSV) of the Presidency of the Council of Ministers, which also comprises: MIPAAF, MUR, MISE, MITE, MI; 20 Italian Regions; The Territorial Cohesion Agency; 3 Technology Cluster (Spring, BIG, CL.A.N.), in collaboration with ISPRA, CREA and Re Soil Foundation (founded by University of Bologna, Coldiretti, Novamont and Turin Polytechnic), launches in Rimini the first States General for Soil Health conference, an open, shared and participatory advisory event which aims to set the course for soil regeneration, a non-renewable resource crucial to ensure life on Earth but increasingly at risk.

The States General for Soil Health therefore intend to bring together the main national and international stakeholders and experts to draft a programmatic platform aimed at supporting the development of an Italian Soil Strategy, through the analysis of the environmental, economic, legislative and social scenario, of good practices and multidisciplinary and multi-actor existing projects, which are already providing answers in this direction.

The States General for Soil Health will take place for the first time on 10 November 2022, with the aim of presenting the European policy framework in the morning session, and the state of the art at national level in the afternoon session.

10:30 Soil strategy for 2030: Soil in the European policy framework and international
agendas

5:00 The importance of research and funding for soil protection and regeneration: what
more could be done?
Introduction: Walter Ganapini, Re Soil Foundation TSC President
Michele Mazzola – Head of International Research MUR